You play Agent 47, a secret assassin, and work though levels knocking off targets and anyone that gets in your way! 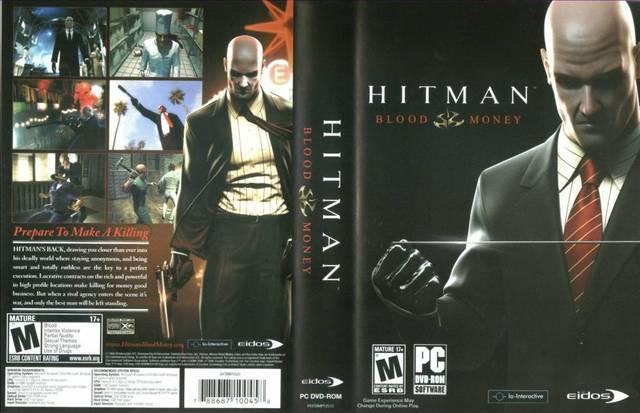 First off here are the specs pulled from the readme file

At first I hated this game, then I understood it and grew to like it. And now I love it!

Not having played any of the previous Hitman games, I can't comment on if it's progressed well. But what I have read, I haven't missed much.

This game's filled with beautiful women and some of the best-crafted 3D characters (Both Male and Female) I've seen. It is graphically superb. The brilliant story line has more twists and turns than a twisty-turny thing. The gameplay is also very addictive and compelling. There is no linear way to achieve your goal and win a mission. In fact, the only things I fault this game on are a few bad decisions by the game's creators. Before you say it, I installed the patches (plural) and they make no difference glitch-wise.

I played the demo of this game first and for me it was a bad selling point. It was awful in fact, and was probably why this title has been passed over by many gamers. It has its problems with gameplay, and is a little buggy at times. But trust me, the game itself is worth a play, as it offers so much more than the first level, which you just have to bare in order to realise its potential.

When I played the demo I was greeted with this game that was supposed to be stealth and action. I tried it out and found action only. Great you say, yes I am partially into action myself. However when confronted with a game that claims all the things Hitman: Bloody Money did, I wanted more. Now Splinter Cell, Chaos Theory and Double Agent, that is stealth!

In the first level you are given the mission of killing a man who has done bad things, an amusement park owner named Mr. Swing King. H is a negligent type of a man, and you almost feel sorry for him, but you have a job to do. You work your way through the level, and are told what to do; it is a training mission after all. Kill this guy, distract that guard and poison the secretary. (If you'd seen her, what a waste. Blonde, dumb and big boobs, need I say more?)

And at the end of it I found myself with absolutely no love for this game. The way the demo ends is with a newspaper headline that reveals how well you did. Only it seems like a silent assassin's worse nightmare. No matter how many times I played the level, trying different methods (sneaking past this guard, dodging that one, admire secretary from the closet), nothing seemed to work.

Several months later, I got my hands on the full version. And was disgusted to find that the first level is the demo version. I knew then that I would hate the game, so I played it some more! Well I didn't want to get rid of it, which would have been a waste of a trade!

But in the second level I understood the potential of the game. You are told the targets; you are given a choice of weapons, and are allowed to modify them. And that's it, bang, straight into the game! No hand-holding here. You walk around observing, studying and planning. Then you make your move. You are given total freedom, and one of them is to slaughter everyone and still win the level. Of course you have "notoriety", and as you progress through the levels the more bodies and witnesses you leave the harder the next level will become.
There are so many entrances, exits, people, disguises, weapons and different ways of doing things. You can make certain deaths look like accidents, or you can kill people brutally. Sometimes you can make others kill for you. It is your choice.

There are still things I don't like about this game. I had a problem with its save method. You create a profile and get a number of saves, depending on the level of difficulty you choose. That's fine. But if you quit the game you lose everything. You have to finish a mission completely, otherwise you lose all the save games for that level. It's a minor point, but sometimes you don't always get time to play a whole level!

Then, every time I loaded up the game, it prompted me to choose the level difficultly. Being human, I don't want to be polled all the time. It gets annoying!

Also, this game's really bad when it comes to bugs and glitches. For example, within the first level, when I tried to strangle the secretary, when she drank the poison it looked so painful, it was a compassion killing. Anyhow, I snuck up behind her and if you don't get your angle and distance right it can go pear shaped. And I am talking about really up close and personal, close enough to whisper sweet nothings in her ear as you slip on the shiny necklace of death.

The funny thing is, she turned around and I didn't get my chance. And it was a full 30 seconds before she spotted me and ran away in terror. She hadn't noticed a strange looking man with cheese wire between his fists trying to strangle her.

The next case was a guard who spotted me. I happened to be near a closet and ducked inside. He spent the next minute running to and fro trying to find me. He even had trouble spotting me when I jumped out, giving me time pull out my gun and shoot him.

You'll meet a whole range of these encounters in the game, and these times can test your patience, normally to the point where you whip out the old trusty and start gunning everyone down. But don't underestimate the game just because of these points. It truly is a work of art, if killing is one!
Review Page Hits: 0 today (426 total)
mediahook