Only recommended for die-hard J.R.R. Tolkien fans and young gamers... 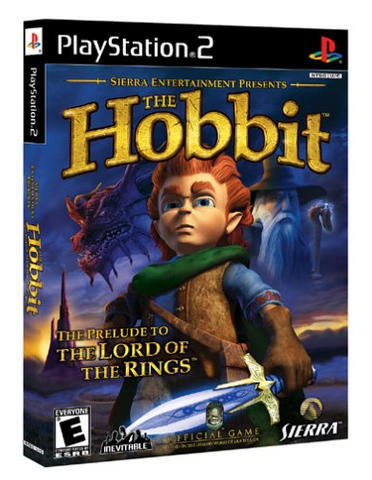 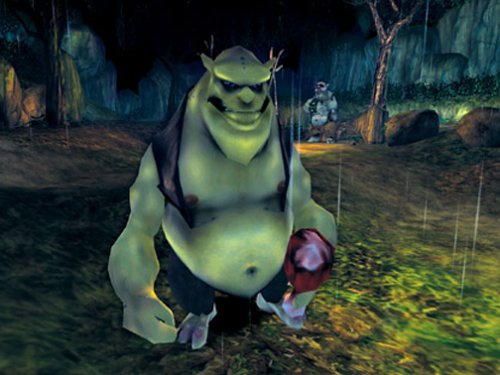 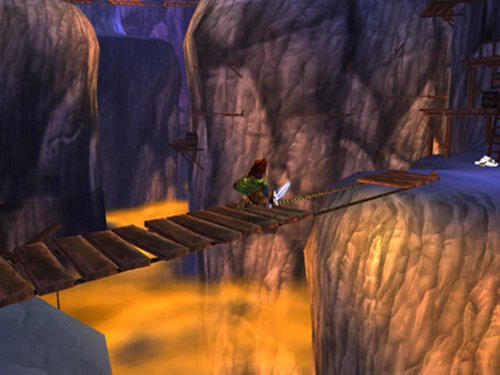 You knew it had to happen. After the financial success of the Lord of the Rings trilogy at the box office, savvy marketers were bound to look for more ways to cash in on the extravaganza. One such source is the novel The Hobbit which was the first book published by Tolkien about the famous short hairy half-men. The Hobbit follows Bilbo Baggins in his younger years as he is introduced to Gandalf, Gollum, the dwarfs, and eventually.... the one ring! Now you can play the adventure on the PlayStation 2 and while it's a nice tribute to the fantastic world created by Tolkien, the game probably won't win any game of the year awards anytime soon.

For Bilbo Baggins' first trip to the PlayStation 2, the developers decided to create Middle Earth in the form of a quasi-platformer. Many of Bilbo's adventures play out similar to a Super Mario Sunshine full of goblins and trolls. The developers did however add a few RPG elements such as a tiny inventory system, side quests, combo attacks and dialog. In the game's best moments, such as the first level in Hobbiton, all of these elements saturate the game, but unfortunately, those levels are rare, and most of the game is focused around a simple platformer theme that is fun at first but quickly becomes repetitive.

The graphics in The Hobbit are fairly decent compared to its peers. The artwork is a nice colorful blend and it adds to the light-hearted platformer theme that the developers were attempting to convey. Unfortunately, the same praise can't be laid upon the audio aspects of the game. While the sound isn't terrible, the game is full of bland music and action noises that don't do much to enhance the gaming experience.

One nice feature in The Hobbit is that it allows you to save the game often. At designated points, the game will allow you to create up to four save slots on your PS2 memory card. This luxury is what might make the game fairly tolerable until the end for some gamers. Instead of forcing a gamer to go through the same frustrating level, you can start at various points throughout it. If you need to save space on your memory card, The Hobbit isn't too bad on storage room. All four save games won't take up a significant portion of your memory card.

If you're looking for a game with the same atmosphere in Peter Jackson's Lord of the Rings trilogy, you may want to skip The Hobbit. The game is actually more faithful to the original late 1970's cartoon movie. If you are a fan of the less-talked-about animated movie, The Hobbit, you may want to try the game because you'll notice many similarities. Some of the dwarven voices even sound like the ones in the classic cartoon. Book fans will be delighted too because the game does use most of the main ideas in the novel, although it does take liberties at times so that the game can be lengthened.

Now that the Lord of the Rings trilogy has left Hollywood, if you've already read the books, entertainment such as video games may be your last chance to relive the fantasy of Middle Earth. At times, The Hobbit can remind a gamer of the creative works of J.R.R. Tolkien but those moments aren't as often as one would like. If you have children who are looking for a new game, this might be the type of easy action-adventure game that will keep them preoccupied. Die-hard Tolkien fans may also want to give it a spin. If you have plenty of games to burn, it's worth a shot to trade for it on Game Trading Zone, but you may want to consider keeping this game to a rental.
Review Page Hits: 1 today (195 total)
mediahook