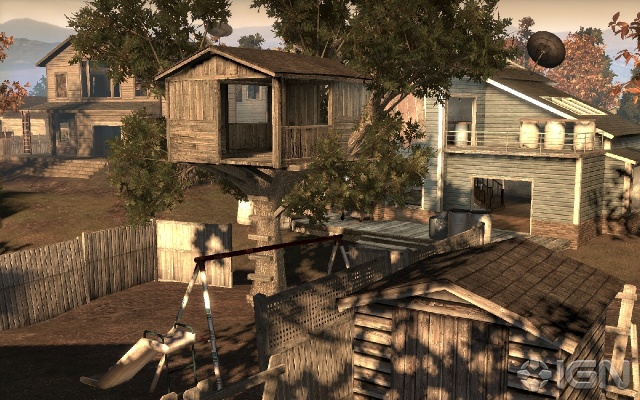 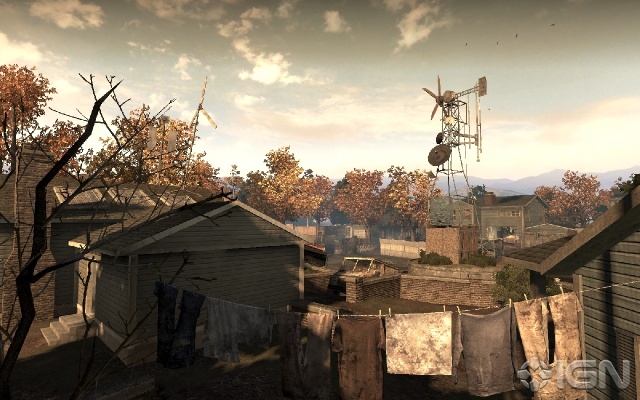 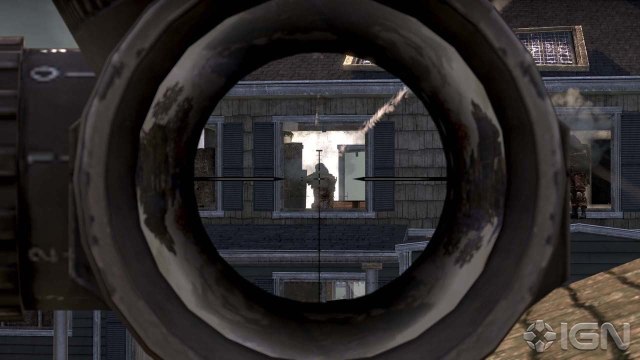 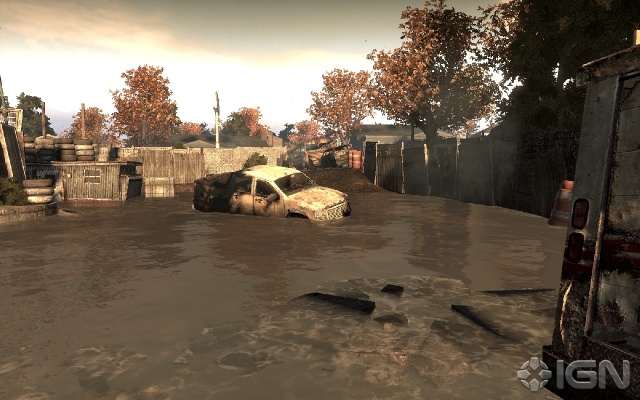 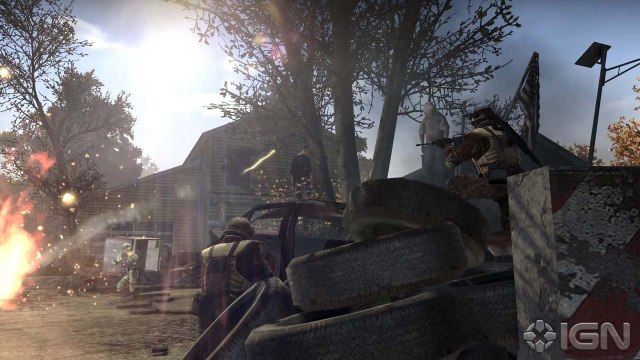 When I first saw Homefront, the storyline of North Korea attacking the United States really intrigued me so I pre-ordered the game. It was a pretty big mistake. The campaign was very short and the multiplayer was sub-par at best.

I'll start with the campaign. The way it was described by the developers pre-release was that it would be different from most FPS games in that you wouldn't hear the heroic music right when a firefight starts. They claimed you would just hear the battle and what's around you (crying babies, civilians, etc.). This was true in the first mission since all you heard for about five minutes of fighting was a baby and its mother crying next to you. After this however, it is just like any other FPS. They play your average instrumental heroic music the entire mission.

The gameplay also was promised to reinvent the genre, but it, too, fails to deliver. The only difference between this game and most FPS games is that you spend most of your time laying in cover and throwing grenades at spotlights so you will not be spotted. The rest of your time is spent running through back alleys with the occasional 5 vs. 250 massive firefight that you can always somehow win. When you encounter these large armies I can see why a small squad can take them out: they aren't very smart. All the A.I. does is stand and shoot an entire magazine and then stay standing and reload. To make it even easier, the majority of the time they all reload at the same time, giving you a perfect chance to take several of them out without a worry. I will say that some of the cutscenes are done quite well and are interesting to watch, but that still didn't salvage the horrible gameplay. The campaign is also very short. It should take no more than seven hours to complete, even if you play on the hardest difficulty.

Multiplayer is quite different from most FPS games. You earn credits for kills and completing objectives, and these credits can then be used to purchase air and ground support or updates to your soldier. This is great until you realize how unbalanced it is. You can buy a UAV drone with the initial 500 credits everyone gets at the start. Most people do this and spot people until they have enough credits to buy a helicopter or heavy tank (this takes less than five minutes and when a tank or helicopter is called in that early, no one can do anything to destroy it). This is when the unbalanced gameplay really starts. It is impossible to take out a helicopter without a helicopter of your own and heavy tanks will take 6-8 rockets to the back end before they blow up. Even then most people use a perk so they automatically get out and you don't get a kill. All of the perks either do little to nothing or they, in some way, make the gameplay worse. For instance, you can make your ground drones drop grenades when they blow up (much like martyrdom in Call of Duty). These gameplay faults however are far outweighed by the fact that you can't experience the multiplayer with friends because about 75% of the time the party leader is the only one to connect to a game and about 50% of the time you join in progress it says, "Join session failed." If you happen to get into a game with friend, you are never on the same team for the first game. You have to wait for teams to be rebalanced before the next game starts. There is really no good way to play this game with friends.

A game with such serious subject matter should have graphics to match, but the graphics in Homefront are mediocre, and definitely not on par with the best modern games. In nearly all respects, Homefront's graphics rate below its Battlefield and Call of Duty counterparts. The landscapes and characters just don't bring enough to the table to immerse the player in the game. The guns, on the other hand, look fairly accurate, but it's a shame that most of the graphical power seems to have been concentrated on just the weapons. Cars, buildings, and everything else all look horrible and are made up of 2D models.

The sound in the game is very dull. Homefront doesn't give you the rush of battle when a grenade explodes near you or a gunshot whizzes by your ear. The guns all sound about the same, whether you are wielding an Assualt Rifle, SMG, or LMG. Come to think of it, they sound a lot like paintball guns. You can tell not a lot of time was spent in the sound department of the game. Even the dialogue sounds dull and it repeats itself a little too often in multiplayer, though the single player dialogue is slightly better. The voice acting isn't as poor, as it actually makes you think your squadmates are really scared in the heat of battle. In most regards, though, the sound in Homefront is bland and yoit fails to give you the excitement of war you'd get with Battlefield, Call of Duty, or even Medal of Honor.

As a whole, both single player and multiplayer had great ideas to change the FPS world, but each aspect of the game failed miserably. The game is still a different experience and is nothing like Call of Duty or Battlefield, but it could have been so much better. If you want something new and different I would give it a try, but don't expect to be blown away.
Review Page Hits: 0 today (400 total)
mediahook