A hit or miss dungeon crawler that deserves another look 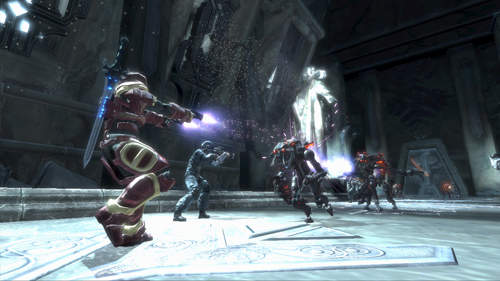 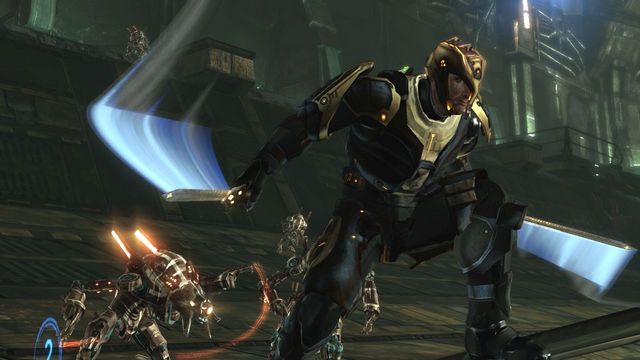 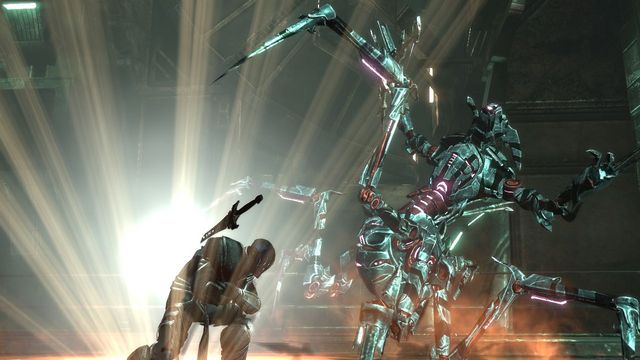 Too Human seemed to take a lot of lumps on its release, with complaints ranging from its nonstandard combat controls to its less-than-epic length to its occasionally obscure plot. Based on the general critic sentiment and lackluster sales, one might well assume that the game simply wasn't any good. But in context when it was released, considering its massive budget, extended development cycle, and other big titles it competed against, Too Human really just failed to meet expectations. And that doesn't make it a bad game. I enjoyed it quite a bit; you just have to be into the specific brand of entertainment Silicon Knights is offering here. Too Human is essentially a futuristic dungeon crawler through Norse mythology, replacing gods and magic with cyborgs and science. And if that right there sounds like something that interests you, you're probably going to like this game, regardless of what other shortcomings you might find.

So while the complaints aren't without merit, they're also not terribly hard to overlook. Yes - the combat takes some getting used to. Although it's effectively a hack-and-slash (or shoot) game, you don't use the face buttons as much as you would expect. Instead, you depend on the two control sticks in a sort of Smash TV homage to slide around between enemies and direct the angle of your attacks. It actually works rather fluidly once you get the hang of it. Would combat be better - or at least easier - if the control system followed a more typical design? Possibly. I'm not going to say I prefer what we got over what we could have had, but what we got is novel, effective enough, and honestly not that difficult to learn.

And yes - the campaign is short. It feels like the game ends abruptly just when the plot really gets going. Almost as if this were only the first installment of a planned trilogy. . . which it is. Given that the sequels are less and less likely as time goes on, this becomes a larger concern. But in spite of that, you're going to get plenty of hours out of this game if you want them. It's infinitely replayable in a Diablo or Borderlands level-and-loot grinding sense. Indeed after one run through the campaign my character was only in the mid 20s with a level cap at 50. The fact that you can replay it all in co-op, and with multiple character types only increases the amount of time you're able to spend here if you really get into it.

But if the story doesn't fully get where it's going, then by extension, yes - the undeveloped plot we're given is somewhat hard to follow. Others have commented on how a Norse mythology 101 course is almost presupposed in order to make sense of what's going on here, but I'm not so sure I'd go that far. With multiple playthroughs (as the game mechanics certainly encourage) the characters and setting become much more familiar and easy to keep track of. If you play enough, though, they also become unimportant window dressing. Just like when you were into Diablo and WoW, your first character was the only time you bothered to listen to any plot.

From the technical perspective, the game is a mixed bag. Overall, it looks pretty good, but you wouldn't be alone if you quite simply expected it to look BETTER. Considering Too Human's budget and development cycle, anything less than eye-popping can be considered a disappointment. In my mind, that was probably the single greatest factor in the overall lukewarm reception. The environments are consistent and well designed, but they could benefit from a bit more diversity. All those corridors start to look the same after a while. Enemy types, too, in fact. Some more variety wouldn't hurt there either. Still, it's absolutely satisfying to crunch drone after drone under your two handed mace. The audio contributes appropriately to this; sound effects do the job in communicating weight and force behind your blows. The soundtrack leans in the techno/electronic rock direction, sort of giving off a Matrix vibe at times. It fits the setting and mood fairly well but you might find it a little bland if that's not your thing. The voice acting isn't particularly memorable, which in my mind goes in the plus column. I generally only notice voice actors who are doing a horrible job, and I didn't notice any of them here. One thing that I did have a hard time ignoring is stiff character models/lifeless animation. While the game proper isn't too bad about this, the cutscenes really should have been better. We're pretty deep into the uncanny valley, here. Some reviews have mentioned framerate issues, but I honestly didn't run into anything severe enough to notice.

In spite of the potential complaints, at its core Too Human is still a relatively enjoyable dungeon crawler because it gets the most important parts right. As all good dungeon crawlers do, it gives you loads of shiny loot and a sense of constant progression, multiple character types with different playstyles, solid combat mechanics and co-op capabilities, and everything happens at a brisk pace (with the exception of the respawn valkyrie - by the way, it's unskippable because it's a disguised loading screen). Too Human is not perfect by any stretch. Indeed, if you're looking to poke holes this game is probably a softer target than most. But if you like a good dungeon crawl, and can put up with the quirks mentioned, you're going to have some fun with this one.
Review Page Hits: 0 today (297 total)
mediahook