Killer 7 is a great new game from Capcom, and it strays far from their usual survival-horror formula. 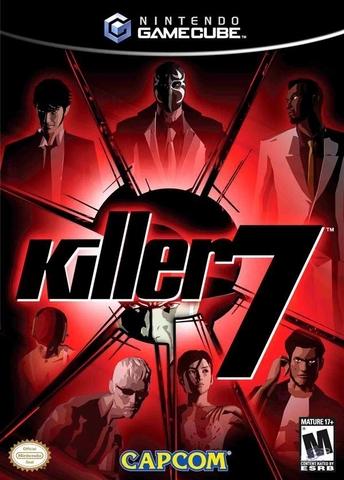 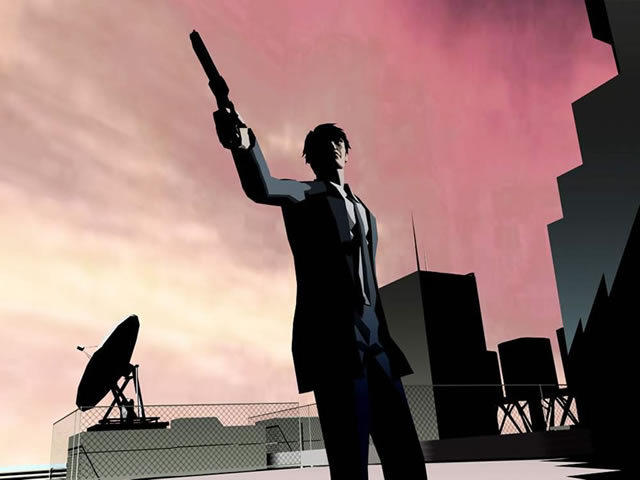 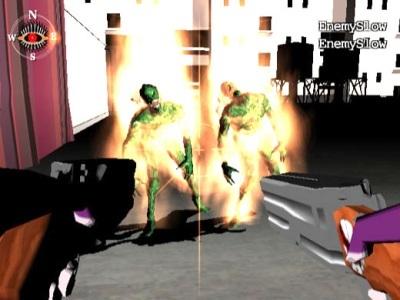 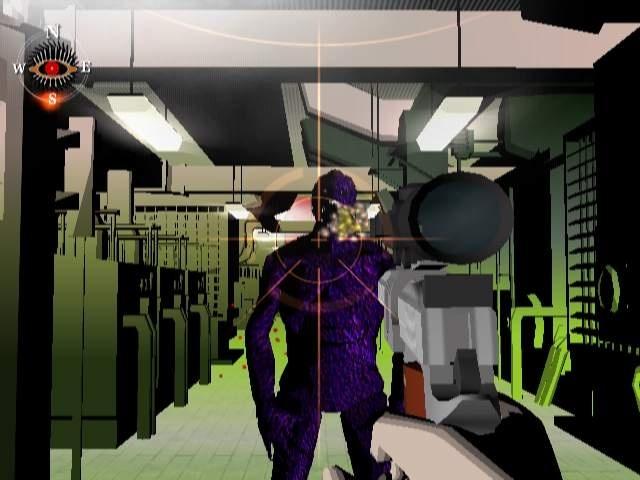 Killer 7 comes from Capcom's Shinji Mikami, creator of the Resident Evil series. However, you shouldn't expect to find another over-milked survival horror franchise with this one.

You are Harman, an aging, wheelchair-bound man with a little quirk -- he has eight different personalities, all of which you can switch between on the fly. Each personality has his/her own special ability, and you will need to use them all in conjunction to get through specific levels.

A radical group named 'Heaven's Smile' (consisting mostly of zombie-esque creatures, clearly Mikami-san's influence) is terrorizing the area and you're hired to stop it. (I'm not going to go further in-depth with the characters or story elements for fear of spoiling anything.) Killer 7 contains one of the greatest stories ever told in a video game. It's very intricate and confusing, and holds many twists and turns you would have never seen coming. The mind blowing and completely engrossing storyline is something you'd expect to see in a wild indie film. The story is what will keep you going throughout the game, as most players will find the gameplay to be pretty bland. When you hit the final episode of the game, everything comes together quite nicely and it's done so in beautiful way. This stage is, without a single doubt, one of the best video game experiences you will ever have. Once you get into the game, you will not want to put the controller down, let alone move, until you finish. Overall, the game is wonderfully directed, amazingly stylized, incredibly written and is accompanied by an above average soundtrack.

As I said earlier, the gameplay gets a tad monotonous, even if it is something most gamers have probably never seen before. It's a rail-shooter engine, meaning you don't really have free reign over where you're moving, or the camera -- you're following along a pre-set track with a fixed camera (which, by the way, never causes problems), blasting everything in your sight. Some boss battles can get quite brutal and are all very much puzzle-based, but it never gets to the point where you want to throw something through the TV. Everything is a bit on the difficult side, but manageable. Most regular enemies have a fairly obvious weak point, enabling you to blow them to pieces in a single shot.

I should probably mention this isn't a game for the kiddies. Sex, strong violence, and plenty of harsh language earn this title its 'M' rating. Unfortunately, Shinji Makami and his team weren't able to see their true vision realized -- all versions of the game suffer from some sort of censorship, with the US Gamecube release (Killer 7 is also on the PS2) being the one affected the least. If possible, I'd recommend you buy the GC version. It doesn't suffer from the same slowdown issues or sluggish load times like the PS2 version.

If you're patient and level-headed enough to forgive the fairly bland gameplay, you will eventually see what an absolutely brilliant gem of a game this is. I guarantee it to be like nothing you've ever experienced.

Killer 7 has a very unique cell-shaded look and it's one of the best uses of the style so far. The graphics are very good looking, but it's hard to tell if they really live up to what the Gamecube is capable of producing. However, they do exactly what they're meant to -- enhance the overall experience and draw the player into the world of the game.

The sound design in Killer 7 immerses the player in the environment of the game. The voice acting is really high quality compared to the laughable attempts at high-caliber acting that we've seen lately. All the stages have very fitting ambience music that works very well, and is sometimes quite creepy. The music for the final stage is especially breathtaking. It works so well with the scene, really taking it to the next level. All the sound effects are well done, and nothing besides the characters' catch phrases (muttered after EVERY kill) feel old or over used.

After finishing the game for the first time, you unlock 'Killer 8' mode, granting you a new playable character and a significantly harder difficulty level. After finishing Killer 8 mode (if you manage to), you unlock another mode, called 'Hopper 7'. It's a little crack at one of the development teams involved (the company is named Grasshopper), where all enemies are giant, alien-looking grasshoppers. Besides that, there isn't much replay value, unless you want to fly through the game again to get a better hold on what the heck just happened (the ending did confuse me a bit). That being said, the game lasts about 10-15 hours, which is comparable to most other action games available right now. It doesn't feel too long, or too short -- just right.

Killer 7 is, hands down, one of the best games this generation. It is a must buy, whether you like action games or not. Despite the relatively bland gameplay, the story is pure genius -- and nobody can deny that.
Review Page Hits: 0 today (559 total)
mediahook