Lara Croft at her best. A great 3rd person shooter with puzzles and challenges galore! 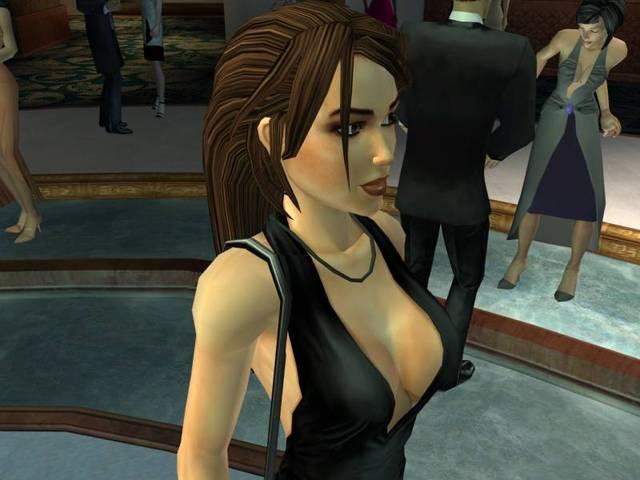 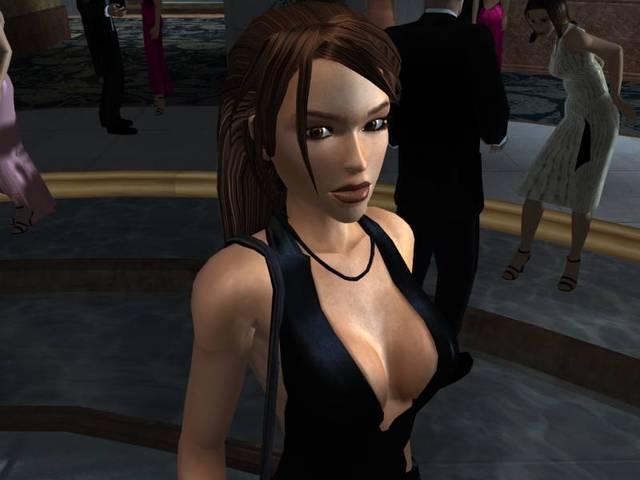 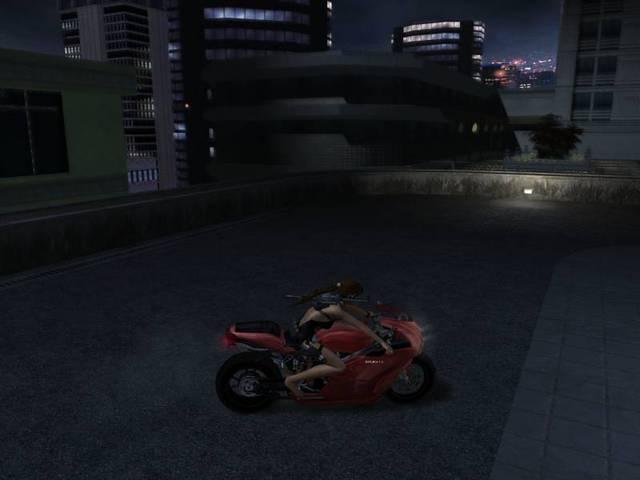 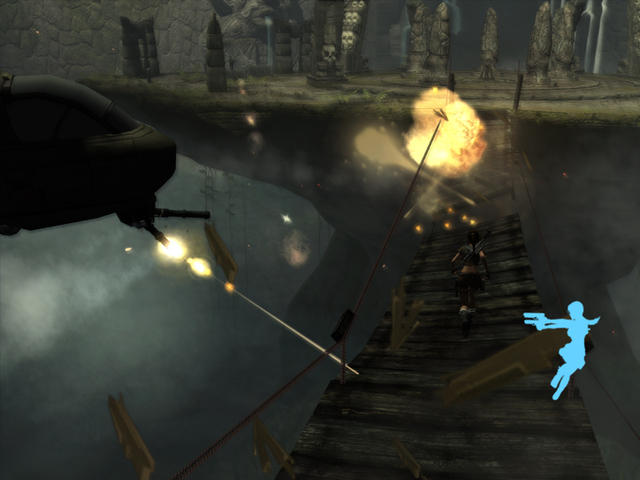 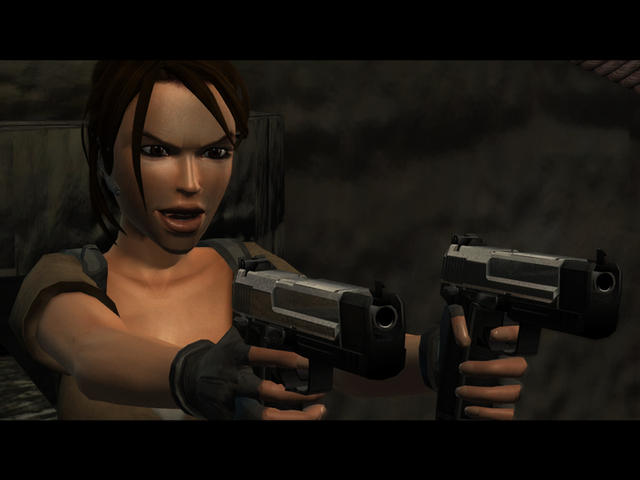 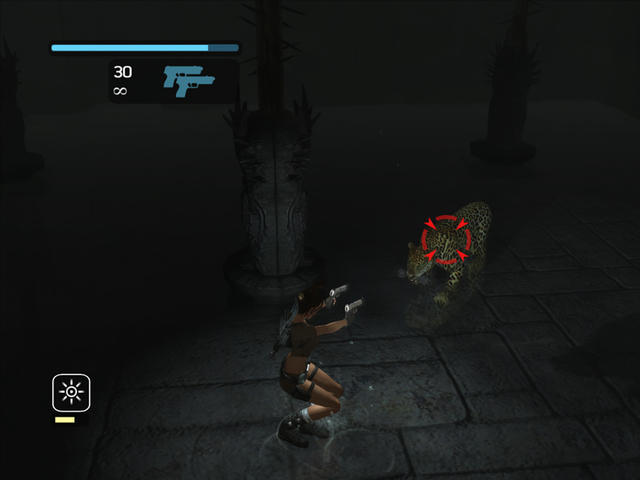 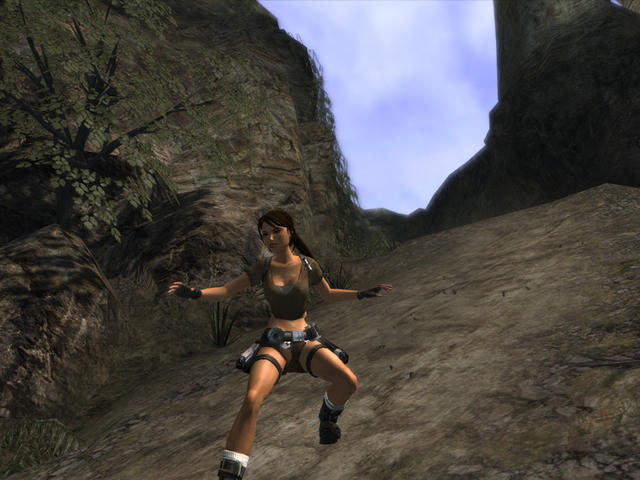 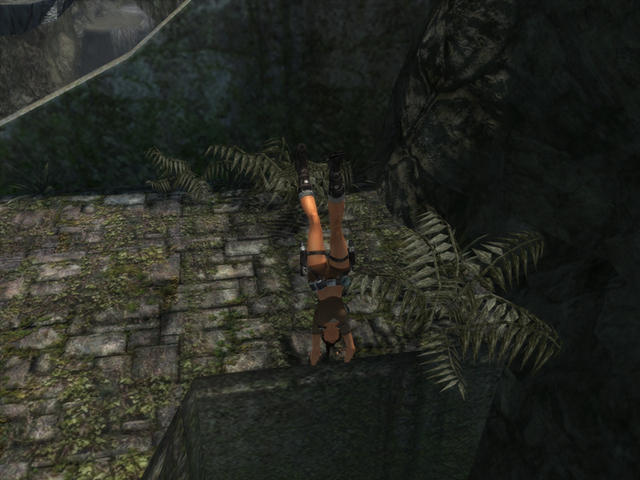 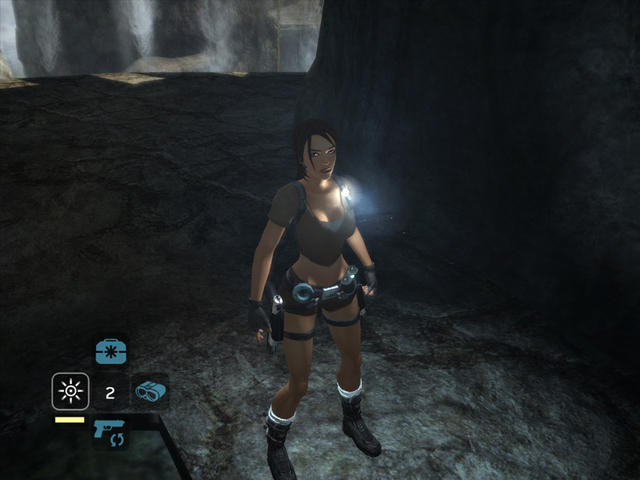 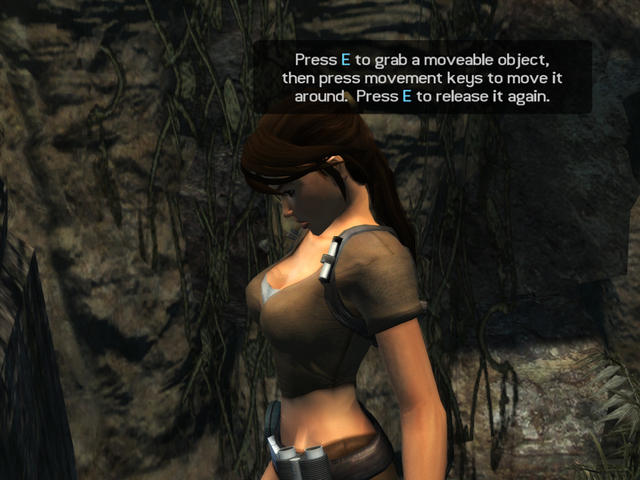 Some 10 years ago, I had a conversation with one of my friends. It went a little something like this:

It's like that joke. What do you call two women holding hands? A Synapse. Well men do the same, we communicate more than the sum of the conversation, especially when it comes to sex.

This was Tomb Raiders' golden age, or as I like to call it, the Lara Croft era. To stress the point, did you know the stock price for the original company (Core, I can't remember) went from Ł0.75 to Ł10.45 in 6 months? Lara and her assets did that!

All too often, when a game uses blatant sex appeal, the gameplay will suffer as a result. (My case being Playboy Mansion, Lula 3D and Larry 8) This is probably one of the main reasons I have not touched the Tomb Raider series until Legend. That; and action games were never really my genre, I always preferred strategy.

Plus to be honest, I never thought of the Lara Croft model as sexy. Call me whatever you want, but there is not enough polygons to make the "old" Lara Croft model sexy. I have probably upset many people, but to me she always had the look of a blow up doll.

Having said all this, the "Legend", Lara Croft model gets a resounding "phoarrrrr....". And some more cynical than myself might point this out as a flaw. As it is hard concentrating on gameplay when riding such a fine filly.

The graphics are superb, but fundamentally flawed. I have always said this about Eidos, they produce great looking games but with lots of bugs in the code. Tomb Raider: Legend suffers from this too, even with the patches (Latest version 1.2). They have a feature the options menu, "Next Generation Content", allowing you to enhance the graphics. I have a 7800 GTX with 512MB, and still this would not run properly. (See Pic 1 and 2 for quality difference!)

The game would jerk every second. Looking to the manual for answers, it stated that the video driver needed upgrading. But even using the latest Nvidia driver will not solve the problem. That is when I found a website that offered a modded Nvidia driver for the Geforce 8800 series. Luckily this worked!

When I say solved, I mean it no longer jerked every second, but every 5 -- 10 minutes or when the screen was busy. So I was puzzled, what kind of card would be able to support this advance graphical feature, as it came out before the Geforce 8800 series. It seems that the only answer is a dual graphics card. This is annoying, as I had to install a driver that is not intended for my card in order to get this feature to work.

And yes, Lara looks ten times better, see the screenshots. But to be honest I think the gameplay suffers quite badly as a result. This is what happens when developers rush to meet their deadlines. (NEWS: for Nvidia cards; May 2007 Nvidia have released the 93.71 driver, this should allow your game to run correctly, as long as you have a good graphics card or SLI.)

All in all the gameplay is fantastic. I was shocked by how much fun I had with Lara ... errm ... speaking in the platonic sense! From the introduction, Lara is depicted as an action sort of girl, everything from this point forward is exactly that, pure action.

There are puzzles, traps and levers to challenge your brain. Though the puzzles are not hugely complex, mainly due to a unique hint tool. Lara can use her binoculars to study things and give you vital hints about certain objects. Certain things like a ledge, to which she retorts "Something I can hang on to!" I felt belittled when I heard that.

Lara is able to hop and fight better than any one I know. And makes me wonder, like MORE than half the world's population; what is she like in bed? An added bonus to Lara fighting style is the destructible scenery called Hazards. The most memorable was early on, when poor "Joe bad guy" happened to be standing under a transformer I shot at. The next thing he was on the tail end of 40,000 volts. "Shocking!" (Sean Connery accent)

There are some other interesting features too. A sort of game/cut scene thing. This is where Lara is in cut scene mode, but you have to press a sequence of buttons to get through it. Though they aren't difficult, normally ranging from 3 to 4 buttons having to be pressed. They are funny if you fail, as the cut scene will show alternate endings. Trust me; every so often do not press that sequence button. (Especially on level 5: Kazakhstan, when Lara is on top of the train. "Ouch!")

Based on this, I will be lining up for Tomb Raider: Anniversary. Happy Birthday Lara! 10 years older and still looking good! In conclusion, Legend has three outstanding factors. All of them looking pretty damn fine from where I am sitting! Oh yeah and the game is great and challenging too!