The Lord of the Rings: The Third Age (PlayStation 2)

LOTR:TA does what it needs to with overall fun gameplay, but it is a little too easy. If you're a newbie looking to see what the hub-bub is about RPG's, this is a great game to try out. If you're a hardcore RPGer, you may want to steer clear. 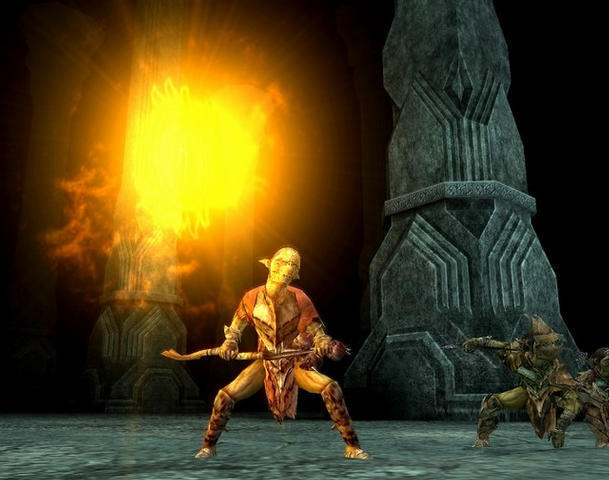 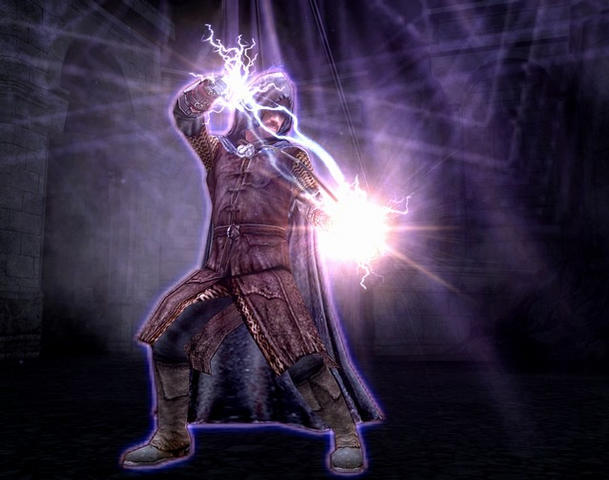 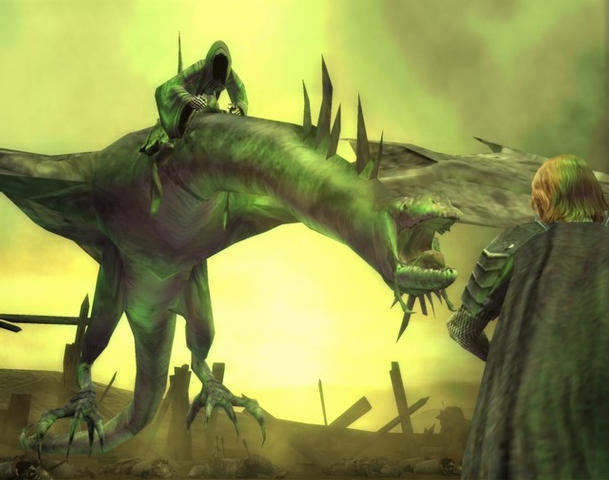 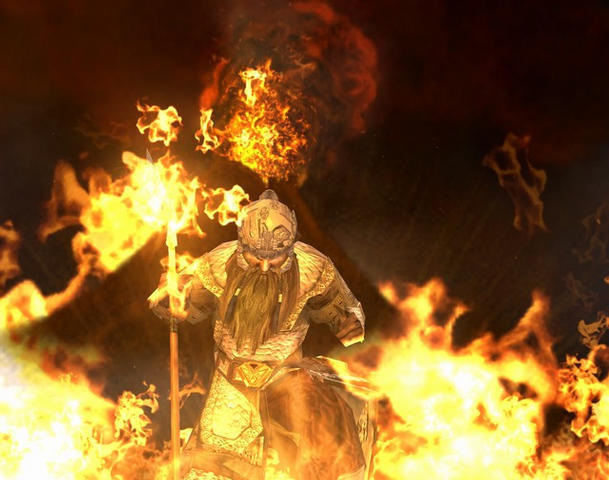 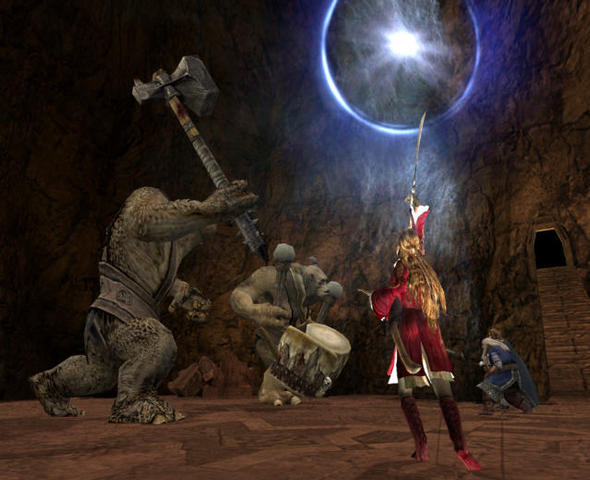 I am a HUGE fan of both the books and movies of Lord of the Rings. So, when I heard about an RPG involving the movie, I was excited. Then, I heard the gameplay was going to be just like Final Fantasy X. I was now very excited! Final Fantasy has had me hooked on RPG's for years and something like FF with the LOTR storyline? Absolutely fantastic! So, the day it came out, I picked it up, popped it in my PS2, and away I went. About an hour into it, I was curious as to why I was playing this game, but yet, I couldn't put it down. Then 2 or 3 hours go by and I'm still playing, though I'm not sure why.

Let me first point out the pros of this game. The visuals are very nice to look at. Special attacks and magic spells are pretty eye candy and the orcs, wargs, and trolls are very detailed. When you get a new piece or armor or weapon, you see your character wearing or wielding this new equipment in battle or on the field. Whenever you clear a region, it unlocks the 'Evil-Mode' of that region, which can lead to some great new items for your heroes in the main storyline. Also, you can unlock 'Epic-Scenes of Middle-Earth', which are scenes from the movies clipped together and Gandalf doing voice-overs telling you about people, places, and things that are happening in the story at that time. These are quite nice as there was one scene that I received that told me some information I never knew about in the LOTR universe. That was a nice addition.

Now for the cons. The storyline ties in with the Fellowship story quite well, though you don't really care. Nor do you care about the characters of the game. To me, this is the worst thing that can happen to an RPG. Without a story or characters, I really don't care for it. What do I care that this guy gets where he's going or this one has his family killed? I don't because I don't know these characters and there is no reason to care. I explained how the game feels to me to a friend of mine and I felt it was a good assessment, so I'm going to use it here. You're watching a football game, and you see that the quarterback and the wide receiver are racking up points and they are winning the game, BUT during the entire game, they focus on the left guard. About how he is positioned, where he's standing, when he goes to the bench, whatever. Every once in a while, they'll tell you that the quarterback threw 6 touchdowns and the wide receiver made a backflip catch, but that's it, they still focus on this left guard. You just don't care about that left guard, you want to see the quarterback and wide receiver. That's how Third Age makes you feel. You hear about the Fellowship and the things that are happening, even get thrust into it every once in a while but you never actually get invovled with it full-time.

Yet somehow, Third Age kept me coming back. Maybe it's because I'm an LOTR fan or maybe it was the chance to participate in some of the great battles that made the movies so spectacular. I'm not sure. Whatever it was, I did enjoy what I played.

The gameplay is simplistic and without much of a storyline, gets kind of old. The replayability of this game is almost non-existent as without a story the first time through, why would you want to do it again, aside from maybe picking up some new goodies from your previous adventure. But I still don't think it would be worth it. In the beginning, the music and sounds of the game are great. You hear some of the music from the movie and you start to reminisce about some of those key moments in the movies. Same with the sounds of spells being cast and people speaking. Then, a couple hours into the game, you keep hearing those same sounds and same music and you want it to stop. Just gets old too quickly, with really no change.

LOTR:TA is a good RPG overall. This is an especially good game for a newbie as it is fairly easy to learn skills and gain levels. Plus, regions are pretty straight forward. So, if you are not familiar with RPG's and want to see what they are all about, this is a great game to get started on. However, if you are a hardcore RPGer, this game falls short in some areas that you are used to in a great RPG and you may want to try the rental idea first. If you are an LOTR fan (of the movies in particular) if may be worth the purchase, just for that alone.
Review Page Hits: 3 today (462 total)
mediahook