Lords of the Realm III (PC)

A realtime-strategy game without the strategy 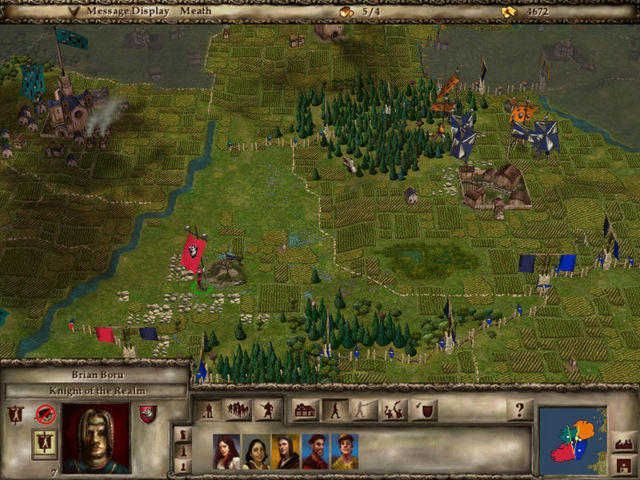 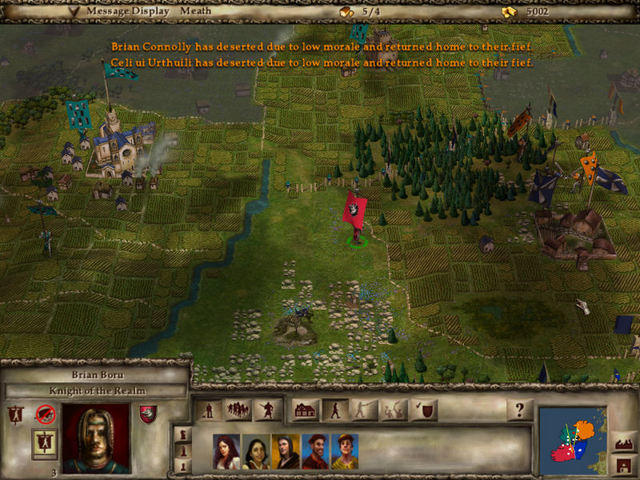 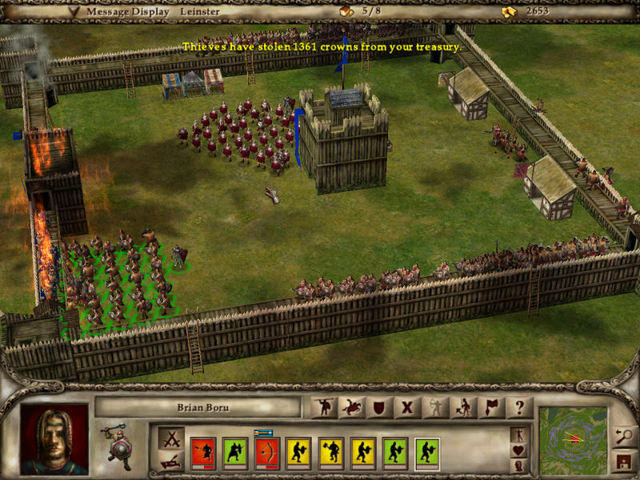 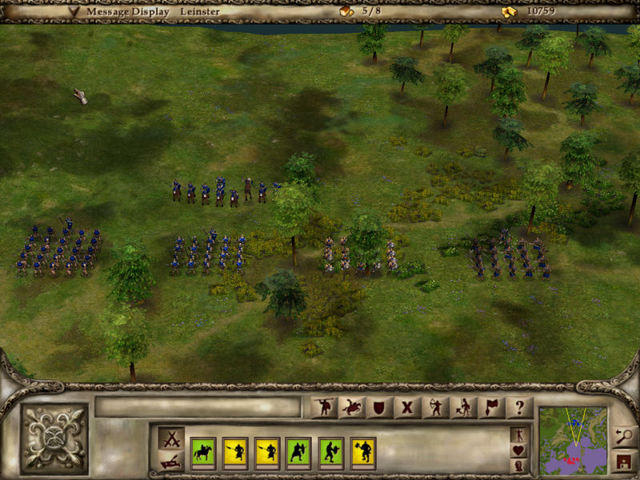 There aren't too many games I dislike as much as Lords of the Realm 3. It has none of the positive elements of 2 and is roughly comparable to watching a computer play tic-tac-toe with itself.
SETTING:
The game is played on a map of various parts of Europe and is set in the Middle Ages. Battles take place on mini 3D maps with a greeny natural setting.
STORY:
Story was never really a part of the Lords of the Realm series since it is a map based strategy game and LotR3 is no different. You play as a monarch who never appears in the game and there's no story beyond the basic 'take over the continent' scenario.
GAMEPLAY:
The general premise is that you control a region on a map and produce armies and fight battles in an effort to take over the whole map. The only variation is that temporary alliances can be formed. All these gameplay conventions are pulled off in an abysmally pointless and frustrating way. To elaborate:

--Timing
The worst part is that game time NEVER pauses to assess or plan a strategy. Even if you open the menu and go to one of its subscreens, the game marches on and if you don't hurry you'll soon be getting 'The enemy has captured your city!', 'The enemy is destroying your crops!', 'Your troops have deserted you!' alerts. There is a pause button, but you can not issue commands while paused.

--Managing Resources
LotR3 has removed all those pesky (sarcasm) strategy elements that LotR2 had like assigning jobs to choose how your kingdom develops and training custom armies to suit your personal combat strategies. All you really control is what type of person to put in charge of around 5-10 regions in your territory. That's it - no resources, no management, no strategy. If you place a knight in charge of a region, you get a pre-made military unit stationed there, place a merchant - you get gold income, a farmer - food supply, a priest - happier people.

--Battles
Battles can be fought on a close-up mini-map where you control each unit in your group or on the overview map by watching your group's icon 'bump' into the enemy group's icon until one of them disappears. If you choose to control a battle on the close-up map, the game-time will continue to progress outside the battle and you'll soon be getting alerts - 'The enemy has captured your city!', 'Your other army was destroyed!', 'Your wife has left you for the poolboy!' etc. So you will have to let most battles be fought by the computer's AI.

The AI is painfully dumb; even though it will win battles for you a fair amount of the time if you stay in the overview map, if you ever check in on a battle in the close-up mini-map view, half your units will be standing there watching the other half get hacked to pieces or running around in a little confused circle by themselves - perhaps they're doing some ritual dance to invoke the Spirits of Victory.

You'll spend most of your play-time sending your computer generated military units on a painfully slow march across the map to bump into the enemy units and wait till the computer decides which one disappears. I literally only had to touch the keyboard 3 times in 15 minutes of gameplay. When I did try to command a battle in person on the close-up mini-map, I never noticed any difference between unit strengths or benefit from commanding troops directly in a strategic fashion. In the end, winning is usually just a matter of having more troops.

There are also some control problems when you attack a walled city in the mini-map view; sometimes troops will not obey a move command or get tangled and confused instead of climbing a simple ladder.
MUSIC and SOUNDS:
The music is an uninspiring background drone. Not horrible, just undistinguished. There are a few voiced troop responses which sound adequate, but they are too short to really produce any memorable character.
GRAPHICS:
I thought the graphics were decent. I would equate their quality (polygon count, lighting etc) with high-end Playstation 2 graphics. The mini-maps are mainly just painted green ground and 3D trees here and there. Nothing is breathtaking, but the human models are artfully rendered and move with an animated character. They are stylized more than realistic.
REPLAY:
I suppose if you enjoyed it the first time, a second playthrough would vary enough to feel different because you can choose which territory to send your army to and in what order. But, the whole content of this game is so simple and tedious that even variations in who you attack, and when, play out nearly identically.
SUMMARY:
To enjoy this game, you would have to like simple, repetitive, low brain commitment, high stress activities. LotR3's release date was pushed back almost 6 months and then it was announced that it would be released as a budget title ($20). I suspect the game was cut loose unfinished and was pushed out with only a fraction of its intended content intact. It feels stripped and shallow; fans of LotR2's depth will be horribly disappointed.
PICTURE NOTES:
--Picture A and B illustrate troop movement speeds. They were taken 60 seconds apart and show how far my North-bound unit (carrying a red flag) traveled in that time.

--Picture C is a close-up battle mini-map view where I'm attacking an enemy city. All the troops are mine other that those standing on the flaming wall on the left (hard to see). I ordered my archer unit (on the right wall) to attack the remaining enemies 30 seconds ago and they are still standing there confused while a cluster of them is spins in circles at the wall-ladder's base. I also ordered my other troop (the ones circled in green) to climb the ladder and attack the remaining enemies on the wall; they are still just standing there doing nothing. Note that time is progressing outside the battle as evidenced by the 'Thieves have stolen 1361 crowns from your treasury' message.