The end of the Trilogy, but not of the Legend. While we wait for MGS4, we get a chance to see how it all began. Although underestimated and overlooked, Big Boss finally gets his day. 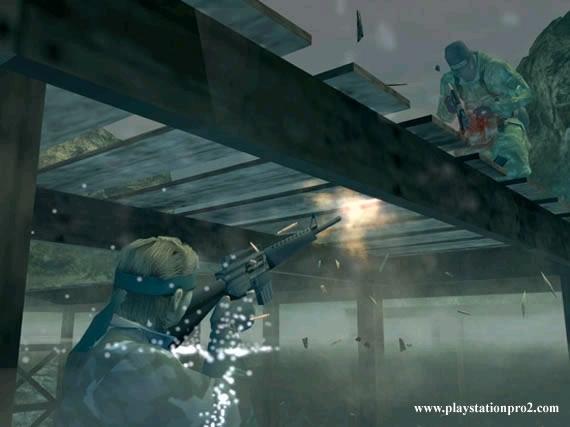 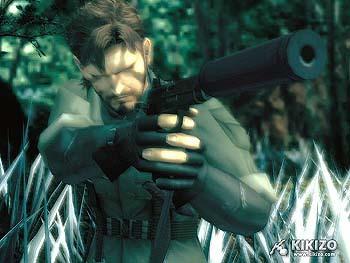 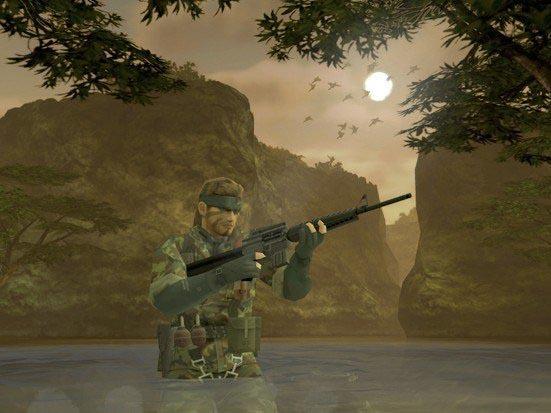 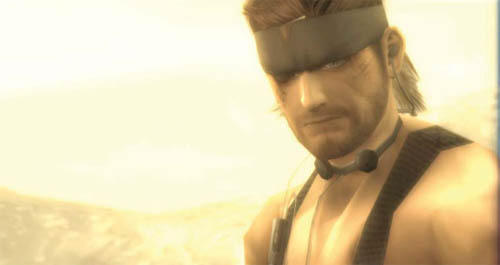 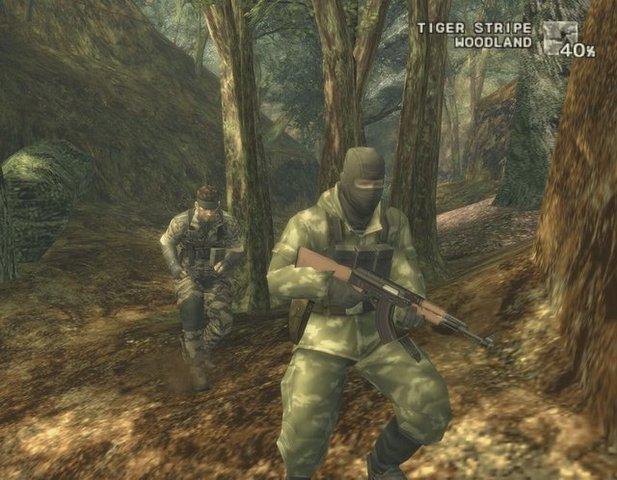 Where to begin. It's hard to really say anything about Snake, because the name alone does it justice. But this isn't about "Solid Snake." This story revolves around "Naked Snake" or better known to others as Big Boss. Yes, the rumors were true that the sequel portrays Big Boss as the hero and not our beloved Solid Snake. But considering how Solid Snake was a clone of Big Boss, the difference isn't really noticeable at all. Trust me, over the course of this game, you will love Big Boss as much, or even more than you loved Solid Snake.

Learning Curve:
Seasoned vets of the first two will have to take a few minutes to adjust to the new camo system, but then they'll be right at home. Adapting to the camo system takes some patience, and the rest just comes natural. Your enemies will hear your footsteps this time around, so you'll end up using the D-Pad to go into "Sneaking" mode, where you basically tiptoe around. And no, using the Analog stick to walk very slowly will not work, they will still hear that. Of course, there are camo's that you can earn down the line that will render your footsteps unheard, but that won't provide much cover in nature. Aside from that, hiding is mostly the same, although there aren't that many lockers this time around to jump into when times get hard. But give yourself a good half hour and you'll have the controls mastered no problem.

Storyline:
Many of you hated MGS2. The story, Raiden, the long boring cinematics, Raiden...did I mention Raiden? At any rate, you'll find very well placed cinematics this time around, with such beautiful graphics you'll want to wet yourself in happiness. No long boring storyline here, nothing but the best is awaiting you. As the game starts out, it will remind you of a James Bond movie, which grows on you and gets pretty damn cool in the end. You'll learn to love Ocelot, and every character portrayed is done so well, that the emotional buildup is intense, and well done. Overall, this storyline rivals that of the first Metal Gear Solid that we all know and love so much. No, there aren't alternate endings this time around, but there are alternate cinematics to find. Whether it be from selecting one item over the other, or shooting someone in the head, or missing on purpose, the last interactive scene boasts four different ways to see it, which is nice. In the end, this story will remind you why you loved Snake to begin with, plain and simple.

Graphics:
In one word, beautiful. Everything is done just so well, it's not even funny. The detail, the environments you go through, everything is so fine tuned and perfect, you'll forget it's a game. As the screenshots show, Snake Eater makes use of weather effects, shadow and lighting, and particle effects. And the cinematics are extraordinary, well done, and just plain beautiful, not to mention they let you see things through Snake's eyes in most of the cinematics. You'll know when you are able to use that viewpoint when you see a little R1 symbol in the upper right hand corner. BUT, there are times when you can see through his eyes in order to see hidden and bonus scenes, but the symbol won't show up. You'll have to experiment with the different cinematics to find out for yourself.

Gameplay:
The camo system is revolutionary, and useful in everything you do. You'll be able go earn new camos that will do everything from basic coverage, to finding items, to silencing your footsteps, to allowing you to control nature, to making enemies not fire at you, to make you smell like you haven't taken a shower in three months, and much more. Face paint is another thing. While there aren't as many face paints to find, they do their job camo-wise. Never fear, the Bandana isn't around this time around for your Unlimited Ammo cheat, but if you do what it takes, you'll achieve an extra face paint that gives you that same Unlimited Ammo cheat. Not as cool as the Bandana, but the same effect none the less. Plus, there is a new story behind Snake's Bandana that you'll find out soon enough. There's just too much to mention really. From shooting down bee's nests to scare away enemies, to throwing trapped snakes at enemies to distract them, or have the snake bite them and kill them, to stealth, to just going mental and blowing the living hell out of anything that moves, this game really has it all. The boss fights will keep you thinking, and this game even boasts a NEW sequence of gameplay near the end that I'm sure you all will love.

Sound:
Again, the sound in this game is incredible. Each weapon sounds different when it fires, when you reload, and when you run out of bullets. From getting electrocuted, to hearing the grass rustle next to you, or 50 feet from you as a snake slithers around quietly, or a rabbit moves around, this game has thought of everything as far sound is concerned. And really, who wouldn't enjoy Snake busting out the M63 and screaming at the top of his lungs as he unloads 500 bullets a minute at any moving thing. Also, the voice overs for the cutscenes are great, if not incredible. A few lip sync problems, but they're easily enough ignored in the long run. Expect a great soundtrack as well through the entire game. From the whistling of the wind through the trees, to the heart pounding beats when your being chased by dogs, the soundtrack has it all down perfectly. Expect great sound and music throughout the entire game.

Replay Value:
Anyone who has played a Metal Gear Solid game in the past doesn't even need to ask about the replay value of this game, but for those who haven't, I'll make it brief. Everything. From unlockables, new camos, new face paint, new weapons, new items, and alternate cinematics, I literally mean EVERYTHING gives this game the replay value of the best of them.

Rent or Buy?
Buy. Buy, buy, BUY! Or trade for it, but either way get the damn game already. To rent this game will not give you either the time you need to beat it, or properly enjoy it. We're talking over 30 hours of gameplay here, not including all of the extra modes and hidden areas/stuff to see and get. This is one game you can sit down and enjoy for a long while, guaranteed. Everyone must play this game, one way or the other. And let's hope we don't have to wait too long for Metal Gear Solid 3: Substance, or even better, Metal Gear Solid 4. Oh yeah, that's right, we're not done yet.
Review Page Hits: 0 today (213 total)
mediahook