Metal Gear Solid is one of the greatest games on the Playstation. It excels in all aspects of gaming to ensure that you will enjoy every moment, and give you an experience that you will not forget! 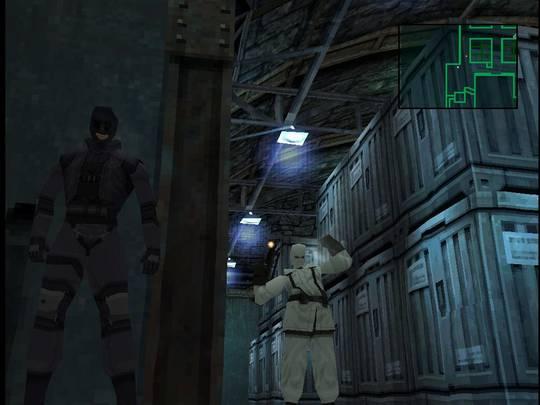 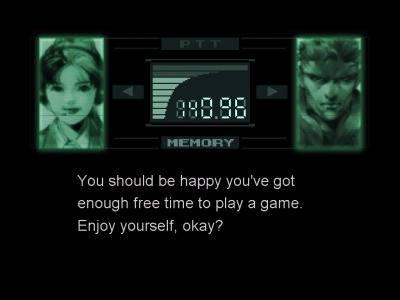 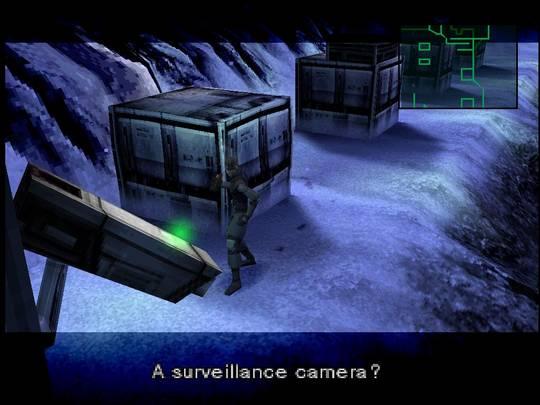 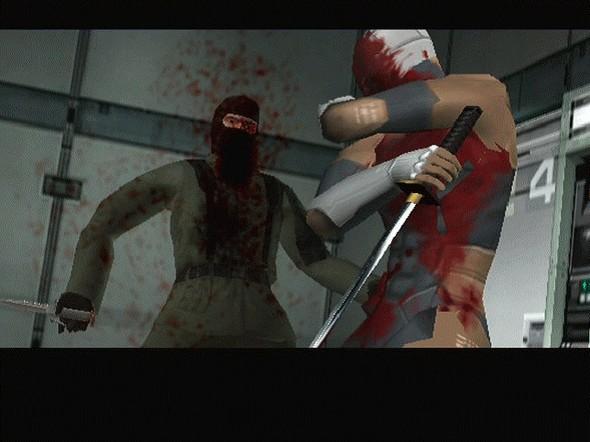 Before I begin, I would just like to let you know that this is the first Metal Gear I played, as I am sure that applies to many of you as well. I can remember trying this game out on the demo, and being extremely disappointed when it stopped right around the DARPA Chief area, I had to buy it! This is the game that really put Metal Gear Solid on the map, as many others did not even hear about the games that are on the NES.


Metal Gear Solid was an amazing game, even today, after experiencing the many games of the future generation consoles. The style of play was quite refreshing for a Playstation game, it brought something that many other games did not have: Stealth. The meaning of this is to travel to a given destination, without being detected. Some of you may think this sounds somewhat boring, but once you experience Metal Gear Solid, you will definitely think otherwise.


Metal Gear Solid will put you on the edge of your seat with dramatic cutscenes, and make you laugh at times with random jokes between characters. The computer AI of the game was quite fresh at the time as well, having an enemy hear you if your foot splashes into a puddle of water, or if you knock against a wall, which you can easily do to set up your enemy and ambush him when he checks out what the noise was. They would even recognize if you had been walking in the snow, because of your footprints. There is a codec system where you basically call up your superior or partners and ask them for help at any given time during the game.


The gameplay is very fun, again mentioning the codec, simply because it will instruct you (most of the time) where to go, so it can not be one of those games where you have no idea where you are going, which can cause you to lose focus, and patience. You have the ability to throw your opponents down stairs, off cliffs, into lava, or even onto other enemies! You can also punch and kick in the game (obviously), you are even able to crack your opponents necks. There are tons of items in the game that can be used, which really enable you at times to really proceed completely with your given mission without being detected. Whether it's a tranquilizer gun to shoot your enemies from far, a stun grenade which enables a quick exit, or even a cardboard box to hide inside of, the opportunities are there! There are several weapons in the game including your basic handgun, shotgun, AK 47s, and grenades. Some other fun weapons are: the remote controlled Nikita: this is where you shoot a missile out of this particular gun, and you guide it to wherever you wish for it to go. The C4s are something to try as well, to set a trap on any foe.


The story is where Metal Gear Solid really shines. The characters are great, they draw you into the moment and feeling of Metal Gear. There are lots of surprises you will encounter when playing the game, whether they are good or bad. There will be some questions left unanswered, which usually isn't a good thing, but we later learn those questions are to be answered in later titles, which is never a bad thing, more Metal Gear! A lot of the characters are linked and relationships and bonds are made and broken as you continue to play through this great story. The depth and creativity of the story is not something to be explained, but experienced.

The sound of the game is very good as well. The voiceovers are spot on, but can use a little improvement during the codec conversations though. The music in the game, right from the very beginning, is very appropriate to its surroundings, and matches very well with the game. When you are spotted by an enemy, the music makes things more intense as you try to find an escape route. The music during the boss battles is also very good. The sound in general, just like the game, is excellent.

The replay value is very promising. You may want to play through the game on all difficulties, if that is what you enjoy. You learn that depending on what you do in the game, the game will change the storyline ending for you, and unlock different items for you also! When you beat the game once, it does not necessarily mean that when you beat it again, you will unlock the same item. Different items are awarded to different ways of beating the game, and different difficulties as well, which can have you playing for countless hours.

This title is a must have for anyone who owns a Playstation. The mixture of great storyline combined with good graphics (Playstation standards) and very fun gameplay leads you to one easy decision: Go get this game!