The next gen system has finally arrived, and it lives up to every expectation. 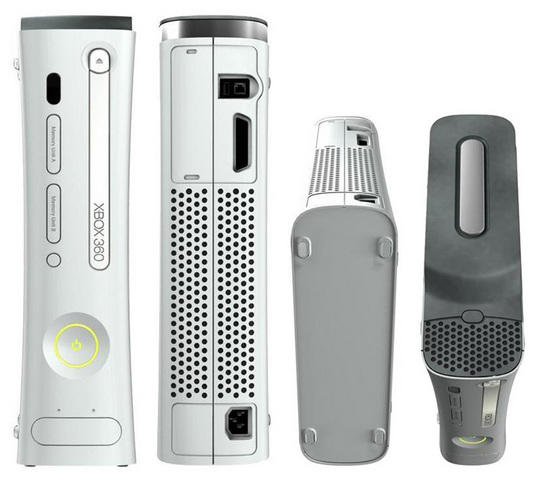 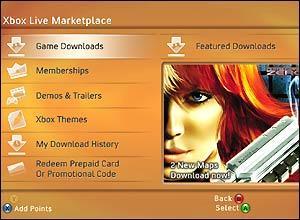 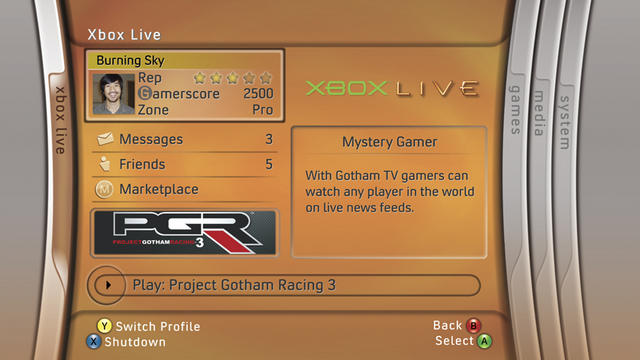 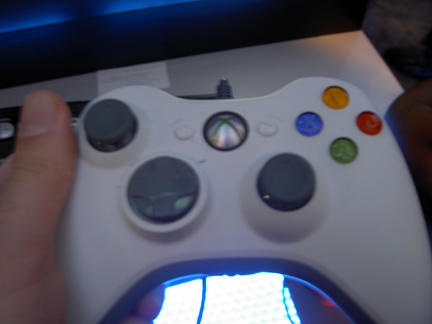 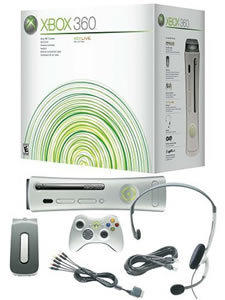 * All games supported at 16:9, 720p and 1080i, anti-aliasing
* Standard definition and high definition video output supported

* Interchangeable to personalize the console


The next generation system has finally arrived and oh is it big. The Xbox 360 is not only a gaming system but also a home media center. It can play DVD's and even burned ones unlike its predecessor which wouldn't allow you to put any burned music or DVD's anywhere near it because Microsoft had so many copyright protection codes all over it that prevented anything that even resembled pirating. The new system has a sleek white design to it with a chrome finish on the external hard drive and the CD changer is also chrome as well. You can buy either wireless or wired controllers for the 360, and the wireless ones are VERY easy to program to your Xbox 360 and you can even buy rechargeable batteries for it that will make it easier to keep your game going on even when the battery juice runs out. That means no more disposable batteries!!! Even on disposable batteries, this beast of a system can run for 30 hours on each set of disposable batteries (on average) for each wireless controller.

The system has amazing graphics that are in high detail that support 720p and 1080i high definition settings that are cool if you have a high definition TV. You can still see the difference without one but to unlock the system's full potential you must have a high definition TV. Sadly the high definition cables ONLY come with the premium set up as well as the external hard drive which kind of screws you over on saving any content if you get a core version which are basically the only ones you can easily find in stores. The release has forced most people to buy them in large expensive packages on eBay with 5 or 6 games they do not want or to buy a crappy core version where they are left without accessories that they wanted. Even to this day in the middle of March, 4 months after the release of the system, it is still difficult to find an Xbox 360 premium system.

The interface is amazing though, you can hit the middle button on the controller and it will let you look at which friends are online and if you have any messages if you are signed on to Xbox Live. Also from the Xbox Live in-game interface you can play custom soundtracks that you have either downloaded onto your hard drive from a media center PC with your wireless network adapter for the Xbox 360 or you can plug in your iPod and stream it off of your iPod which is what i prefer to do. Surprisingly the Xbox 360 is compatible with an Apple product.

There are now achievements which you can unlock for each game, and each game has 1000 Gamerscore points that you can unlock and you have to do certain things either in solo mode or online in Xbox Live multiplayer to get them. The higher your Gamerscore is, the more respect you will receive from fellow gamers. You can go into different zones that fit your gaming style like Underground, Pro, Family, or Recreation. People will send in player reports if they like you so that they will face you more in the future, or they can submit negative reports so that they wont play you in the future. Based on your scores you receive a certain number of starts out of five that contributes to your rep on Xbox Live.

There is also now an Xbox Live Marketplace where you can download demos and trailers for free or you can buy Xbox points that you can redeem for gamer pictures, new content, or themes for your Xbox 360. The bad side is that sometimes downloads can take forever which is understandable for some big files and demos, but if you pay for something and your system fails at downloading it, Xbox is not responsible for giving you your money back and you are left with a corrupt file. You can go into Xbox Live Arcade now though and purchase old games to play that are classics and get achievement points in those too.

The release games aren't all that amazing. Some of them seem thrown together to make the deadline for the release date. Call of Duty 2, Perfect Dark Zero, and Dead or Alive 4 all seem like they were a bit slapped together. There are some great games on the lineup though like Ghost Recon: Advanced Warfighter, Saint's Row, and Elder Scrolls IV: Oblivion that I think will all be amazing.

Overall this is an amazing system and they are only currently using one of the three processors that it has inside of it so the games that they are releasing in the future are going to be exponentially better graphics-wise at least. The system has endless possibilities and is an entire entertainment system with its high definition modes, Dolby digital surround sound compatibility, music you can put on the hard drive, DVD features and everything else that comes with the package.

You're still gonna have a lot of trouble finding one in stores, but if you can get your hands on one then i think you should definitely but it because it is a spectacular system and truly is the start of the new generation of gaming. YOU HAVE TO TRY IT FOR YOURSELF!
Review Page Hits: 0 today (128 total)
mediahook