If you still own a PSP and enjoy racing games, MC3 Dub is it... 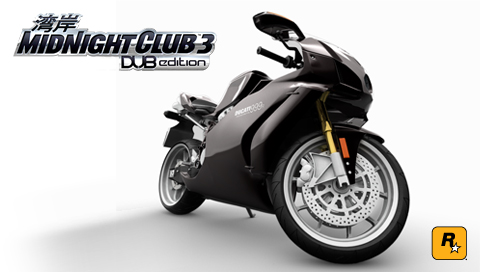 I played MC3 when it first came out on consoles in what seems like ages ago. I loved it and played the hell out of it on the Xbox with my wife for weeks. When the PSP was released Rockstar took a chance and ported the game over to UMD and did so with great success. With a system that has a million racing games to choose from, MC3 is easily the leader of the pack for the small screen. Graphically, the PSP version is so similar to the console version it's scary. Buildings, lights and signs are detailed with striking realism. Rarely do you so such attention given to a game even recently released. The only way one can tell they are playing on the PSP is the lengthy load times and the screen real estate. I don't recall the console versions being speed demons for load times, but the PSP version is downright silly at almost 40 seconds, (Now, keep in mind, I play on a PSP-1000 which cannot cache UMD info). The "draw distance" or total viewing distance seen without a reload is impressive for a PSP title, let alone a racing sim, (which always seems to take a hit in this department). At times the distance seems to wiggle a bit when racing at nitro speeds, but that may be an effect added for realism. It has bothered my eyes before... aside from this, MC3 is a near perfect title that replicates what made the console versions so fun: speed and exploration.

In my youth, I used to travel quite often to San Diego and fell in love with all the beautiful city had to offer. Hills, water and nightlife; couldn't be better. MC3 shrinks San Diego down to size with amazing accuracy; it's almost a magic trick. From the roundabout at Balboa Park to the Marine Corps Recruiting Depot, the areas in MC3 are displayed with shocking detail that you STILL don't find in many console games. Exploration is another key factor that works hand in hand with the attention to detail taken. All of the streets are set with side areas and alleyways in which to discover many of the tidbits that Rockstar has left behind. Exploration will take you to new parts of the city, new cities in the U.S.A. and even overseas to Japan. Detroit, Atlanta, Tokyo and San Diego are all represented is great detail for the gamer to enjoy and marvel at.

As in most other Midnight Club titles, you are thrust into the night and day life of a street racer. You job simply is to accumulate money, cars and upgrades. Doing so will require you to become very good at the tricks of the trade. As this is no button masher, you will have to learn how to make proper use of nitro, brakes/handbrake and slipstream to overtake you opponents and ultimately win. As the difficulty increases you are awarded with more cash and better rides which you can keep and upgrade or sell for the spoils. Controls are similar to what a console racing sim would be minus the right analog. All controls can be specified prior to races to whatever configuration you desire. Tuning can even be made to the cars themselves, (ala flight simulators) which really adds to the depth of options to tinker with.

If what I have mentioned above isn't enough to get someone excited, MC3: Dub offers a CRAZY amount of Cars, SUV's and Motorcycles to collect and race with. In addition, there are just as many crazy ways to trick out your vehicle of choice with performance parts, custom colors and body kits that would drive anyone bonkers with excitement. Along with this level of customization is the raw fact that it's going to take a LONG time to get your collection to 100% as there is a monstrous amount of content here. A bazillion races await in MC3!!!

The challenge level is rather forgiving to begin with and gets more intricate as the game progresses and your skill improve. Most of the difficulty lies in getting to know the cities you are in and the many shortcuts and back alleys that one can take to get ahead. All in all MC3 is a blast to play and rarely makes one feel over-matched or frustrated due to it being "hard" to play. Sound is really where the title shines as the music soundtrack is award worthy. From Rap to Rock and even Reggae, there is a genre for all ears here.

If you still own a PSP and have never played this, get it; you won't be sorry considering it's a steal at $4-5 from most retailers.
Review Page Hits: 0 today (688 total)
mediahook