Your mission, should you choose to accept it... 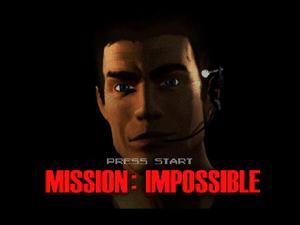 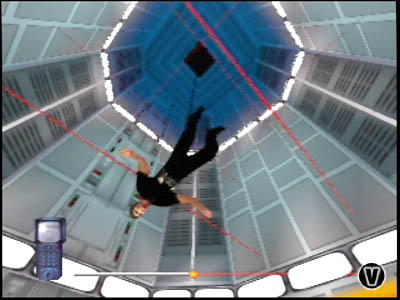 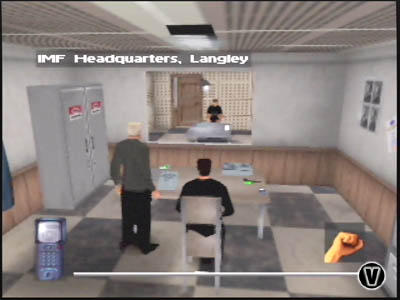 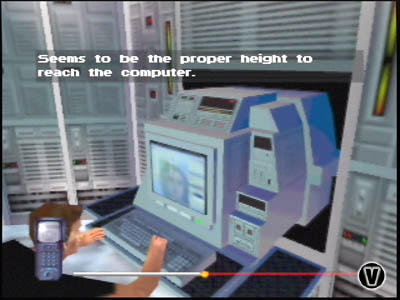 Mission Impossible 64 is an espionage/action game based off of the 1996 feature length film and television series in the 1960's. You star as Ethan Hunt, an I.M.F. agent that was introduced in the movies. As Ethan, the player travels across the world in several different scenarios that requires the player to keep a low profile as opposed to running and gunning through entire missions. Although there are situations in the game that require brute force, the game insists that your job will be much easier if you complete your "impossible" missions whilst remaining undetected.

With the Nintendo 64 (as with most consoles of the late 90's), there were obvious graphical limitations, but as it is, it does not hinder the gameplay experience. There is no voice acting present in the game, which does take away from the experience somewhat (the port of Mission Impossible to the PS1 however adds some very laughable dialogue to the game so perhaps in hindsight, no voice acting may have been a blessing in disguise).

The audio that is included in the game mostly consists of the very familiar Mission Impossible theme and several other very well composed pieces of music that helps to set the espionage atmosphere within the game.

The gameplay is what really shines in this title. The whole purpose of the game is to get your mission accomplished in the most discreet and quiet way possible. This means for those of you who have an itchy trigger finger, you might want to steer clear from this game. Fans of similar games like Metal Gear or more recent Splinter Cell titles might find some enjoyment in this. There is a wide range of variety in the missions you participate in as well. One mission could call for Agent Hunt to infiltrate a foreign Embassy in Europe, assuming the role of a foreign ambassador. Other levels have Agent Hunt stealing CIA documents by rappelling down a rope into a computer room; a scene that was also very recognizable from the movie. At one stage of the game, the player also gets to provide sniper protection for main character Ethan Hunt as he is being followed throughout a train station. While going through the various missions of the game there are several gadgets that can assist you with your task. One of the most common items used is the Facemask; a gadget that when used on certain people allows the main character to gain access to areas that were previously impossible to reach before. There are plenty of more weapons at Ethan's disposal including video freezers, various gas and poisons, and even sticks of explosive gum...just don't chew it.

To advance in the game, you really have to think like a secret agent to really learn how the game should truly be played. That being said, the learning curve isn't an absolute impossible task like the title suggests. Instead, players should just pay attention to everything around them and use the right gear for the right situation in order for them to succeed.

As good as the gameplay is, it would have been so much better if only the objectives were displayed in a way to keep gamers from becoming confused and frustrated. The game also suffers from occasional poor presentation of tasks required to complete a mission and there are several instances of trial and error gameplay which could have some spies end their adventure before it even begins.

Once the game ends...there is really not much reason to go back and relive the impossible adventure. Like most games of the past however, it is always nice to go back for another attempt at Mission: Impossible several years down the line.

If these small problems were fixed by the developers before the game was released, I am sure many more people would love experiencing a game like this. It has its flaws, but it is still a great game.
Review Page Hits: 0 today (895 total)
mediahook