With the All-Star Baseball franchise in a complete nose dive, MVP Baseball 2004 is the best baseball game available on the market. 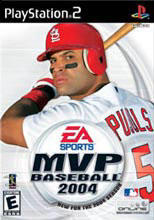 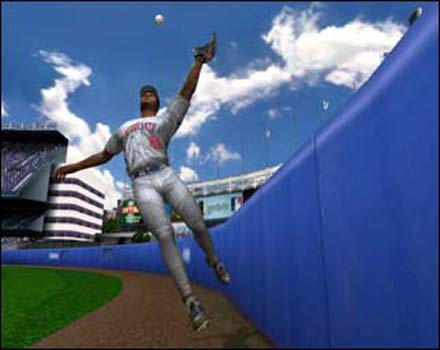 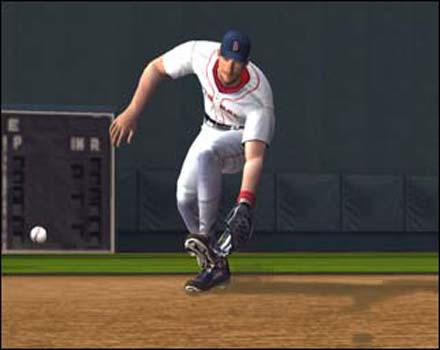 MVP Baseball 2004 is the baseball game you've been waiting for. Instead of randomly making errors and poor throws, you are in control of everything. MVP Baseball has a unique power meter for throws made on the field. Just like a pitch, you can sacrifice location and accuracy for power. If you use the meter right, you will never make an error again.

MVP Baseball is also unique when it comes to the hitting system. Navigating the strike zone with a hitting cursor is not necessary, as all you need to do is swing the bat in this case. Unlike other baseball games, you can control exactly how hard you want to hit the ball. To swing with full power, push all the way up on the right analog stick. To swing with a little less power, push up slightly on the analog stick. It's great when trying to hit a sacrifice fly, or trying to hit just a blooper into center field.

The pitching system is also quite realistic in MVP 2004. When you pitch, you need to stop the meter at the correct spot. If you don't, it results in an error pitch. Error pitches are the ones that are generally hit very hard. You're lucky when these aren't hit out of the park.

There are some difficulty problems with the game, however they are easily adjusted. When I first got the game, I was noticing that guys like Jason Giambi and Gary Sheffield were running really fast and making diving over the shoulder catches in foul territory. A bit unrealistic, however it's easily adjusted using the difficulty sliders in the game menu (turning down CPU Defensive Speed). The other annoying aspect of fielding, is whenever a ball is hit over your head, it seems to be a triple. Also, as opposed to the CPU Defense running all over the place and catching everything, it's hard just to run and catch a ball. Easily solved by adjusting Defensive Speed.

Hardcore baseball fans can manage their favorite team for 120 full Major League Baseball seasons. Win reward points and unlock your favorite all time players and use them in franchise mode. Correct the Red Sox curse! Sign the Bambino! For the first time ever, you can play your minor league games with your prospects during Dynasty Mode. In the Dynasty mode, player ratings aren't based on letter grades or number grades, but rather on a little meter, making player comparison more difficult. The game's "player happiness" also portrays every player as money hungry.

The graphics are top notch. It doesn't get much better than this.

There are a few factors that prevent this game from getting an A+. First is the somewhat annoying commentary. It's always fun to strike out lots of batters in the game, but the commentary almost makes you want to let them hit. Every single time a player strikes out, the commentator will shout "Grab some pine, meat!" (or something to that effect). Other than that phrase, the commentary seems to be solid.

The other factor is the game's unfriendliness to new players. If you haven't played MVP 2003 or 2004, it could take you a little bit of time to get used to the new features. The defensive throw meter is annoying at first, but it's great once you get used to it.

There are a few extremely notable players that have been left out of the "All-time" teams. There is no Ted Williams and no Willie Mays. There are probably more that are being overlooked, but those are the two big ones.

Overall, I gave this game an A. There are a few things that drag it down, but they're things you get used to and eventually enhance the overall gameplay.
Review Page Hits: 1 today (102 total)
mediahook