With some truly great racing games on the Wii, don't settle for something so middle of the road 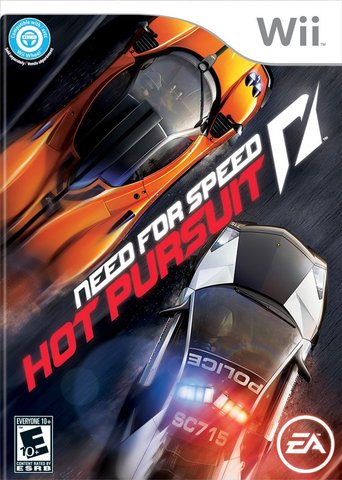 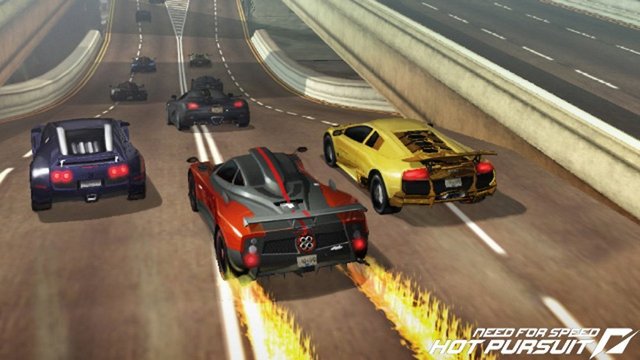 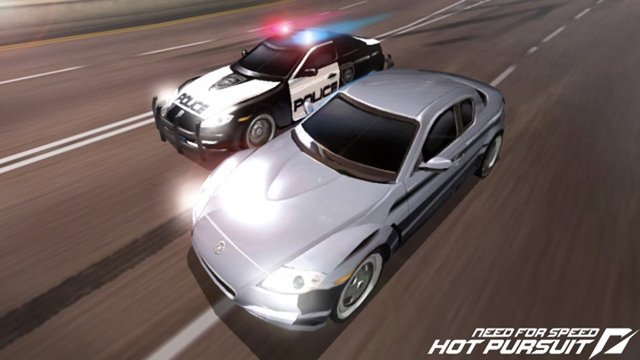 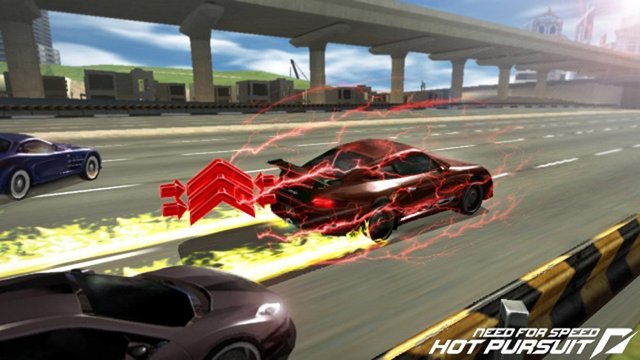 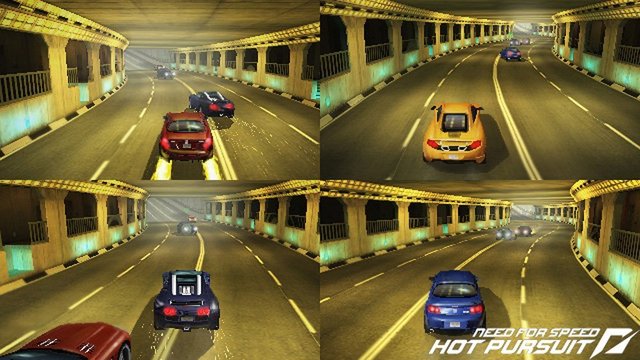 Sometimes, publishers release a PS3 or Xbox 360 game, and then do a quick and dirty downgrade port for the Wii. Other times, they make the Wii version a completely different game, for better or for worse. Need for Speed: Hot Pursuit for the Wii falls into the latter category on both counts.

One of my rules in reviewing a multi-platform game is to judge it on its own merit, and not in comparison to the other versions of the game. And as long as you're not comparing it to the PS3/360 game, there's not a lot that's outright wrong with the Wii version. It's just thoroughly average.

There are four different locations across the globe: Chongqing, Dubai, Rio de Janeiro, and Las Vegas, and each has several different tracks. The career mode has you progress through each of these locales, gaining points and unlocking cars along the way.

In concept, racing in different regions sounds cool. In practice, though, most of the locations look practically identical to each other. Bland looking streets with drab guard railings on the side to keep you in line. There are usually buildings around, too. There are shortcuts or alternate paths in some tracks, but not enough to really make them stand out. Unfortunately, this means that no matter which region you are in, the tracks end up looking and feeling pretty samey. There are tracks that focus on long straights and tracks that have a number of tight turns. Other than those two broad categories, though, the differences feel pretty minor. For example, one track actually has a jump ramp. Another one has a shortcut through a twisty canyon. But at any other point on those two tracks, there isn't much to distinguish them from each other.

As far as the graphics go in other areas of the game, the cars are all licensed models, but they're pretty basic. They look decent in the car select screen, but they're not much to look at in action. That being said, the game runs at a pretty smooth framerate in single player. I did not try the multiplayer in this game, although I have read that it gets pretty choppy.

The sound is... there, I guess. Generic car sounds: engines revving, tires squealing, collision sounds when you hit something, etc. The power-ups make typical video game sounds. The music is standard EA stuff - licensed tracks from bands I've never heard of and don't care to find out more about after hearing their music in the game. It's not awful, but not enthralling, either.

To try and keep things fresh, there are five different race types. There's the basic Hot Pursuit race, where you and the other drivers race a few laps and try to avoid the cops. Next up is the Eliminator race, where every so often the person in last gets removed from the race until there is just one car remaining. Then there is the always exciting Time Trial, which is inexplicably part of the career mode in this game, when in most other racing games it's known as the mode never played unless there's a trophy or achievement or other unlockable for doing so. Fourth is the Interceptor mode where you play as the cop and try to tag certain racers three times to get them out of the race. Finally, there's Rush Hour mode. It's similar to the Eliminator mode, except there are a hundred racers, and they don't just eliminate one car at a time. Of all the race types, I found this one to be the most fun, because it felt like an old school arcade racer where there are dozens of cars ahead of you and you have to claw your way to the front of the pack.

There are also various power-ups you can pick up while racing that will repair damage, boost your speed, auto-steer you at full speed through tough corners, protect you from damage, or send a shockwave to damage or push other cars off course.

It's a bit disappointing that although your car can take damage, there isn't any actual damage modeling in the game. I think the only thing damage does is limit the amount of turbo boost you can hold. Speaking of turbo boost, I did appreciate that there are two levels of boost - you can burn it slow for a minor speed increase, or you can burn it quickly for a more noticeable boost.

I played with the Wii Remote and Nunchuk combo, and it controlled fairly well. The early cars don't handle very well, as you might expect, but with practice it's not difficult to drift around most corners. The auto-steer power up is quite useful in a few of the tighter corners though.

Overall, you could do a lot worse than Hot Pursuit on the Wii. It's competent, has some variety, and it controls well enough. But you could do a lot better. It's that frustrating middle-of-the-road thing that ultimately makes this a tough game to recommend. If you wanted a Wii racing game, and were thinking about this one, I wouldn't tell you not to get it like I might with, say, Mini Desktop Racing. But if you were asking me which Wii racing game you should buy, this one wouldn't be on my radar.

"It's fine." Anyone who has heard those words from a spouse or significant other knows that it doesn't really mean that it is actually fine. It's almost always said with some kind of disappointment, and in some cases, resentment. It doesn't matter if you're going to Wendy's or Burger King or Carl's Jr/Hardees for a burger if you're in the mood for Mexican food. "It's fine." But it's just not what you really wanted.
Review Page Hits: 0 today (1,957 total)
mediahook