Need for Speed: Underground takes street racing to a whole new level. Not only can you street race, but you can also customize your car from the ground up. 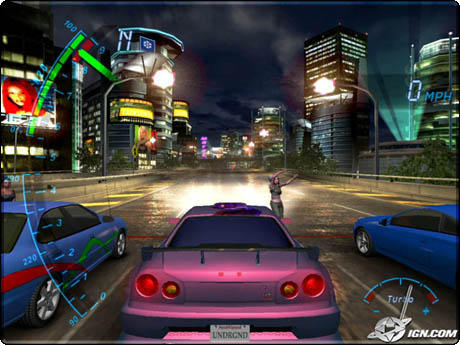 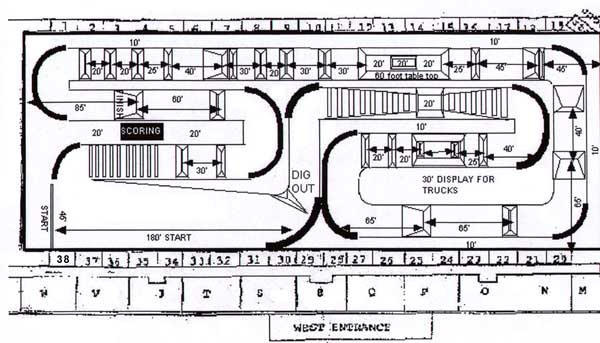 Need for Speed: Underground has to be one of the best racing games that I have ever played....period! Its indepth gameplay makes this game one for the books. The cars, modes, and mods make this game what it is, and no one can come close to touching it.

You start out by earning your right to street race. You buy a barebone stock car (either a Dodge Neon, Volkswagen Golf, or Honda Accord) and race to win money. Each level has you performing different things with your car. You have Drift Mode, in which you go around a set course with a set time limit and try to rack up as many drifts as you can without hitting the wall. If you can outscore your opponents, you win.

The next mode is Drag Race mode, where you run against three other cars along a straight stretch of road while avoiding traffic and oncoming trains.

You must outshift your opponents to succeed. And yes, you do have to use a manual tranny in this mode as there is no automatic. This tests your ability with timing. You also have to time your NOS. Spray too early and you may get smoked. Timing is the key to this to winning this race.

Next you have the Timed Race, where you race against the clock to make it across the city. You have to race in traffic, but not against anyone. Successfully complete this and gain some extra dough and maybe a new mod for your ride.

The last mode is the Street Race where you have to race three opponents from point A to point B and beat them to it. You can make shortcuts, cut others off, but beware of oncoming traffic.

The whole reason for even competing is to earn money to modify your car. There are hundreds and hundreds of mods you can perform. Some of the ones that I liked were the Paint Mods, Ground Effects, and Tinting. You name it, you can do it. Let me tell you what car I finished off the game with and what mods it had.

Man, I could go on forever, but that is just some of the mods that can be done. The soundtrack for this game was amazing. It featured some of the well-known rappers from today like the East Side Boys and their hit "To the Window". The only thing I disliked was the replay value. I mean, you can go through the game with another car, but after seeing all the mods that you get to unlock, you don't want to go through another 117 levels just to unlock the mods again. That was the one thing I disliked.

This game is a

with me. I just can't wait until Need for Speed: Underground 2 hits the stores in mid-November!
Review Page Hits: 0 today (599 total)
mediahook