Completely average. Only for fans of the website or younger audiences. 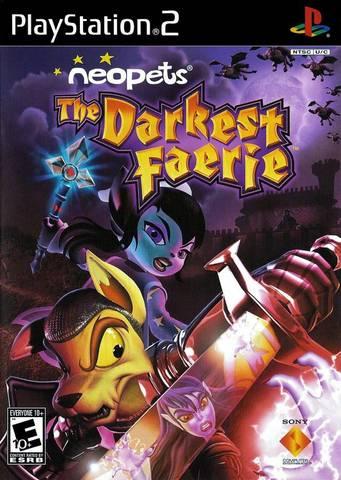 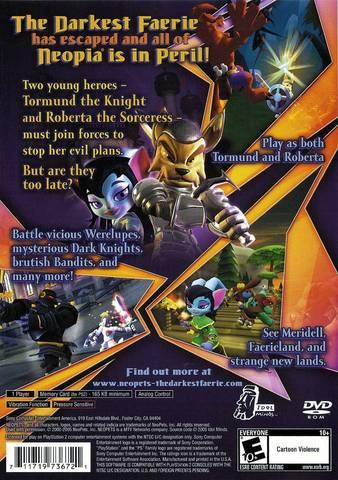 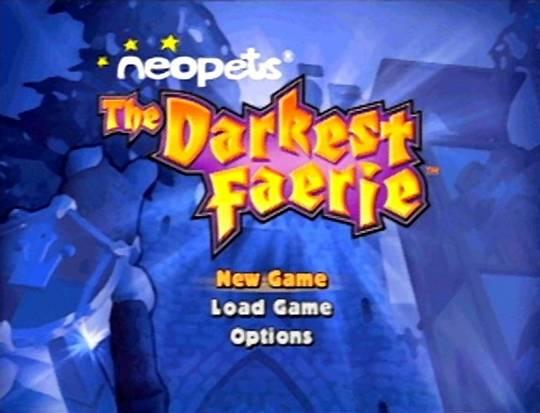 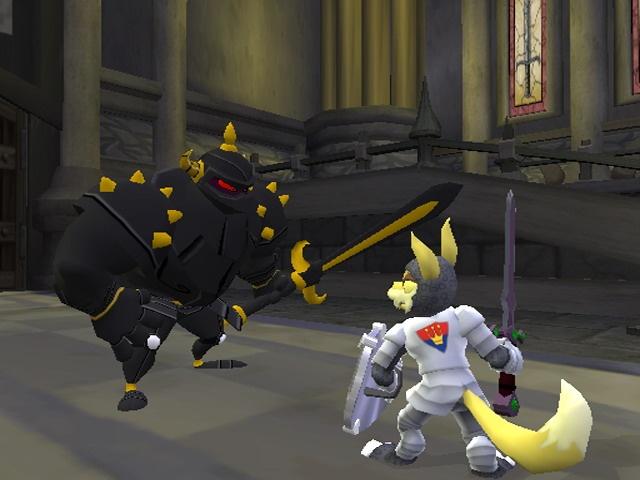 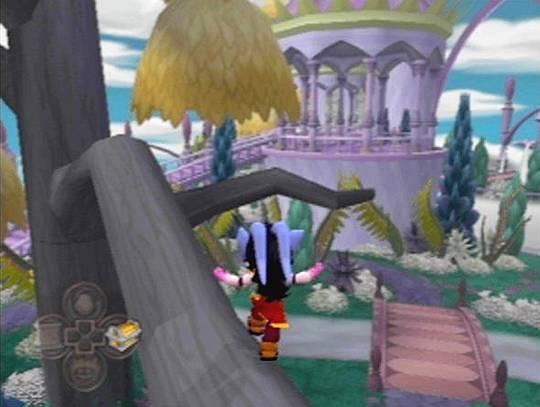 Overall: 7/10
Yep, I have a Neopets account and I usually log on everyday to check my account, play a few games, and do my daily Freebies. When I saw Neopets: The Darkest Faerie for the PS2, I figured I would give it a try. Something different from the online game and maybe a chance to win a virtual prize.

Overall, Neopets: The Darkest Faerie is completely average and is a fairly short game (Only about 25 hours from start to finish and completing all the extras). There is nothing memorable about the game at all. Basically, it is an action game that attempts to be a combination of Zelda and a RPG. I would only recommend the game to fans of the website or to parents that allow their kids to play video games but do not want them to play anything too controversial or violent. Even for those two scenarios, I would only recommend renting the game or buying it for the cost of a rental.

Storyline/Plot: 7/10
Neopets: The Darkest Faerie is divided into four chapters filled with numerous clichés and an average plot set in the medieval kingdoms of Neopia. The first two chapters of the game felt like they were added in an attempt to make the game longer. In the first chapter, you play as a Lupe (A blue wolf-man creature) named Tor. Tor is a farmer's son that dreams of being a knight. He is a melee, sword wielding character that wears typical armor. In the second chapter, you play as an Acara (An odd, extremely ugly, fury, aquatic creature with four ears and two tentacles growing out of her head) named Roberta. Roberta is a rich, spoiled sorceress/diplomat in training that longs to escape her oppressive lifestyle to see the world and have adventures. She uses a magic wand to shoot spells and wears robes. After chapter two, an evil faerie escapes her 1,000 year imprisonment and threatens to spread purple clouds and mischief throughout the lands. Tor and Roberta join up and you spend the next two chapters running tedious errands, walking from town to town, and attempting to thwart evil.

Learning Curve and Gameplay 7/10
This game is obviously geared towards a younger audience. It has a fairly easy tutorial mode at the beginning of the game. The game does not have difficult controls or menu options. You press one button to swing your sword or shoot from your wand (depending on the character you are playing with at the moment) and you use one button to jump. Most enemies are simply destroyed by walking up to them and pressing the attack button. If you press the attack button three times at a certain speed, then the character will do a three-step combo. You will get very acquainted with this simple fighting technique, because your character is so slow that it is fairly impossible to run away from, jump over, or avoid any enemies. Even worse, occasionally, the game glitches and an enemy will "fall" through a wall or rock and get stuck. This causes frustration when it occurs during a battle that must be completed to advance the plot (It happened to me three times).

You have the option to switch between the two characters after chapter two, but this seemed like a worthless aspect of the game. Basically, just choose which character you prefer and stick with that one for the rest of the game. Once I finished with Roberta's chapter (Thankfully it was extremely short), I never bothered using her again and I used Tor for the remainder of the game.

Attack and Defensive item equipping has never been easier. The main character automatically equips any stronger weapons or defensive items that you find/purchase and discards the old ones (Nope, you do not have the option to sell them to a shop or keep them for sentimental value).

Neopets: The Darkest Faerie has a Mote System based off of elements; Light Motes against Dark enemies, Fire Motes for attacking Water enemies, Earth Motes for Wind enemies, and Nova/SuperNova Motes for lazy gamers that do not want to switch Motes between every fight. Defense is set up in a similar fashion. The Mote System is extremely easy to understand and pretty much not used during most battles (Because you have a limited amount of Motes and you most gather or purchase more when they run out). In fact, I completely forgot about the Mote System after the first chapter.

The game has a PetPet system. You can choose to continually feed a PetPet (small, cute animals that are recognizable from the website) and it will follow you around providing a bonus to attack, defense, health, etc. However, the game only has about five PetPets (Only one PetPet will follow you at a time) and I did not think that the bonuses that they provided justified having to feed them the items that they wanted (Usually restorative items).

Finally, the environment/levels in Neopets: The Darkest Faerie are huge. The game included realms from the actual virtual website. It was fun and nostalgic seeing Meridell, Brightvale, Faerieland, and Altador as fully rendered 3-D environment, instead of the normal 2-D pictures seen on the website. However, the thrill of traversing the huge environment soon fades when you are forced to spend hours backtracking over familiar areas while running errands or just trying to get from one town to the next. I really wish the designers had added a feature to allow you to quickly transport from one town to the next (Where's Viki from Suikoden when you need her the most?).

Music/Sound: 7.5/10
Music, Sound Effects, and Voice Acting get the job done. There is really nothing negative or positive about this aspect of the game.

Graphics: 7.5/10
Initially, Neopets: The Darkest Faerie started as a game for the PS1 and was later switched to the PS2 during production. Therefore, the graphics are outdated for the PS2. Additionally, the characters and backgrounds are intentionally cartoonish, lacking details and textures (Very similar to the actual virtual website). Despite the poor in-game graphics, Neopets: The Darkest Faerie does have very nice cinematic cut-scenes. Another really nice aspect of the game's graphics is that you can see the different armors and weapons that you equip your characters with during gameplay.

Replay Value: 6/10
Neopets: The Darkest Faerie has very little replay value. Not only does it have one ending, but the game does not provide any bonuses, extra dungeons, virtual prizes, or hidden bosses for finishing the game. Even worse, the game has a point of no return. Once you have passed a certain point in the game, you can not leave the area till you have completed the game and the game does not continue after defeating the final boss.
Review Page Hits: 1 today (313 total)
mediahook