The side-scrolling Mario platform finally gets an update 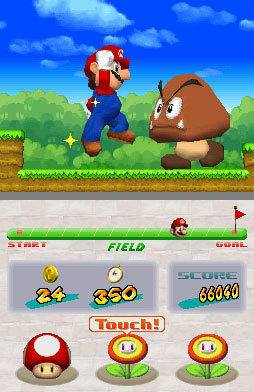 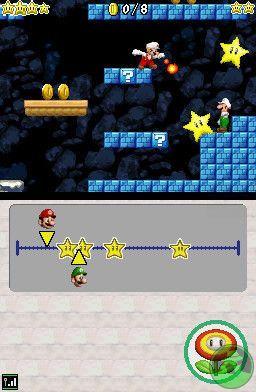 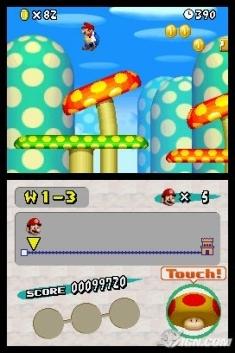 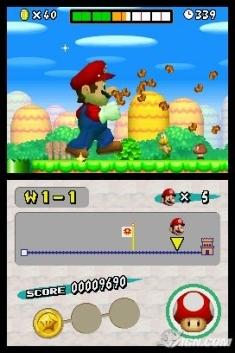 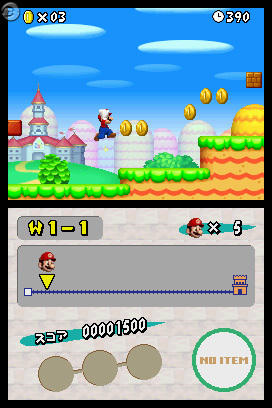 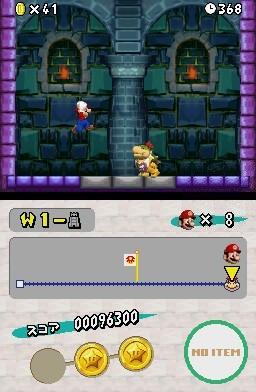 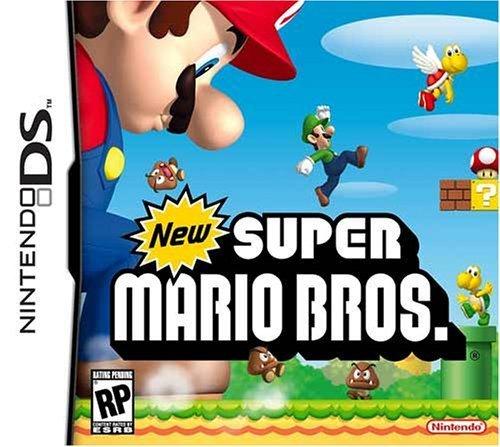 Several new power-ups have emerged during the development of the game including the Mega Mushroom, Mini Mushroom, and Blue Koopa Shell. Grab the mega mushroom to ravage through the level invincible or grab a mini mushroom to crawl into secret passages that would otherwise be inaccessible by normal-sized Mario.

The major downside this game encounters is the limited replay value. Since the game is relatively short, replaying the same levels can become boring. Once all of the game's goals and objectives have been completed, the game becomes dull. It sounds like there would be a lot of extras to complete upon beating the game the first time around, but it's much easier and shorter than it sounds.

The New Super Mario utilizes the DS' graphics engine to its maximum potential and is easily the best looking DS game available. For example, jump on a spring platform and watch the platform react with a 'boing' effect and 'boing' sound, or do a ground-pound and watch the dust puff up from below him.

There is a one button combination which lets the user play as Luigi, but I will not spoil it for those who have not beaten it, as it is given every time you beat the game. Be sure to look for it because it's not obvious as to when it is revealed.
Review Page Hits: 0 today (608 total)
mediahook