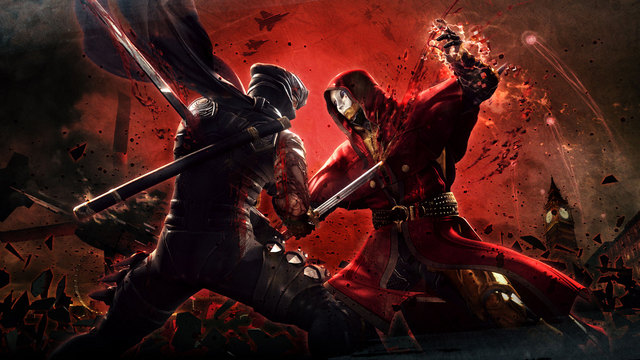 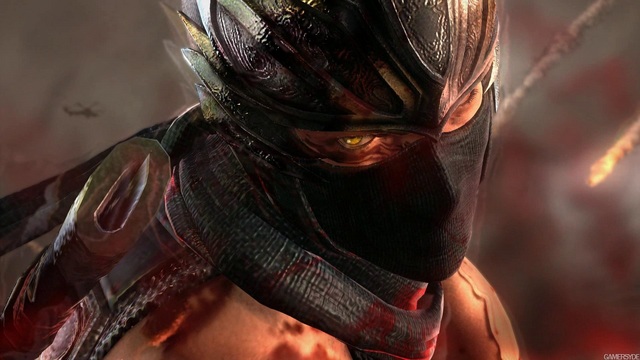 I have been waiting for Ninja Gaiden 3 for quite some time and have loved every time a video released new details about the game and was extremely excited all the way until I got the game in my hands. The problem for me came once I put the disc in the tray and played it out. I'd like to consider myself a gamer, which is a simple claim but I love video games, from the fantastic stories to the tremendous difficulties that some games bring to the table. Ninja Gaiden was notorious for being the one game I have known many people to quit on because this generation of gaming has made even Master difficulties easy for us. At points in Ninja Gaiden 3 I feel like they took some steps backward from Ninja Gaiden 2 but it still hasn't stopped me from enjoying what Ninja Gaiden 3 did have to offer.

So, this is a funny subject given the kind of game Ninja Gaiden is. Ninja Gaiden has never had strong story elements and in Ninja Gaiden 3, Team Ninja has proven that story elements aren't their strong suit. Team Ninja decided to focus on the story of Ryu Hyabusa and did so by unmasking him multiple times through the game, making him feel like more of a human than the bad ass faceless ninja he has been for all the past games. Team Ninja decides to make clear the direction they're taking in the first 5 minutes of the game by unmasking him. Ryu's arm is also infected by a curse given to him by the man in the red cloak and doesn't do much in terms of the story except cause an occasional cutscene where people tell him he needs to get it looked at. It also will hinder battles to where he holds his arm and slowly fights enemies that don't fight back. The story is pretty generic and tasteless and left me skipping a few of the cinematics where I felt like I hadn't missed a thing. I don't want to post any spoilers so that's where I leave the story element of this review.

Ninja Gaiden is known for its high flying, flashy, brutal style. Gallons of blood, tons of weapons to choose from and difficulty that will satisfy even the most hardcore of gamers, Ninja Gaiden 3 did most of what the series is known for but dropped the ball on some of the more important elements that made Ninja Gaiden what it is. I'm going to start with the weapons, not much to say about it except that at the moment there is only the Dragon Sword and the bow. one of the strongest elements of the ninja Gaiden series were the weapon variety, the ability to rip enemies to shreds with a scythe, falcon talons or a combo of 2 swords that were all completely unrealistic but is what made the franchise so memorable. With the loss of all of the other weapons the variety is cut down quite a bit. Ninpo is also an element which is cut down, Ninpo being an extra power that Ryu had where he would surround himself with fire, use wind to attack his enemies or shoot out lightning and kill a few of the attacking enemies that would overwhelm you. in the previous titles Ninpo was a bit of a lifesaver where it would take out a few enemies on screen or protect you for a few moments so you could strategize, now all Ninpo does is kill every enemy that is in the current arena and restore your health, this element was bothersome since the entire game is skill based and this power would wipe out everything no matter how strong they were.

Platforming is the next element that was changed a bit. Ryu is (or was) known for doing crazy stunts as wall running while dodging rockets and using your environment as an only resort to survive certain encounters, those elements are pretty much wiped away. There were only about 3 instances where your environment could be an element in the battle. Most times a big battle is just a large open area with a large group of enemies which seem to be the same preset enemies grouped together. People are grouped with people and fiend type enemies are grouped with other fiends once again leaving variety cut down even more so there was never really any surprises in the enemies.

Which leads me to my next point, the enemies are pretty disappointing at times, throughout the Ninja Gaiden series a single enemy could hand your ass back to you on a silver platter if you didn't know how to fight him but now there are a lot of almost useless enemies that just help to increase your Ninpo and make the game more repetitive.

Boss battles are also an important element of the game. Bosses have no health bars on the HUD which is good and bad at times good because there's no clutter of the large health bar as there has been is in the previous games, but bad in when you you have no idea when its actually going to end. The bad things about the bosses in Ninja Gaiden 3 is they're recycled multiple times and you don't get the satisfaction of the kill when you've killed a boss for the second time, Ninja Gaiden 3 does present an idea that was done really well which is boss battles of the same caliber as you are. Sword on sword no strings attached battle of skill which leave you satisfied after you just finished a fight.

Ninja Gaiden was never known for having superb graphics and I admire that. Gaming nowadays seems to revolve around having good graphics and if it doesn't then a lot of players don't think its worth jack. I have had conversations with too many people where they say a game is crappy based on only the fact that a game doesn't have realistic graphics. The graphics aren't great like the games before it but does still have good environments overall that aren't completely the same every level. The player does get a different feel throughout the levels. The enemies are all distinguishable and look good for the most part. Ryu Hyabusa looks good as well in terms of his flowing motions and there's not many flaws in general with the graphics although some people will complain that the graphics aren't realistic. Sadly the game doesn't really have its own graphical style, its very generic and doesn't have anything that makes you remember it.

Sound is a different story, Ninja Gaiden 3 continues to compliment its fights by having gritty slashing sounds and now with the addition of getting the sword caught in flesh and having to pull through the bone you actually feel a bit more like you're cutting through someone. Within each and every fight the music gets the blood pumping and feeling like the ninja bad ass you're intended to be. There are various tunes from metal and orchestra which make every fight feel as epic as the last.

There's not much to say in terms of the controls its just about the same as the previous games and even to newcomers is pretty easy to get a hold of. The learning curve is pretty low as well considering you begin the game with the best and only weapon and most of the attack combos so if you are a Ninja Gaiden fan and have mastered the previous games there is not much at all to learn and severely takes away from the replay value.

Ninja Gaiden 3 has introduced the subject of Multiplayer versus game mode and continued the very successful idea of Ninja Trials and added co-op gameplay.

Multiplayer mode is a fairly understandable movement forward in terms of gaming because without Multiplayer then most people won't continue to play a game past beating it. Customize your ninja and take him on the field to fight other ninjas in teams which is a very fun concept but doesn't have many levels which is disappointing but nonetheless does leave you to master the environment. Sadly the customization isn't much, you choose your color, weapon (once DLC is released) your symbol for your back. There are many but none of them stand out from the rest as they're all white symbols on your back and with the action going quickly you'll never really see your opponents symbol and your face, which would be masks or a headband. Also your Greaves, which even after you've gone through the effort of choosing everything, you can only really distinguish the color. All elements of Ninja Gaiden 3 are implemented into the Multiplayer and this also adds a stealth element called Ghost Mode where you walk slowly and can 1 hit kill someone that gets too close to you. The level up system is decent and simple: start the online with a few basic moves and as you level up you gain more gear and more attacks as well as actual experience to gain levels and new equipment with new ways to beat other players. Although there's no other game modes past Clan Battle AKA Team Deathmatch, it is different from this generation of first person shooters and keeps me entertained when I don't want to play alone.

The concept of Ninja Trials is to put the player (or 2 players in case of this game) into an environment once seen through the Ninja Gaiden series and pins you against waves of enemies that force you to use your wits to take them all down, which include weak enemies all the way to pinning you up against multiple familiar bosses at the same time. You'll also increase your Multiplayer levels by performing well and finishing trials, once you accumulate a score within all of your levels the game will send you to the next difficulty of levels. Very basic concept but gives many hours of fun yet challenging gameplay.

There's not much to say that already hasn't been said in the rest of the review but Ninja Gaiden 3 took away dismemberment from Ninja Gaiden 2. The difficulty is also taken away which I'm not fond of either. The weapons and enemy variety are also taken away, along with the learning curve that is now nonexistent to veteran Ninja Gaiden players. By taking away leveling up and making the health bar way too generous it's now way too easy for veteran Ninja Gaiden players, and sadly the addition of Multiplayer and leaving Ninja Trials free doesn't make up completely for what has been lost.

In the end Ninja Gaiden 3 still gives players some of what they want by giving gallons of blood in every battle, high flying action and the bad ass ninja that can slay entire armies on his own. The title goes in a different direction by trying to add story elements and adding Multiplayer. The game leaves a lot to be desired but is still a great game nonetheless. I'm not saying this is a bad game at all but a comparison to Ninja Gaiden 2 makes it feel it wasn't really a sequel but at times an entirely different game.
Review Page Hits: 0 today (232 total)
mediahook