NOX is a very good RPG that will take an average twentieth century guy, and turn him into a hero that will save the land of Nox from the evil clutches of Hecubah! 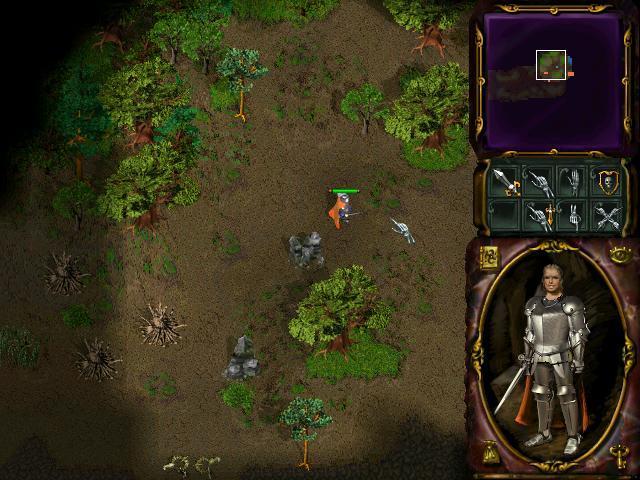 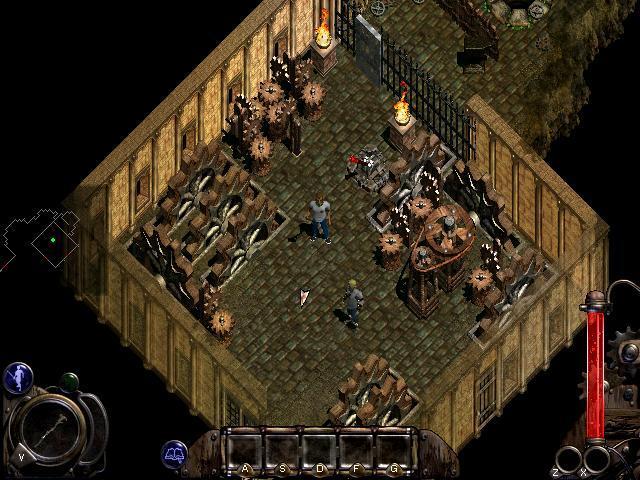 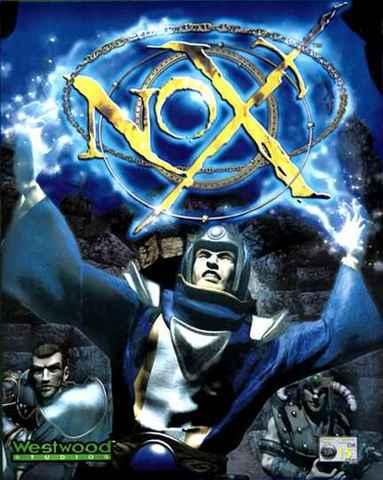 NOX is a very good RPG game that takes an average twentieth century guy and throws him into an alternate reality, known as Nox.

You play as Jack Mower (you can change his name in the initial set-up), and the game opens up with him sitting in his mobile home in a Florida trailer park. One evening, he starts messing with his TV antenna, and when he does, he gets thrown into a wormhole that transports him into the world of Nox.

Before you begin a solo game, you will have to do two things. Select your character class, and decide how Jack is going to look. There are ONLY three character classes to choose from, and that is one of my problems with this game (CONS). I think it would have been a much better game if it had offered more character classes to play. The three classes you have to choose from are: Warrior, Conjurer, and Wizard. If you have played enough RPG games, than you probably have a good idea what each of these classes are like. The next thing to setup will be how Jack looks, and the following things can be adjusted with his appearance: skin, hair, mustache, beard, sideburns, pants, shirt, shoes, and name.

The main story is that the lands of Nox have been taken control of by an evil sorceress, known as Hecubah. She is intent on destroying this world and besieging it with her army of evil creatures (Bats, Scorpions, Trolls, and many more). As you enter this world, you find that your character is the only one who can search for a magic Orb, and use it to construct a magical staff that will defeat Hecubah. So as you might guess, most of the game involves you trying to find this evil lady, and eventually confronting her.

When you bring up Jack's inventory, you will be able to equip the following items: helmet, body armor, leggings, weapon, and shield (I don't believe that you had the ability to dual-weapon in this game). Some other useful tools that were available in this game included: Book of Knowledge (depending on which class you picked, this will give you valuable info. on beasts and spells), Mini-Map, and the Journal (Keeps track of quests). There are also five slots located at the bottom of the game screen, and this is your skill index. The Warrior class will have powerful skills that they can learn during the game that can be easily accessed from this bank of slots, and the Conjurer and Wizard classes will have powerful spells that they can place in this bank of slots to quickly access. Conjurer's also have a special weapon called a "Bomber", which will unleash 3 different spells at once. The Wizard's have the special ability to construct traps, which will send three different spells at anyone who is unlucky enough to set them off.

Some other important people you will come across while exploring Nox, besides Hecubah (who you already know about), are the following: The Airship Captain (He has a hot air balloon that will provide transportation for you at times), Aldwyn (The master Conjurer), Horvath (The master Wizard), and Horrendous (The master Warrior).

Gameplay was very good in this game. The game interface was easy to use, with most everything you needed just a mouse click away. There was nothing that you needed to use the keyboard for, as the whole game was operated by the mouse. There is a Multiplayer option available for those that enjoy online game play. There are plenty of challenging foes, and many spells for the spell-casting classes. You had a wide range of armor and weapons to use in this game, and they could be found in dungeons or purchased from merchants.

Graphics were very good in this game. Dungeons and towns were well detailed. All the armor and weapons looked authentic. I really liked how much detail you could put into Jack's appearance, that was a good option.

The learning curve was probably the most disappointing aspect of this game. There was NOT a tutorial mission in this game, so for the most part, you had to rely on the interface help if you had any questions. There is a walkthrough in the back of the manual that goes through the first chapter of each class (Warrior, Conjurer, and Wizard), but even these walkthroughs did not provide much help in the way of movement, interacting with objects, inventory, etc.

The replay value was good, but could have been better. There is NOT a difficulty setting, so that would not be a reason to play again. The only reason you would have to play again, is so that you could play as another character class. I have done this, and it did provide for an almost totally different game. This is yet another reason that I wish they would have provided more character classes to choose from.

The sound was very good in this game. Each character, including Jack, had a very distinctive voice track. There is plenty of ambient sounds, and unique monster screeches or whatever you want to call them. The weapons made clanking and banging noises, which is good. There was not really much of a soundtrack, so to speak. There was some background music, and robust battle music, but other than that, not much else (not on the scale of Baldur's Gate or titles like it).

Overall, this was a fairly decent RPG worth playing. If you can overlook some of its shortcomings, than you will probably enjoy this game. I know many RPG fans, who are used to NWN, BG, and such, will have a problem with only being able to choose three different character classes.

This is a game worth taking a look at