True magic flows in this latest masterpiece from Patricia A. McKillip. 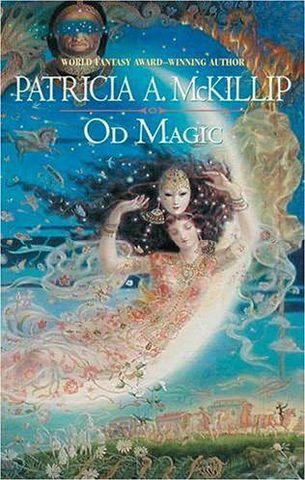 A long time ago, in a kingdom far, far away, a wizard named Od saved the kingdom from certain destruction and established a wizard school. However, the kings of Numis were wary of things they couldn't understand and control, so they established strict rules regarding the use and teaching of magic. After hundreds of years, these rules became accepted by everyone, including those running the school when Od was not there (she had a tendency to disappear for decades at a time).

A gardener in the far northern reaches of the kingdom receives a visit from a strange woman covered in animals who invites him to be the new gardener at her wizard school. Brenden has special abilities, she says, abilities she needs in her garden at the school: he can hear what the plants, rocks, and earth are saying, a rare ability indeed. As he no longer has any reason to remain where he is, Brenden accepts the offer and travels to the capital city of Kelior to take up the position as gardener.

A travelling entertainer known as Tyramin arrives in the Twilight Quarter of Kelior. His name is known throughout Numis as a master of illusion and enchantment, assisted by his beautiful daughter, Mistral. An aire of mystery hangs about Tyramin, for no one has seen his face for many years. Who is this mysterious Tyramin, and how does he create his amazing illusions? Is it magic, or something more?

Sulys, the daughter of the king of Numis, tires of being ignored by her father and her fiancee, Valoren, both of whom always seem to have more important things to do than to listen to her. While she finds some solace in visiting with her grandmother and practicing forbidden "small magics" with her, all she really wants is to be noticed by Valoren, and acknowledged by her father.

Patricia McKillip is a master storyteller, taking many threads and weaving them together in a brilliant and masterful way to create a beautiful tapestry to be enjoyed by readers of all ages. This book adds to her large and growing list of excellent stories. She has the ability to take you inside her characters, letting you understand who they are and why they do what they do. In this tale, McKillip brings you immediately into this world, and presents it in a very matter-of-fact way, giving you no chance to question why things are the way they are in this far off land. All who enjoy a good tale of far away places will enjoy this book.
Review Page Hits: 0 today (977 total)
mediahook