On Gamespot
Trailers / Videos
On Wikipedia

Time to set sail for another adventure with the Straw Hats! 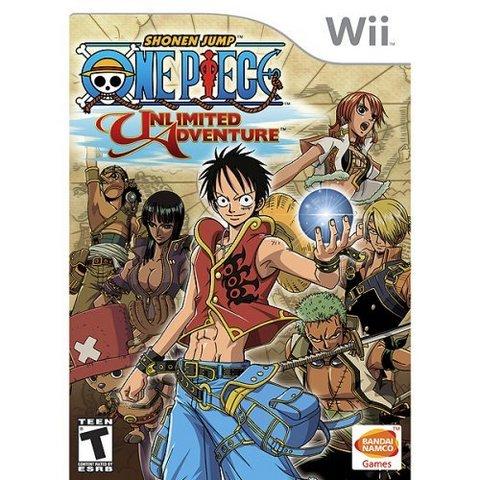 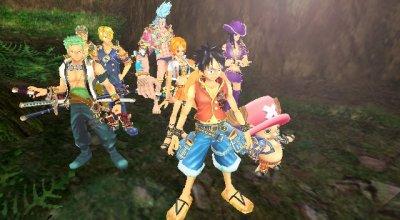 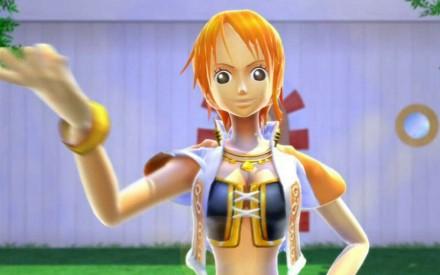 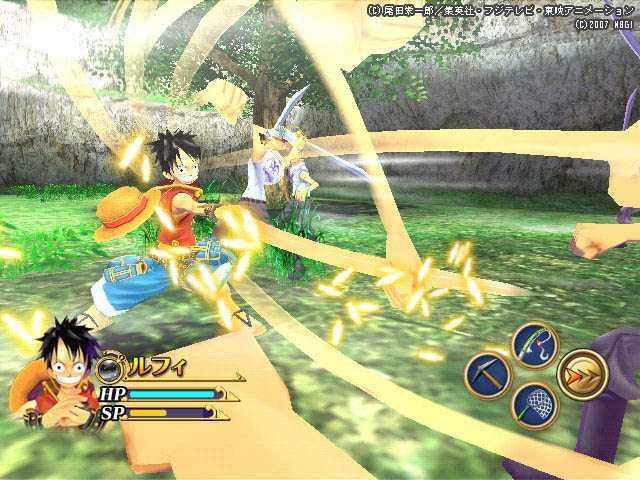 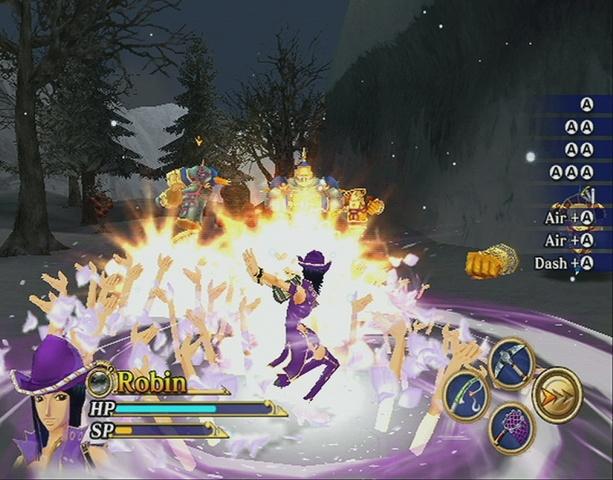 Introduction:
I was extremely excited when I learned that this game was coming out in the US. I have been a One Piece fan for years, but found their games somewhat disappointing. Even still, I bought as many One Piece games I could afford, and added Unlimited Adventure to my collection in March 2008. Compared to their previous games (mostly fighting and multiplayer games), Unlimited Adventure was a HUGE improvement. It had an original storyline (however short it may be), and you can switch between 8 of the playable Mugiwaras, aka the "straw hats".

Controls:
The Wiimote and the Nunchuk are used together, and the controls are very easy to learn. You use the Nunchuk to move, walk, run/dash, or jump. You can press the "1" button for a better view of your surroundings, and you can target lock using the "Z" button. The attacks are easy to learn and you can view the attack commands in each character's menu screen. The Wiimote is used mainly for attacking by pressing "A" or shaking the Wiimote, and the "C" button on the Nunchuk is used for dash attacks and special attacks.

The control response is good, however, the game becomes glitchy and starts to lag when there's too much commotion on screen. When the game is lagging, anything you input in your controller will have a delayed response; so prepare to be frustrated. If your HP bar is already low to begin with, it will most likely drop even more.

Gameplay:
This is an action-adventure game, so you have the freedom to roam around anywhere you'd like. Some areas are unlocked as the story progresses, while some areas are unlocked by charging the orb (or magic jewel) that Luffy found before crashing onto the island. Some areas are inaccessible, but Franky can usually solve that problem by building a bridge or something, but you'll have to supply him with the things he'll need to build them out of. In fact, you'll mostly be collecting stuff during the game, running back to camp and storing them, then running off to gather more items. This can be frustrating because you don't have a lot of space when you first start your game, but you can always upgrade your storage space later. You can collect food items and have Sanji cook something for you. His dishes will increase a character's HP bar and SP bar. You can collect herbs or other specimens for Chopper to create medicines. Usopp can make gadgets, tools and weapons out of random items, too.

When you encounter enemies, a list of attacks are shown on the side. Once you've completed all the moves on the list, your last attack will be slightly more powerful than average. Each character has their own unique fighting style. To unlock certain attacks, you may have to level up or max out a certain attack, or you may need to have a specific item or weapon. It takes awhile to level up all your characters, but you'll want to do this because you can swap between characters during battles and boss battles. You do not want to expire all your good fighters and get stuck with the wimpiest fighter left.

Graphics:
The graphics are an upgrade from all previous One Piece games. The Grand Battle fighting games had the characters in Chibi forms, which I really didn't care for. Don't worry, there are no Chibi characters here!! The cut scenes are very detailed and the in game graphics aren't bad as well.

Sound:
I love the soundtrack to the One Piece anime (Japanese version), but you will not hear anything like that in this game. The music is forgettable. Very plain, dull and repetitive. The English game is dubbed by Funimation, which is a HUGE improvement from the 4Kids voice actors.


Replay Value:
After spending hours on leveling up all your characters, would you really want to go through that again? Probably not. However, since there's not much of a storyline, you can start playing at any point of the game and still find it rather enjoyable picking fights with the Navy, foraging for food and supplies, or just kickin' back and fishing.
Review Page Hits: 0 today (217 total)
mediahook