Resident Evil with swords, and more! 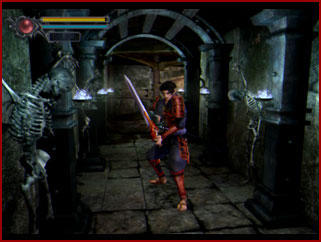 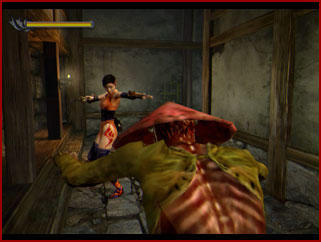 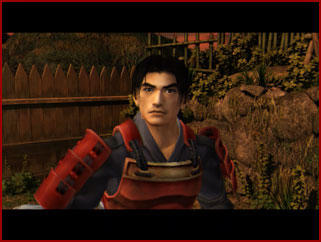 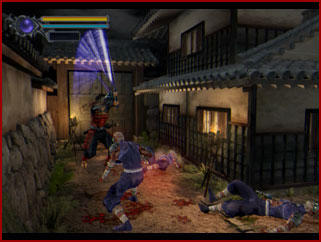 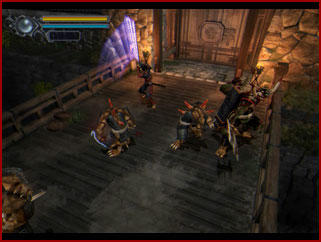 Onimusha: Warlords was one of the first highly anticipated games for the (at the time) new PlayStation 2 console. It was dubbed "Resident Evil with swords," largely in part to its unmistakably dark theme. Warlords takes place in 1560 AD, Japan. It was a time of turmoil, as a great warlord Nobunaga Oda had led a surprise attack on a rival kingdom. Just as he began to enjoy his success, an arrow came flying out of the sky and struck him in the throat. He was presumed dead until one year later, he began a rampage of heartless and cruel acts, leading an army of demons.

You are Samonosuke, a quiet warrior with a strong sense of justice. Samonosuke received an SOS from Princess Yuki, his cousin and master of the Inabayama Castle. Yuki's castle had been experiencing strange occurrences lately, with servants disappearing without a trace. Just as Samonosuke, and his trusted confident, kunoichi (female ninja) Kaede, arrived at the castle, Yuki is kidnapped. This is where the game begins, and you are cast into a dark, possessed, and demonic ancient Japan.

Samonosuke is a master swordsman, which will be his primary weapon throughout the game. The combat is basically a hack 'n' slash parade, with a few nice twists. You'll need to learn how to use both the block, and the strafe commands if you want to survive. Right from the first battle, Samonosuke is given a gauntlet, which harnesses the ability to capture souls from the enemies you kill. With these souls, you can power up your weapon. This little feature is actually a very nice addition, since you'll be doing a lot of running back and forth, and your foes will regenerate in certain areas. A little motivation to stick around and kick butt is always nice.

You will also gain the ability of magic, which is especially important against some of the more difficult demons that Samonosuke will surely face. The biggest turn-off in controlling Samonosuke is his movements. They can be a little "herky jerky", particularly with the classic Resident Evil controls (the L3 button is disabled) in samurai combat. On the plus side, Kaede and her knife control is a little smoother overall. Of course, the hit detection is great, and pushing that square button sure is easy.

Overall, the controls work very fluently, and the player will get accustomed to them pretty quickly.

Warlords is a very solid looking game. For an early PS2 game, the environments look very good, with high detail and a large amount of gloomy colors. Each character model looks good as well, athough not as detailed as the pre-rendered environments. In playing Warlords, you'll immediately notice that the voices don't match up with the lips during in-game sequences, but it doesn't detract from the game at hand. The voice-overs are well done, and help bring some of the characters' personas to life. The sound effects are great as well. They really help you feel like you're slicing a demon in half.

Warlords' music does a great job of magnifying the setting...I just wish there were a few more songs, instead of just "enemies in room," and "no enemies in room" music. Oh well.

Probably the biggest sleeper of the game is its story. Warlords does have an interesting tale to tell, but it would have been a much better experience if it was given more attention. In playing the game, you literally have to find the story yourself. There are diary inserts, letters, and other little treats that you will have to find if you want to get the full account of what is going on. It isn't that bad....there are some surprises, and not the one's you're thinking of now (or later

). I would have also like to have spent more time playing as Kaede, as opposed to her just showing up at important moments.

All in all, Onimusha: Warlords is a very good game. For any fan of a specific "Resident Evil" type of game, and a fan of ninja/samurai action, Warlords is a perfect game for you. Even if you just like one of the two, you can still enjoy this twisted fun action/adventure. I thoroughly enjoyed it, through and through, and am looking forward to playing Onimusha 2: Samurai's Destiny. There are also some nice cute easter eggs when you complete Warlords (if you obtain the needed grade).

With all things considered, I rate Onimusha: Warlords a well-deserving B+