Though Colosseum's concept is very interesting, it fails terribly in execution. 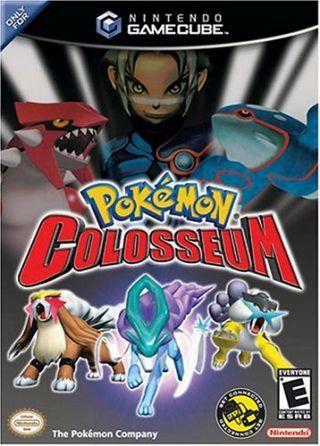 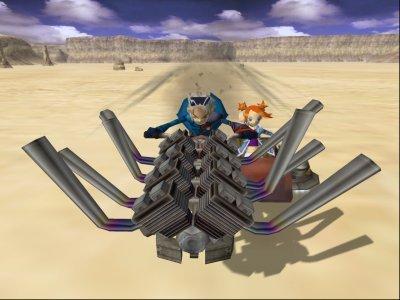 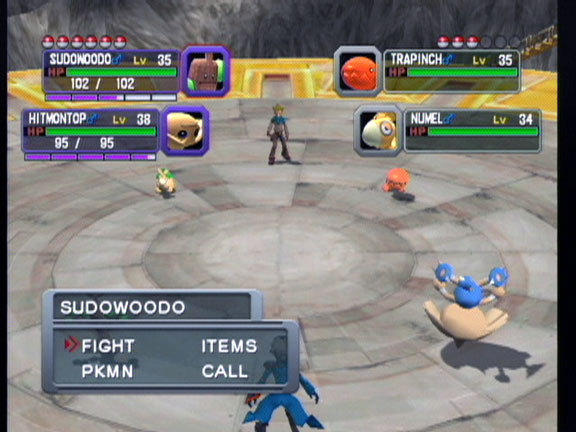 During a weeklong visit with an out-of-town friend, I bought Pokemon Colosseum for the sole purpose of furthering our games of Leaf Green and Fire Red. I popped in the disc, got to know my expressionless and somewhat ugly characters, and began to play. Since that first session with Colosseum, I have confirmed that it is most satisfactory for GBA version Pokedex purposes, but further uses are unknown. It certainly isn't fun.

However, rating this game solely by its mundane gameplay does not quite do it justice. This is what makes the game hard to rate with numbers, letters, or stars. Conceptually, Colosseum is a rather interesting game. It takes place in Orre, a desert region where Pokemon are scarce. There are no patches of grass teeming with wild Pokemon. Well, how do you get Pokemon?

Essentially, you steal them. Of course, in the game this is called Snagging, because if they actually called it stealing then angry parent groups would say that they're contaminating America's children (or something like that). Snagging is brought into the story like so: in a cutscene at the beginning of the game a compound in the desert is shown exploding and your is character running from the scene. He hops on his hopelessly stupid motorcycle thing and zooms off. You learn later that he stole a Snag Machine from the compound, which was a place where Shadow Pokemon were being produced. Shadow Pokemon are made by "closing the hearts of" stolen ("Snagged") regular Pokemon. Shadow Pokemon are violent and, err, shadowy. The point of the game is to steal back Shadow Pokemon and purify them, thus ending the trade of Shadow Pokemon.

Without a doubt, this is a much more interesting story than the single story that has been used in all of the GBA Pokemon games, but in execution, Colosseum fails horribly. Battles are all doube-battles (2 versus 2), not to mention that they're terribly monotonous and painfully easy Plus, the character and Pokemon models look dull. I mean, honestly, can't a Pokemon game have good graphics? The environments look passable, but for humans and Pokemon the game obviously tries to emulate the look of the 2D sprites used on the GBA versions. They do this by using simple textures that are all the same except for their colors. This does not work at all. Instead, it makes the game look dated. And I mean really, severely dated. Why not make a distinction between handheld and console Pokemon titles by indulging in such things as displacement maps, complex and varied textures, and otherwise increased detail? You know, that stuff that most games have nowadays? Or why not go cel-shaded? This would greatly compliment Pokemon as well as eliminate the fact that console Pokemon titles look like N64 games.

I really want to be nice to this game. It is much more interesting conceptually than past entries. But each time I actually play it, I am overcome by rage and despair. How can any game be so unplayable? I guess the geniuses at Genius Sonority aren't brilliant enough to make anything that's fun to play. But with such an evolution in storytelling, one can only hope that the new console Pokemon title (Gale of Darkness) does not suck as much as it's said to. But until you know for sure, just dig out the good old Blue Version and steep in nostalgia.


NOTE: An older, slightly different version of this review can also be found at my blog, parkavenger.blog-city.com. Just wanted to make sure no one contacted me about copyright infringement :)
Review Page Hits: 0 today (383 total)
mediahook