A nice new innovation in the Pokemon series, but that alone doesn't mean the game deserves a good score. 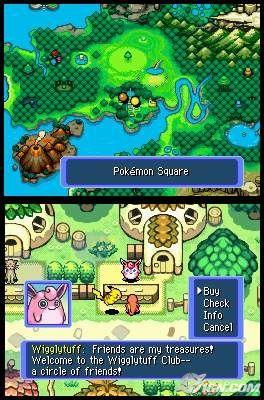 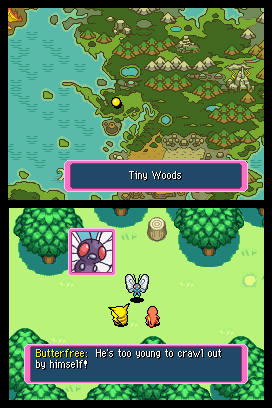 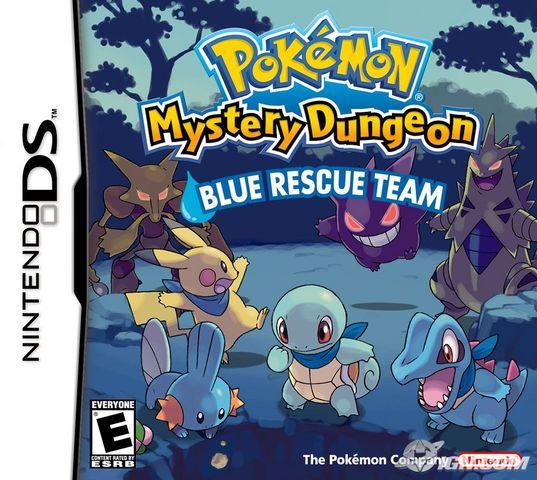 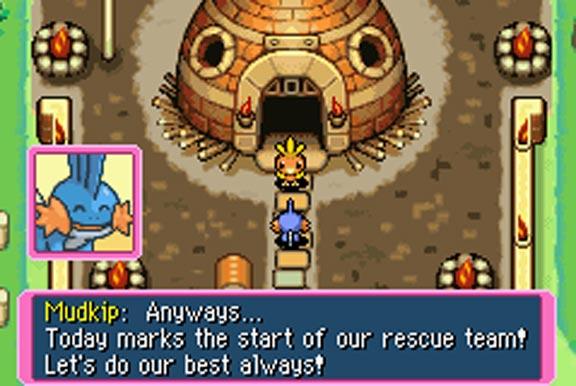 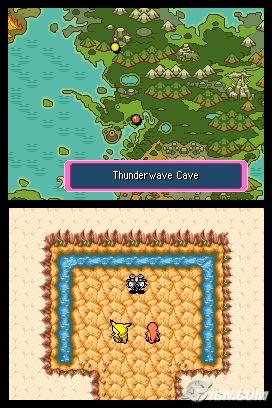 Okay, this game is basically a twist on the original Pokemon franchise. You know that because you're actually a Pokemon in this game.

The story kinda skips at the start, but the story skips for a reason. It adds more to the game.
You wake up as a Pokemon and you start a rescue team. That's the main story. However, there is another, much deeper storyline in the game. You need to find out WHY you have became a Pokemon. I won't give out any spoilers but I will say the game has a good storyline.

Overall I'm gonna say this. Sorry Pokemon fans, but this game is horrible. Well, not "HORRIBLE" horrible. It's just that the graphics and sound don't grab your attention, then you go right in to the game and get a view of the gameplay. The dungeons are nice, but combined with the bad sound and Pokemon sprites, it's not so nice.

As far as gameplay goes, you're a Pokemon, so you get to move around freely in dungeons, use attacks--do things pokemon do, basically.

Good news, there's a lot of Pokemon you can be, bad news, you have to take a personality test to see which one you are. After that, you pick a pokemon as a rescue partner and off you go.

The object of a dungeon in the main story is to go down through the floors. You do so by finding the stairs on said floor. But there's a lot of Pokemon who will attack you on each floor. Other things you have to do, called Rescue Missions, involve going to certain floors to fid a certain "lost" pokemon, an escort mission, sometimes you have to bring an item, etc.

That's pretty much what I can say without spoilers so let's get to the ratings...


Sound 2/5
The sound has its moments but mostly it's repetitiveness and not just the buzzing in the other games. Some dungeons have unique themes, whereas others have the same. So in this case, it's not the quality, it's the quanity that's the issue here.

Graphics 2/5
The Pokemon are very small sprites, not very large like in some games. When a Pokemon talks (you're a pokemon, so you can understand what they say), a frame with what looks like a hand drawn face of the pokemon pops up. It can display different emotions such as anger, fear, or tears, etc. Dungeons are all right, but as with sound, the scenery gets killed with bland repetitiveness. A pokemon's moves pretty much do the same.

Gameplay 2/5
Has a nice story, but that's pretty much it. The dungeons are reptetitive, as with every other aspect of the game. It takes about 3 minutes to find the stairs on a floor. Imagine doing that 40 or 50 times, worrying about hunger (hunger in this game is called belly. Every few steps you lose it. It drops to 0, you lose HP instead. You know what happens if you lose it all) and trying to get your incompetent partner to stay near you as not to get KO'ed and cost you half the items and ALL the money you have if you die. That and most dungeons have a boss (legendary pokemon or a rival team, etc) at the end waiting to pummel you. I shudder at this, but being a die hard Pokemon fan, I still play the game.

Replay 1/5
No no no no NO. The game is so bad you want to stop what you are doing, take the game out of the DS, and act like paper mario and whack it with a hammer. Most dungons require up to 4 hours to complete, and there are like 30 dungeons so I don't think you wanna do that. No sirree.

Overall, Nintendo and had a good idea, but soiled it. Recommended for kids under 3.
Review Page Hits: 0 today (674 total)
mediahook