2K Sports' attempt at a legendary return to the gridiron falls short, but All-Pro Football 2K8 is still a solid title. 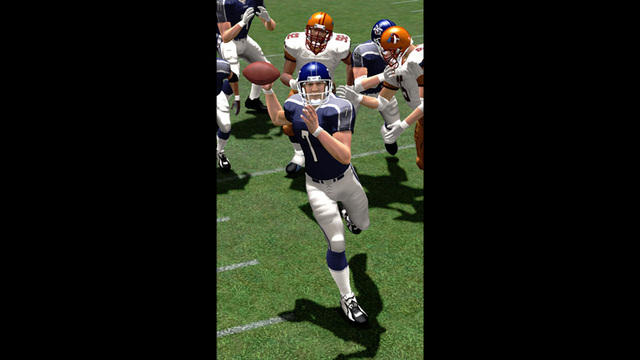 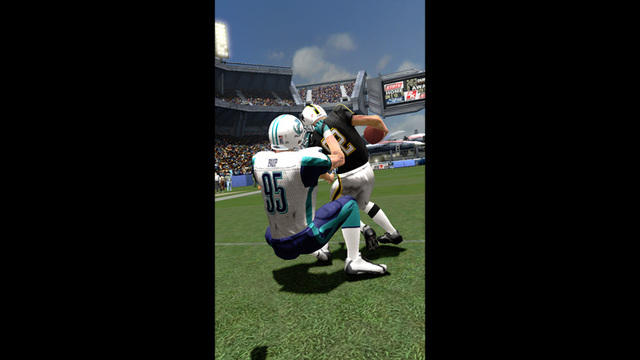 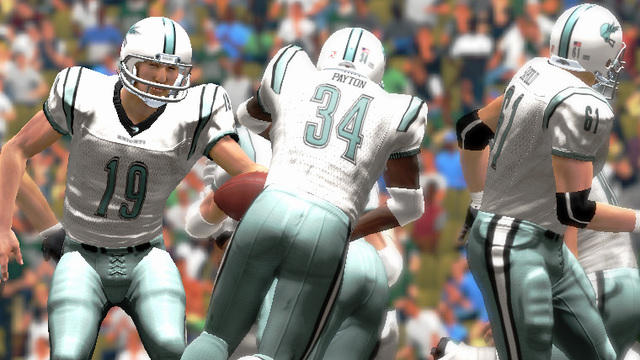 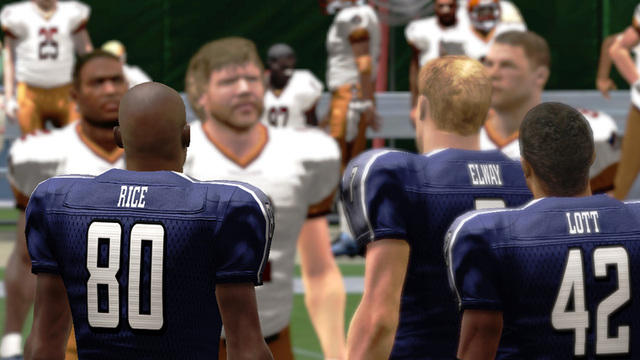 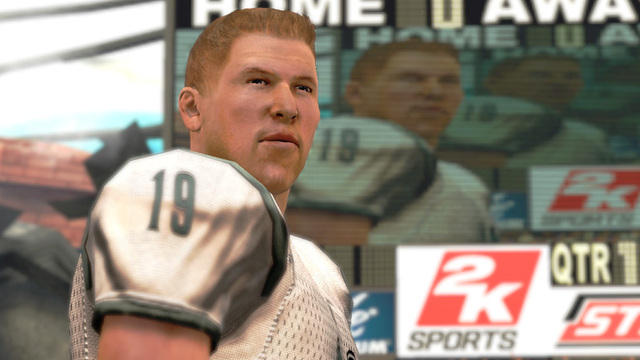 After a brief spell, 2K Sports returns to the football field. With EA Sports locking up the NFL License, 2K Sports has enlisted the help of NFL Hall of Famers and other past greats in All-Pro Football 2K8. But while its players are legendary, this title doesn't quite live up to their names. All-Pro Football 2K8 lacks the polish and fine-tuning usually found in the NFL2K series, but still delivers a fun football game.

Part of that fun is creating a team. All-Pro Football 2K8 features over 240 NFL legends, each of whom have simple to decipher icons to determine their strengths. Gamers have to choose 11 total legends to play on either side of the ball; the rest of the team is made of generic players that are divided by position and specialization. This makes customizing a team to fit any style of play simple: for example, gamers who like to throw deep can draft a legendary quarterback with a strong arm and a legendary wide receiver with deep threat capability, then choose a generic offensive line that specializes in pass protection. Yet, though creating a team to your liking is simple on the surface, crafting a team that can compete with the computer will take some thought and strategy, and maybe even a couple of tries. The computer usually fashions teams that are well-balanced; couple this with solid AI, and going through an entire season (which, outside of playing online*, is really the only other mode of play) can be a challenge on the harder difficulty settings. Unfortunately, some slippery physics and awkward controls do not make things any easier.

Players often feel as if they have too much momentum, and a player's size and speed doesn't seem to be related to that at all. Whether it's a speedy running back trying to cut back across the field or a heavier defensive lineman trying to react to a screen pass, players usually have the same slow animation and reaction time when trying to come to a stop, or head in the opposite direction. Additionally, the analog stick is set too sensitively, making subtle movements and more precise controls difficult. Occasionally the result is realistic, but it usually feels like there is a dramatic disconnect between deciding to change directions and actually changing directions. Thus, tackling becomes a chore (especially as a safety): because the game plays fast, the lack of precision control can make trailing receivers, chasing down backs, and reacting to passes difficult, to say the least. What makes playing defense even worse is the confusing playcall screen. Zones take up too much of the window, and it's generally hard to tell who's playing what zone and who's blitzing without really taking the time to study the play.

Luckily for the offense, this problem is limited to the defensive playbook. On the field, offensive players have the benefits of jukes, stiff arms, and spin moves to help them get around easier than the defense, but having to continuously tap a button to speed burst can make chaining several moves at top speed tricky. The tap concept creates a problem in the passing game as well; passing is pressure sensitive, so lightly pressing a button will throw a lob - however, tapping a pass button will lead to a pump fake. There is a thin line between the two, and the result is often either a sack or throwing to a receiver too late into his route. The quarterbacks have a little too much momentum as well, and they often throw on the run, making weird turns and taking needless steps before starting their throwing motion. This is especially notable when trying to lead receivers with precision passing. Once you get used to all this and get the ball in the air, passing becomes greatly satisfying. Defenses play their man coverage and zones realistically, making dropping passes over linebackers and in front of safeties, or over the outstretched hand of a cornerback deeply gratifying.

Even more satisfying is running the ball, easily the best aspect of this game. While there is an obvious difference in skill between legendary and generic players, both types are smart in the run block, whether it's a pulling guard leading you through the hole, or a wideout picking up the safety. Whether or not they are successful in that block is another story, but generally, players get their assignment right. Legendary running backs are generally either very elusive or powerful tackle breakers, so big gains on the ground are a little too common. Still, it's a pretty thing to see.

Graphically, the game is just as pretty. Players are composed of realistic player models with faces that, for the most part, resemble their real life counterparts. Animations are usually smooth (there's an occasional hiccup when transitioning between two animations), and everything from the players' uniforms to the stadiums are textured and lit well. The details of the players' faces and gear, as well as the crowd and stadium in general are a little lacking, but overall, the game's graphics provide a real sense of action and depth on the field. The audio commentary isn't as deep, however, often repeating themselves throughout a game. This wouldn't be terribly annoying if they had interesting (that is: not so obvious) remarks. To be fair, the play by play is generally engaging - it's the commentary that comes out flat. The sound on the field is much better, though: the impact of shoulder pads, the play-calling at the line of scrimmage, the roar of the crowd - it's all engrossing.

In the end, the game is playable and enjoyable once you get the hang of all its quirks. 2K Sports has made better football games, but this is a good alternative to anyone who doesn't like the Madden series. The football being played is quite good, but the game just doesn't have the polish and fine-tuning needed to make this more than just a solid title.

*Game was not played online; score does not reflect online play, but does reflect the option to do so.
Review Page Hits: 0 today (108 total)
mediahook