A delicious helping of 2D goodness served up next-generation style 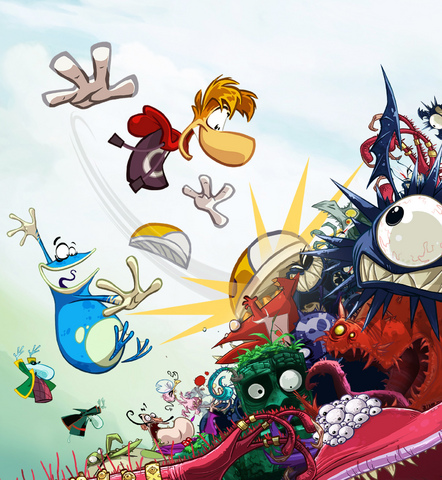 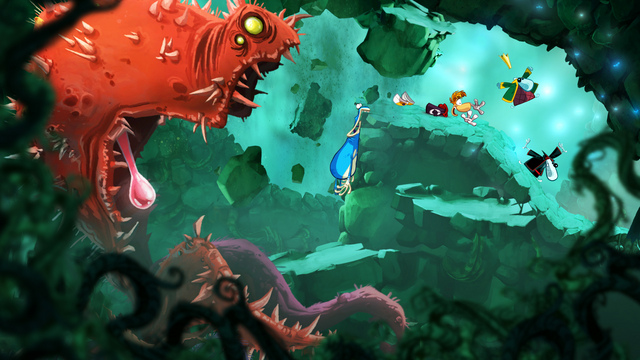 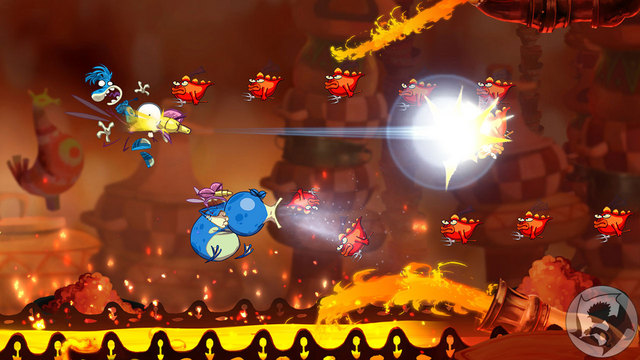 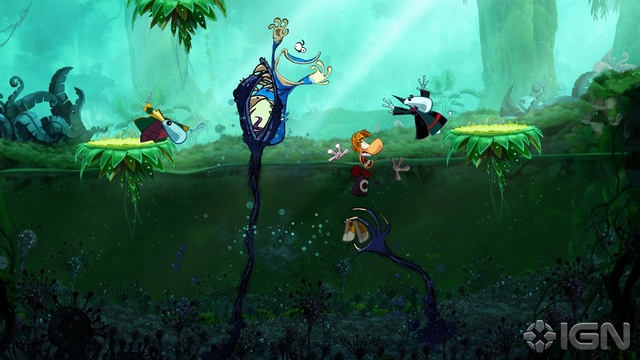 Out with the old, in with the new. Very little in our world avoids the inevitable shift from fresh and hip to stale and outdated. From beepers to mullets, Limp Bizkit to Members Only jackets, nothing can best Father Time. What was once a benchmark videogame genre in the generations of yesteryear, platformers have taken a hit in popularity recently. Besides an occasional entry in the Super Mario conglomerate or one of those dreadful Sonic games, gamers looking to get their platforming fix have been left wanting more and more in the current generation. Enter, Rayman Origins. After having taken a little time off to focus on the Raving Rabbids franchise, Ubisoft delivers the goods with its first new Rayman game since Hoodlum Havoc way back in 2003. Featuring some of the best 2D graphics in recent memory, amazing gameplay, crisp sound-effects and music, and a healthy dose of challenge to boot, Rayman Origins is what platforming fans have been clamoring for for years.

From a gameplay perspective, 2D platformers are fairly confined in their scope. Without fail, every self-respecting platformer involves a player-controlled character running horizontally and/or vertically across the screen until the level is over, end of story. In Rayman Origins, Ubisoft did not try to reinvent the wheel as it follows the aforementioned template to a tee. From swimming to scaling mountainsides, all the way to flying alongside military-issue mosquitoes, controlling Rayman and his gang is a cinch. Not once did I feel as though a mistake that led to a death was due to slippery game mechanics or delayed feedback between my thumb and what was happening on the screen. In terms of pacing, the gameplay in Origins manages to strike a fine line between meticulous exploration and fast-paced running and gunning. From top to bottom the controls in Rayman Origins are spot on. As for the dying, it occurs a lot. And I mean, A LOT. Fortunately, each and every one of Origins' 60+ stages are littered with checkpoints that keep backtracking to a very manageable level.

In terms of game types, it is a well-known fact that 2D games have taken a backseat to their three-dimensional brethren and have done so for quite some time. It is this reviewer's opinion, however, that there is still much that can be done under the restraints of two dimensions. Visually, Rayman Origins drives the point home that 2D is not dead and the game is simply a sight to behold. Featuring lush landscapes, vivid colors, lively animations, and what appears to be an insane attention to detail, the graphics are an unmitigated success. As a side note, although still images are nice, they do not do justice to the fluidity of the movements when actually playing the game. Without a hint of slowdown to be found, you owe it to yourself to see Origins in motion.

Story-wise, Rayman Origins is about as basic as you can get. Without giving anything away, the plot begins with Rayman and his pals sleeping a little too loudly, waking up the bowels of hell, and it is up to the player to send the evil spawn back where it came from. The lack of a memorable story does little to dampen the experience, however, as when was the last time you played a platformer for the story anyway? With that being said, the bosses, while visually striking, are not very notable in their role and generally do not provide for much excitement as a whole.

Slight detractions notwithstanding, Ubisoft outdid themselves with the latest entry in the Rayman series. They managed to breathe life into the platforming genre while maintaining many of the characteristics that made the genre so special after all of these years. Featuring rock solid gameplay, stellar graphics, and many tough moments, Rayman Origins ranks right up there with some of the best platformers of all time. With such a rich heritage in the genre, standing toe-to-toe with the greatest is no small feat.