An incredible open-world, fully destructible shooter. Probably the only game where you forget about the main story because of demolishing everything! 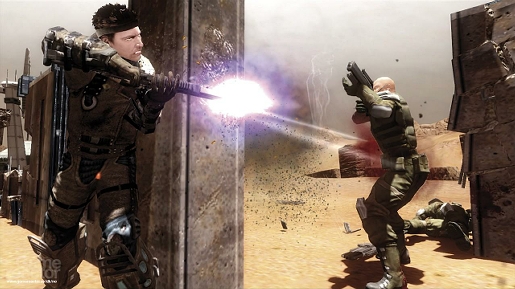 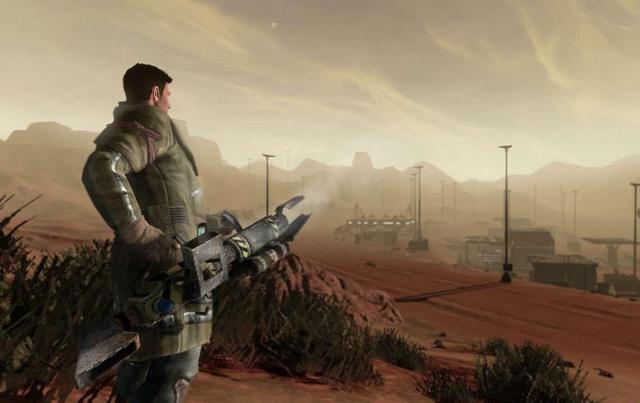 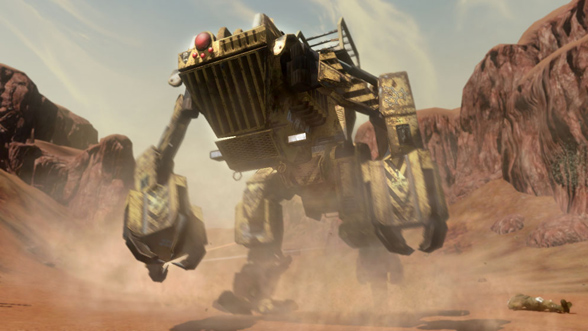 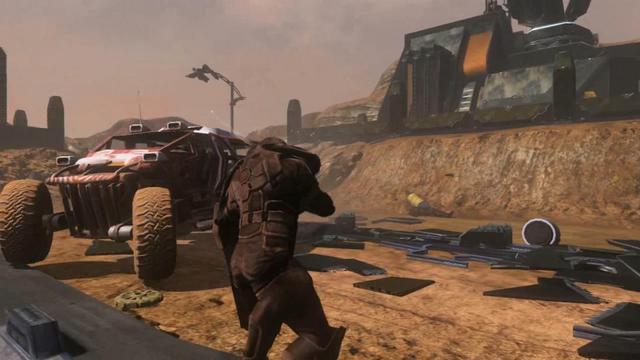 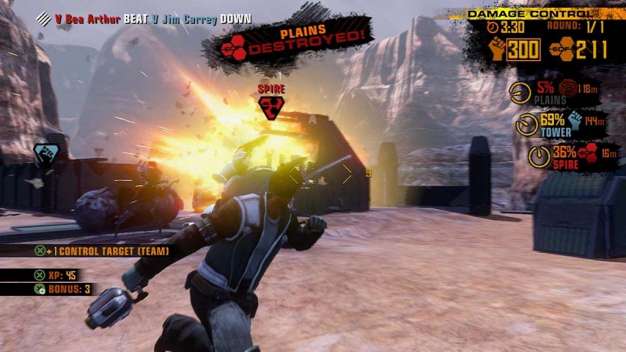 Red Faction: Guerrilla takes place on Mars and your character is Alec Mason, a former miner who rebels against the EDF (Earth Defense Force). Basically the EDF are the bad guys along with the Marauders which are the original inhabitants of the planet. RFG is an open-world game similar to Far Cry 2 and the Grand Theft Auto series. You can do what you want when you want. There are different types of missions that you can complete. The first type is the Gorilla Actions, these are kind of like side quests, they aren't necessary but they are pretty fun. Most of these missions consist of doing something in a certain amount of time, for example, destroying the building in front of you with only your hammer in less than 2 minutes, or use the turret to destroy the windmills in under a minute. Some of the Gorilla Action missions consist of going to rescue hostages from a building or stealing a truck from EDF territory and bringing it to a safe house. Each GA mission has a reward whether it be to raise the morale of the Red Faction or give you salvage. The currency used in the game is known as salvage. Salvage is picked up from destroying things as well as rewarded for completing missions.

There are a few things that instantly stood out about the game for me. One being the fact that the shooting is very accurate and feels great. Another being the vehicles. There is a wide range of vehicles and they are all fun to drive. Some vehicles even have turrets which you can switch to at any moment. Another thing I liked was the fact that they took the narrator from Crackdown, this gave it a great feel. The last thing and also the most important aspect of the game is the fact that everything is totally destructible. Everything. You can go up to a huge tower, destroy the foundation and the whole building will fall down and crumble to pieces. This is at times pretty amazing and this is what makes the game so fun.

Graphically, Red Faction: Guerrilla looks pretty good. The surface of Mars is rather barren and there is a lot of gray and brown and red coloring, but each of the different sectors of the game look different so there is a bit of variety. The game also has an appropriately dirty and weathered look to everything (this is dusty Mars, after all), which is nice. The explosions also look great, and the physics of falling buildings are pretty fantastic.

The sound is pretty darn unremarkable. The sound effects are okay -- explosions are nice and loud -- but the weapons and vehicles all sound pretty weak. I honestly can't even remember what the music sounded like since it is mixed so low compared to everything else.

Overall Red Faction: Guerrilla is in my opinion a day one purchase if you like open-world games. If you are skeptical, try out the demo, I bet you will enjoy it. I did not play the multiplayer modes at the time this review was written but the single-player campaign alone is enough to merit a day one purchase in my opinion. I plan on putting many more hours into the game so I am happy it was released right in time for the summer months. It looks like all my time is going to be spent on Mars this summer.
Review Page Hits: 0 today (488 total)
mediahook