Old-school gameplay on the PS2 for only $20! 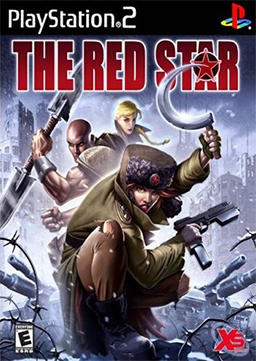 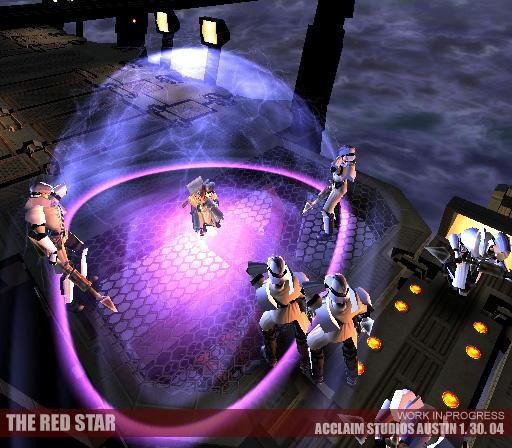 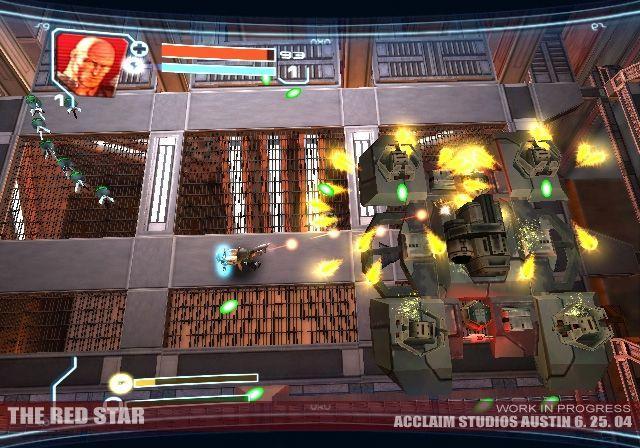 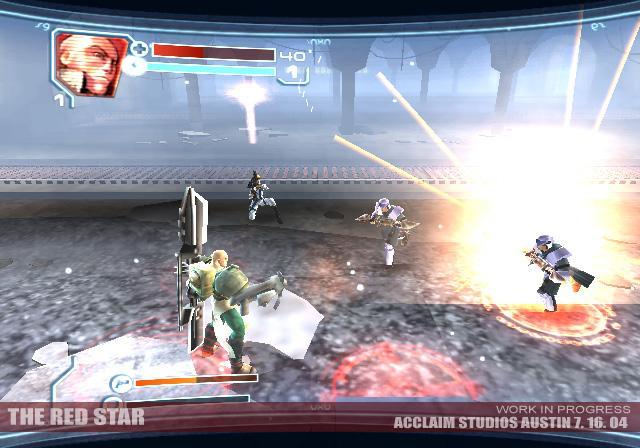 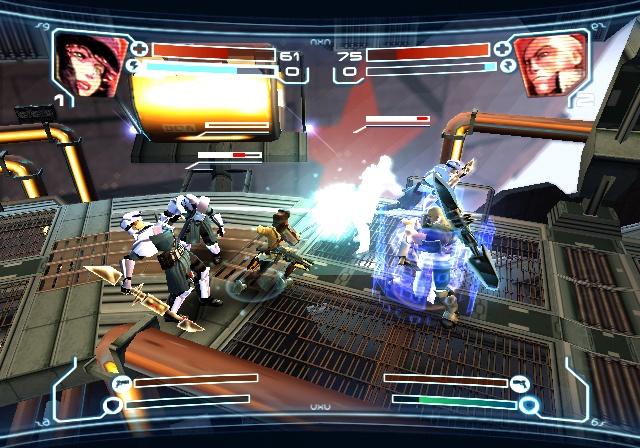 The Red Star was release 4/23/07 in the US, after originally having a release date in Fall 2004, due to the developer, Acclaim, going bankrupt and another company picking up from where they left off.

Story- Pretty much nonexistent. You are in the fictional Soviet Union, called the URRS, with a mix of fantasy and Soviet influences to make up this world. You're fighting adversaries you don't even know, and the game has no backstory and pretty much no ending. The lack of cutscenes and voice overs severely hinders this game's plot. For a game based on a graphic novel, it's certainly disappointing. 0/10


Graphics- Clean and decent. The enviroments and character models are well done--for a game developed in 2004, as this game was. The developers should have made the textures and background more detailed. Still, the character models were fairly nice looking. The option of progressive scan is a novelty that not many PS2 games have. I thought the environments, ranging from things like train yards to deserts were interesting, but lacked the Soviet-inspired feel I was looking for. The industrial levels seem more fitting to this, but they seemed all too futuristic to be in a Soviet game. They were tolerable and I did not have a problem with them while playing. 7/10

Sound- The sound, like the graphics, was decent. Guns and melee weapons make cool sounds, and they sound great when you're attacking an enemy. The actual music was far too repetitive and bland to be positively noteworthy. The enemies sometimes let out a strident noise when they perish, but it is unenthusiastic and boring. 5/10

Gameplay- This is where the game truly shines. The combat ranges from a 3D beat-em up, paying homage to games like Streets of Rage, and to a top-down, vertcial shooter like Gradius or Strikers 1945. It's fast paced and the action seamlessly integrates both styles of gameplay, allowing for enjoyable combat all the way through the level. For the beat-em up gameplay, you have two weapons at your disposal: a melee weapon, and a ranged weapon, with the specific weapon varying for which character you choose. Both are essential to defeating your enemies, as some enemies are immune to melee attacks, but not ranged ones, and vice versa. You can build up combos, allowing for greater damage and more ways to kill your enemy. You also get a special attack that can be used if you fill up its bar all the way, and this attack can be very useful in tight situations. The top-down mode is wonderful, and the combat is as frantic as one would imagine. The melee weapon isn't really used here, so the ranged one is your weapon of choice. Bosses are mostly in a top-down view, and they launch several projectiles your way. The bosses are incredibly fun as well. The load times before levels and while starting the game were long, which was rather annoying. The framerate almost never drops, no matter how many enemies are on the screen. It's wonderful. 9/10

Difficulty- To put it simply, this game is hard and unforgiving. You do not get any checkpoints in a level, no mid-game saves, etc. Health packs are scarce when you need them, sometimes they are too close together, and when you actually do need to replenish health, there are no health packs around. Luckily, you can buy an upgrade which allows you to gain a small amount of health back with each successful melee combo, but even then, this game is tough. The later levels in the game can be extremely tough, but with enough patience, this game is beatable. It offers enough difficulty for a relatively new person to beat-em-ups and shoot-em ups, but I'm sure veterans of the genres would have a bit of difficulty as well. 7/10

Learning curve- It's easy enough to learn the controls and beat a few levels, but the last 75% of the game is pretty tough. 6/10

Replay value- Like most shoot-em ups and beat-em ups, replay value is key. Beating the game with the highest ranks, sustaining no damage, upgrading your weapons and armor all the way, and more, are everlasting appeals in replaying this game. I don't know if I could sit through this game again, but I'm sure big fans of this game won't have a problem. 8/10

), and I felt it was lengthy enough for a game of this genre(s), without being too short or overly boring. 9/10

Conclusion- For a $20 game, it's pretty awesome. The combat is fast paced and engaging, the replay value high, and the difficulty harsh enough that I wanted to beat this game no matter how long it took or how many times I died trying to beat a level. The graphics were decent, but could have been better, and the sound needed work, but this should not deter you from picking up a game that will challenge you while still having fun in the process. The lack of story for a game based on a comic book was a real damper, though, but sometimes you can't have it all. 8/10
Review Page Hits: 3 today (238 total)
mediahook