Red Steel is punishment for sins.... 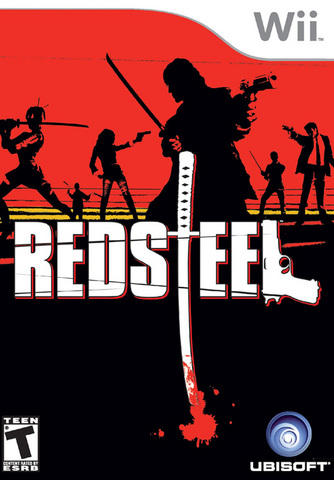 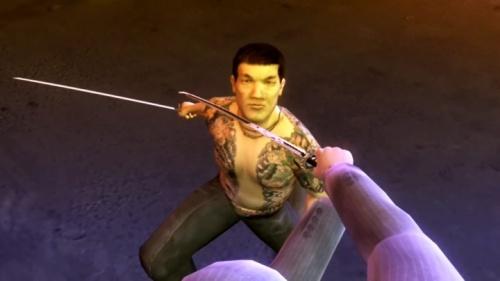 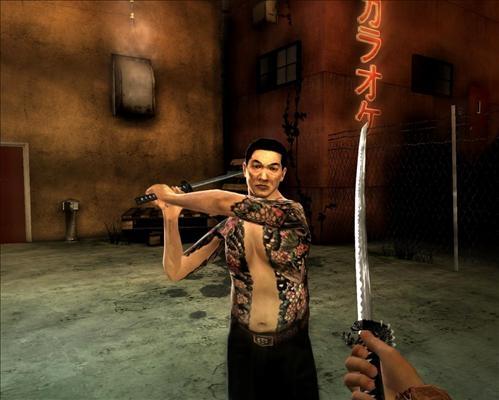 The first attempt at UbiSoft to develop an engaging first person shooter for the Nintendo Wii falls short... shorter than the line at the Michael Jackson's Moonwalker coin-op.

Red Steel tries to set you up with an interesting story, but interesting is far from the correct label. Apparently you are at a dinner with your fiancé and her father when a ruthless gang make an effort to thwart the nice evening. From there the story escalates with you being separated from your fiancé blah, blah, blah. The story really isn't that important because after the first thirty minutes you find yourself so aggravated the story is no longer a factor.

As you travel through the game you will immediately notice the horrible glitches and poor response of the Wii remote. Even after adjusting the sensitivity of the Wii remote about 4 times I was still cursing repeatedly at the screen (more so than the looping curse words shouted by retarded NPC's). The Wii remote acts as the control for your weapon and often times the sensitivity changes at random times. When changing from a rifle to a pistol you find yourself learning the feel of the remote all over again. Not only that but you are supposed to be able to hold down the A button and simply push the remote towards the screen to zoom in. This works about as good as playing Top Gun on the NES with the Power Glove. Often times you find yourself trying to use the lock-on feature to shoot enemies and it locks on to one enemy that isn't even in your line of sight! Then it refuses to adjust to another enemy. This is just ONE of the many problems I have encountered when trying to play this game.

Moving on to other issues, you will soon be in disbelief as you find yourself repeatedly trying to use the sword (an ability you learn early on) to parry enemies weapons. However, instead of actually USING the sword, all you get is the sword icon on the side of the screen telling you that it is ready for use. We know we can use it, let us! Do not buy this game if you were hoping to become a ninja and learn the ways of the katana. The swordplay comes in linear bursts and usually occur only in certain rooms. Outside of the special "sword fight" sequences the sword is almost completely impossible to wield. But who really needs to wield a sword when the AI are clinically retarded? At times the NPC's would actually run from BEHIND cover and approach me where they would then duck down with their back to me. That's right: the enemies would actually back up to me and let me shoot them point blank. No matter the setting the AI did the same things over and over again including shooting into a hallway even before and after I had entered it.

Gameplay doesn't stop sucking there, it carries on into multiplayer. The same problems with the sword appear, except this time you get to slide across the screen (20-30 feet) like an ice skater and STILL not hit the target! Not only that, but when I was playing multiplayer games I realized something that I missed in single-player... the shotgun has no distance compensation. It works the same from four feet as it does thirty feet. As a foe was climbing a sniper tower to shoot me from LONG range, I was able to easily pick him off with a shotgun. I soon found myself dropping the shotgun though (after about four rounds), and simply using the default pistol because after three random shots you can kill anyone with it! Halo pistol anyone?

Graphics are another buzz killer. There are no circles in this game because this is the land of eight sided figures! Everything is a stop sign with very few exceptions. Characters are poorly animated and EXTREMELY repetitious in look and design, and the level designs are horrible. Not to mention there is no blood or character reactions to being shot/stabbed/hit. Everything is link and nothing is separate. What this means is that if there are eight bottles in a row and the first is shot, all eight bottles explode. This is seen throughout the game. Also, fires, muzzle flashes, smoke, etc. are all poorly done! The Nintendo 64 produced better shading and graphical effects. The only real positive I was able to salvage was the lighting and reflection effects. It seems that Ubi spent more time on these than the entire game. Gun models are actual 2D clipart-style inserts on the screen. If a gun falls from a victim, it instantly loses its third dimension. Not only that, but textures are horrible! I have seen more appealing textures in West African food preparation.

The game does not cease to disappoint with graphics. Sound takes a HUGE hit. The music actually LOOPS and I don't mean seamless loops. At times you can actually hear it simply start over. The same with the voices. The voice acting is some of the worse voice acting I have ever seen/heard. During one instance in a stairwell, I was unable to shoot a thug and eight times in a row he shouted "gosh darn! Help me." It was a repeated and uninterrupted loop of him cursing. It seems like they tried to appeal to older gamers with adult language strewn throughout all the characters' dialogue. However, it really loses its appeal and grittiness when it is looped eight times in a row! This was one of the first games in a long while where I actually felt that songs didn't match levels at all. I am not a big sound guy but this was obvious even to me.

Recap: Red Steel is a failed attempt at a "cutting-edge and innovative" first person shooter. It falls short in ALL fields and was only fun for about fifteen minutes (and that was in multiplayer). Throughout the entire game the player is given SOME interesting abilities, situations, etc. but they are not consistent. For instance, some tables can be knocked over and others can't. Also, the much anticipated sword play is limited to special cases only! The game seems extremely rough as if it was rushed or lost funding. I really expected a better title. Also, if the game is fun then the Wii remote is an awesome feature, but if the game sucks it then becomes a hindrance. I clocked in at around nine to ten hours worth of play on my first time through (92% complete) and about eight hours on my second turn around. I only played it that long so I could write this, and save someone else from wasting that amount of time.