The franchise that pioneered an entire genre returns in yet another iteration and lunges into the eager hands of GameCube fans everywhere. 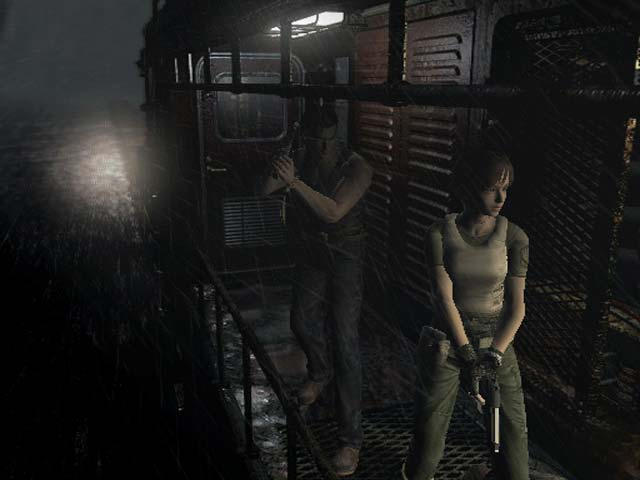 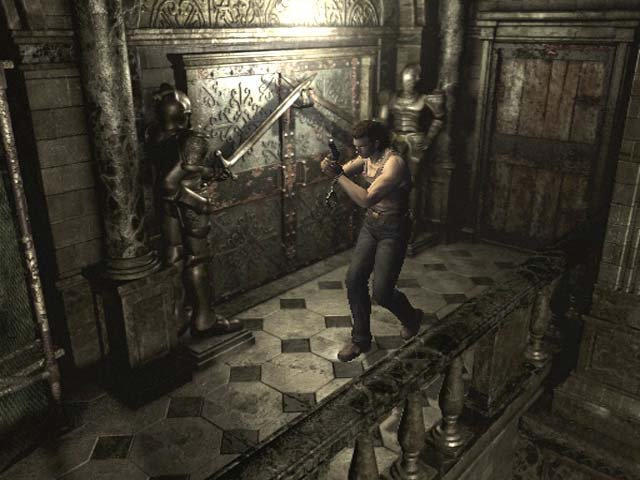 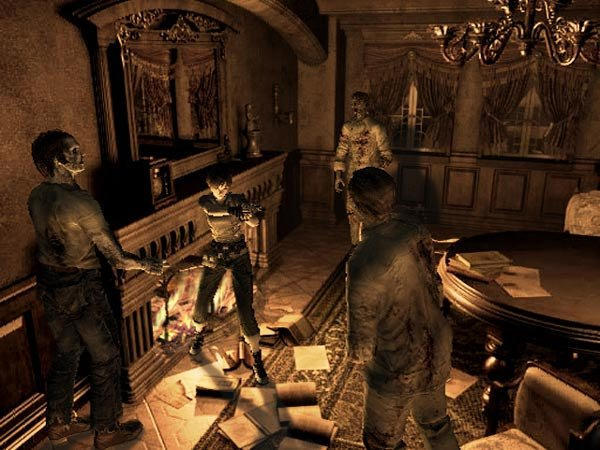 1996 marked the beginning of a new era with the entry of Capcom's Resident Evil. Since then, the franchise has infected multiple platforms with a unique blend of survival and suspense. While others have since emulated the formula and expanded upon it in their own ways (Konami, Silent Hill), none have captured the shock factor that constantly allures so many into the eager arms of this undead beast.

Resident Evil 0 takes place before the events of the original title, placing you in control of the STARS agent Rebecca Chambers and an obscure drifter by the name of Billy Coen. Although a cliché in his own right, Billy is a welcome departure from the seemingly formulaic "good guy" that is associated with most games of this type. Character development is more natural in 0 than in former games, carefully leading the player with logical progression. You aren't given too much information immediately, but details aren't so scant that you would lose interest before the next twist is revealed.

The title almost immediately throws the player into the action, beginning the game in the midst of a moving train that has been exposed to the virus. The most striking aspect of the game that immediately stands out is the level of detail in each scene. Every seat, wall, and crevice has a distinct style that is only accented by the unbelievable use of shadowing. Lights sway in some areas, letting light flow realistically and drenching some areas in darkness. The most notable criticism in the franchise before it arrived on the GameCube was the lack of immersion; environments felt static and detached. Capcom has improved significantly over the years. Detail pours from every scene; whether it be the swaying trees that scream by as you make your way across the top of a train or something more subtle like the eager flames casting realistic shadows on the walls opposing them, you will be impressed. Each view seems photo-realistic and the high-polygon characters only compliment that. Each character was crafted with surprising detail. Their animation fits character as well (i.e. Billy walks like a man, Rebecca walks like a woman, and each creature has it's own quirks). The most engrossing, if not a bit grotesque, animation is that of the leech zombies. They have seizures and convulse before dying, jerking around realistically. It all adds up to an excellent experience.

The environment is further enhanced by the skillful use of ambient sounds. Each creature has a distinct and, quite often, disturbing collection of sounds that are specific to it's design. The personality of each is unique, from the guttural roar of the Hunter to the wet, phlegmy wail of the zombies. The surroundings also aid the feel with things such as the soft crunch of broken glass to wind blowing against the windows or through bushes. It's surprisingly atmospheric. Unfortunately, Capcom neglected to include Dolby Pro Logic II support, which is odd considering the production value associated with the rest of the game.

The gameplay is where Resident Evil 0 will likely disappoint most people. Few things have been changed to enhance the experience. Character control is still painfully awkward and slow, which becomes a hassle when you encounter the more agile enemies in the game. Item boxes have been replaced with the option to simply drop things anywhere, but this presents new and more frustrating problems than before. With item boxes, you could at least depend on the idea that everything is in the same place. With this system, you'll often be forced to drop an item in exchange for an integral key. Do this enough and you'll forget what is where, leaving you without the supplies you need to survive. You can put all your eggs in one basket and leave things in the same room, but that means you will always have to return to that spot to collect items. (The areas are rather large, so this will get old quickly.) There are simply too many items to keep up with. The obscure puzzles still don't make sense, nor do they fit the environments in the least. They're merely a way to artificially extend the longevity the game, and it shows.

Resident Evil 0 is an excellent game for those of you who are already addicted to the genre. Capcom has done little to attract those of you who disliked earlier entries in the franchise, though. You'll find a deeply rewarding experience if you can get past the aged control system.
Review Page Hits: 2 today (297 total)
mediahook