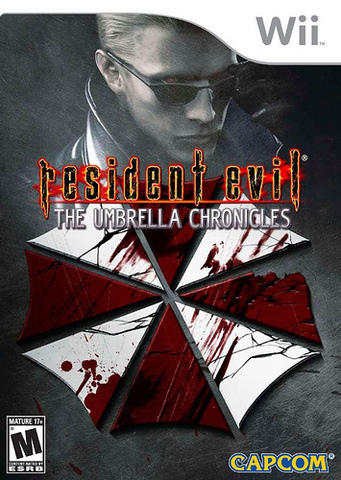 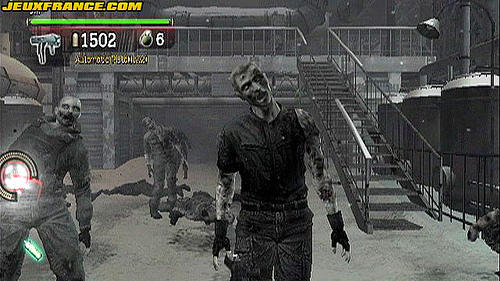 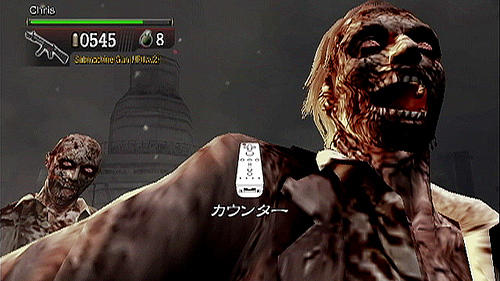 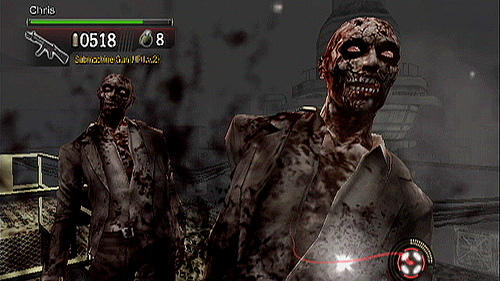 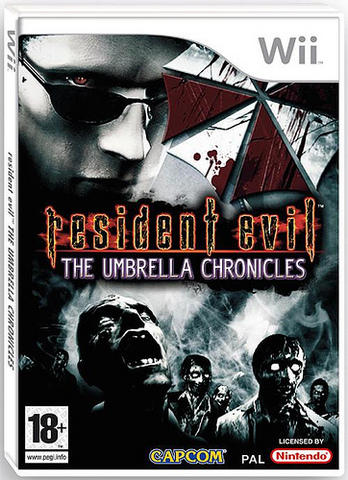 Here we are again, another Resident Evil game, spouting off about Zombies, Guns, and Wesker. The great thing about this game, though, is it goes beyond all that, and delivers a game worthy of the Resident Evil title. It goes through a lot of the older RE games and locations, but from a different point of view, and also in a lot of the "Bonus Type Stages" you can play as Albert Wesker, the RE "Bad Ass" himself. They go into a lot of backstory regarding Wesker and Umbrella that you never find out in the previous RE games, so for RE plot, it is a MUST-PLAY


Gameplay - A
OK, starting with probably the most important feature of a game I have to say "WOW!" Normally I am completely turned off from playing a game like this as far as the "FPS/Light Gun" games go. But when I found it being exclusively for the Wii, I had to try it. The coolest thing I think they added to this game is the fact that it's Multi-player in the main mode of the game, the worst part about that is the fact that the 2 players are sharing a single health bar. The controller is set up to where the Wiimote does mostly everything, but it is kinda hard switching weapons with it while firing. But never fear, you can also switch weapons with the nunchuck, making things easier then a High School Prom Queen trying to get laid.

Graphics - A
I was worried about the looks of the game at first, being light gun based and all. My concern was the movements and fast paced action looking kinda choppy on the Wii. Thankfully none of that occurred. The enemies look great and you can almost see your partners skin in the zombies teeth as they come up to bite you. The game has added a "Cut scene" in game that shows your character doing a "counter kill" if you happen to get grabbed by a zombie and successfully counter it.

Learning Curve - B
The learning curve on this game is kinda weird, the controls take some getting used to. It isn't anything that takes a master but some work is needed. Especially when your fighting a boss and all of a sudden a control flashes on your screen and you have to react. It's not hard, just different. The only controls that are actually kinda difficult to get used to is the controls when you use the Wii Zapper.

Replay Value - A-
The game has immense replayability, which is one thing that I really enjoy about games. There is a ton of unlockables and hidden items in the game, all the levels can be replayed for better rankings and missed items. The fact there are multiple weapons in the game that can be upgraded a lot makes for a good time. Some of the unlockables are Umbrella Files that will unlock even more information about the company that started the outbreak.

Sound A-
The sound in the game is actually pretty good, I was surprised with that. There is a lot of enemies, characters, and everything going on and the sounds don't get muffled or anything. I was really expecting a lot after playing Resident Evil 4, and being superbly impressed with that. The sound definitely does the game justice.

Overall
I do have to say this Resident Evil game is an incredible addition to the RE lineup. It has everything that you would want from a Resident Evil game, with a few additions. The multi-player is phenomenal and replay value gets this game a huge bonus from me. Even with the unusual controls and some of the old locations, this game is one that needs to be picked up by any RE fan.
Review Page Hits: 0 today (467 total)
mediahook