Sailor Moon comes to the DS! Well, in Italy only. I played this game so you don't have to, and all I can say is thank goodness it didn't come out here. 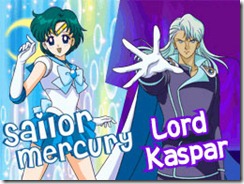 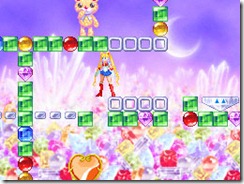 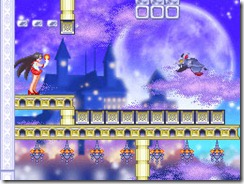 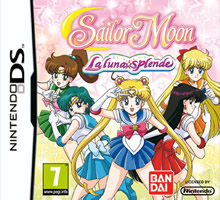 Original review was done in 2011. Now UPDATED with post-license-rescue reflections!

A while back, I reviewed the Nintendo DS title Monster Tale, which I found to be a very good game. Now, dear readers, you get to see what happens when I review a very bad game. I bet you all are saying to yourselves, "Oh dear, she's not going after Sailor Moon!" YES, SHE IS.

Sailor Moon: La Luna Splende for the Nintendo DS can be summed up as two things: an Italian-exclusive puzzle-platformer, and a colossal waste of time. It's repetitive, frustrating, and the high-pitched carnival music will likely have you hiding under your desk with flashbacks from Stephen King's IT and Tecmo's Secret of the Stars.

This game is targeted towards the presumed Italian viewing audience of the classic Sailor Moon anime series: pre-teen girls. I'm about 20 years removed from being a pre-teen girl, but since I love me some Sailor Moon, I figured I'd give this game a shot. A few hours later, I wanted to shoot it.

The Sailor Guardians are investigating why their friend, Osaka Naru (in Italian: Nina), has fallen ill and won't wake up. Upon finding out the minions of the Dark Kingdom have invaded her dreams, Sailor Moon and friends take it upon themselves to enter the dream world and save Naru from the creepy creatures invading her subconscious.

The Sailor Guardians travel through each part of Naru's nightmares collecting gems. Collect all the gems, and you are rewarded with a battle against platinum-blonde Dark Kingdom thug Kunzite (in Italian: Lord Kaspar). This is not as easy as it sounds, because obstacles block your path just about every step of the way, and some of those obstacles have to be cleared by certain Sailors. I hope you brushed up on your pseudo-science, because these obstacles are color-coded and denoted by the astrological symbol of the girl you need to clear the way (Moon is pink, Mars is red, etc.).

Enter Sailor Mercury's levels, for example. In one, she must move a group of blocks from one side of the screen to the other, busting bad guys and clearing dangerous obstacles along the way. The most dangerous obstacle in this stage, though, is FOUR FEET OF WATER. Why the heck is Sailor Mercury, a great swimmer in the series this game is based on, defeated by chest-high water?! If you misstep and her hair gets wet, she must start at the beginning of the level, and all puzzles must be re-solved. The only way to carry the collected gems and items over is to clear EVERY stage for EVERY Sailor, as needed. This is the point when I realized I should give MightySlacker a call and see if he could recommend a good place to get a leg wax, as it would be more enjoyable than playing another minute of this steaming pile.

Other, better Sailor Moon games exist. However, I can't really recommend those either. While a solid beat-em-up, Sailor Moon for the Mega Drive has tripled in price since the first whispers of the anime's revival in 2011. Just get Streets of Rage 2, have everyone take turns playing as Blaze, and keep your hundred bucks. Sailor Moon: Another Story on Super Famicom is a neat conversation piece for RPG collectors, but it's a tough sell when its more popular, less obtuse male counterpart, Chrono Trigger, is cheaper and already in English.

To make a long story short, if you're going to blow some cash on Sailor Moon, just buy the anime instead. Not only are you supporting a good cause (showing classic anime is still viable), you get a cool show with a long-overdue shiny new English dub. Even if you burn the popcorn you plan to eat while you watch it, it'll still be miles better than this piece of hot garbage Namco Bandai slapped onto a glorified SD card.
Review Page Hits: 3 today (783 total)
mediahook