Shadow of the Colossus (PlayStation 2)

Shadow of the Colossus is an epic tale that blends adventure, action, story, and art remarkably well. 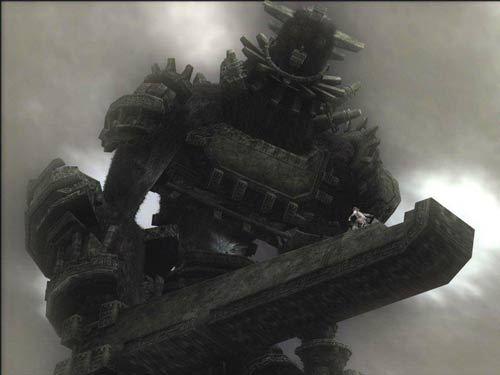 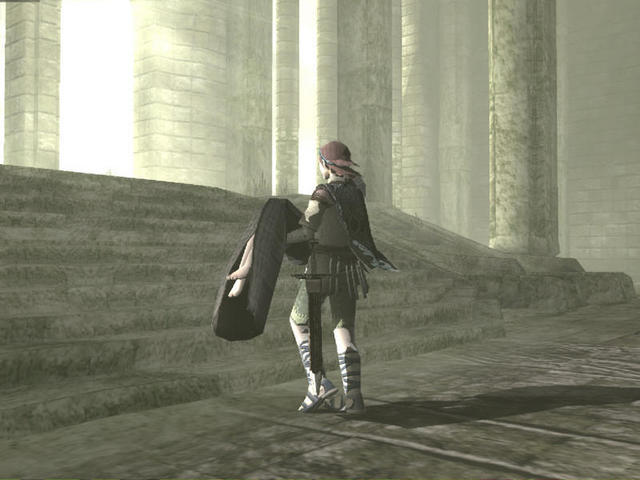 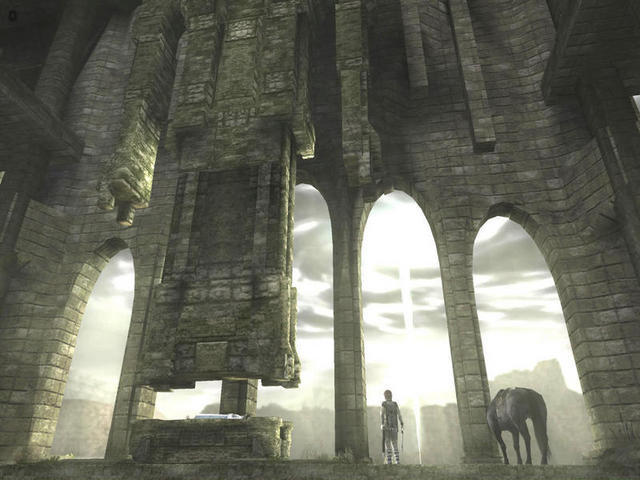 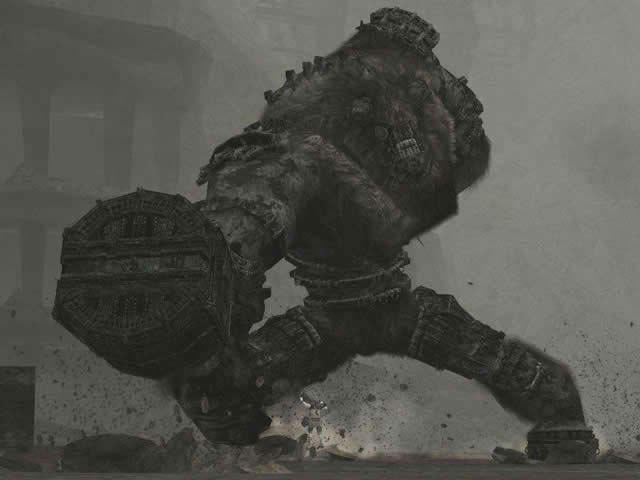 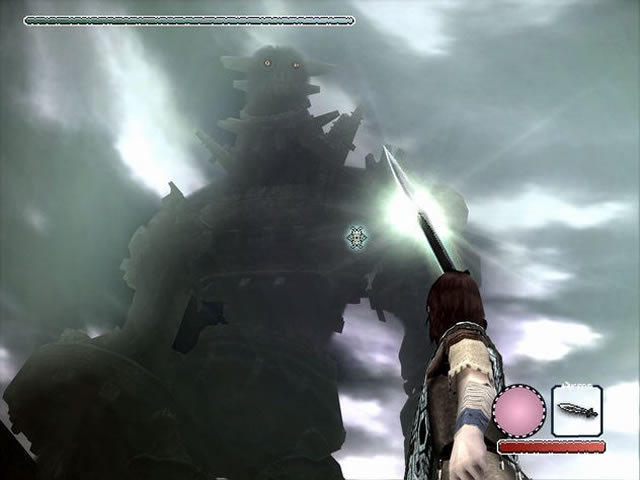 Shadow of the Colossus

"Some mountains are scaled. Others are slain."
The game begins with a scene of a young boy traveling on horseback. He has journeyed from a distant land with his lifeless lover slumped over behind him. He crosses over a long bridge, and his path ends at a tall stone structure. The being that inhabits the temple has offered him the opportunity to seek out and destroy sixteen colossal beasts in exchange for the recovery of his deceased love's soul and to bring her back to life.

One of the many cool things about Shadow of the Colossus is that the story is pretty straight forward, and rather than trying to create some sort of overly dramatic episode, right from the start, you are able to just get down to the business of tracking down these gigantic monsters and figuring out how to take them down. The young warrior is armed with an ancient sword, bow and arrow, and a horse name Agro. When he holds his sword up into the sunlight, the sun's rays are reflected off of the blade and, from this concentrated light, he is able to locate the direction of the next Colossus. This only works in sunlit areas, which must be strategically used, as much of the landscape is shaded. From this point, you must travel on Agro towards your destination. Occasionally, there are obstacles along the way that require a bit of strategy and thinking to overcome, but most of the time you will be able to find the correct course to your objective without any trouble. The game's map is ultimately useless.

Once you locate the beast, a short movie scene will play and reveal the magnitude and scale of what you will be up against. The intimidation factor definitely plays in their favor. Nearly all of the colossi are slow and generally, you will have some time to locate their weak points. It is essential to know where these weak spots are located on each colossus so that you can figure out how to gain access to the monster and to know where to attack once you are climbing around on him. To find out where each colossus's weak points are positioned, once again you will have to raise your sword in a sunlit area and when the light is concentrated over a weak area, the controller will vibrate and his weaknesses will be revealed. Sometimes you will need to use your bow and arrow to draw the attention of the colossus, and other times it will help damage him long enough so that you will have time to grab onto his fur and make your way up. The furry spots on the colossus's body hide their weak points, as well as give the boy something to hang onto. With your sword pulled out, you will need to maneuver the boy over the weak spots and strike them with the sword while trying to cling to the beast. He will try and shake you off and the more energy your character uses by gripping and moving, the less stamina he will have. Once his stamina meter runs out, the boy will no longer be able to hold onto the colossus, and he will fall back down to the Earth. There are several rest areas located differently on each beast for him to rest for a moment and regain some energy.

Once you have successfully stabbed all of the weak points on the body and the colossi's heath meter is drained, he will fall dead in a pile of ruins, dust, and debris. A black shadow will soon escape from the remains and pierce the boy's body, causing him to fall to his knees and black out. Even though the colossus has been defeated: there is no escape, only darkness. The boy is transported back to the temple in a dreamlike state and he awakes on the floor with instructions to proceed to the next opponent.

Graphics:
Visually, Shadow of the Colossus is one of the finest looking games released for the PlayStation 2. The characters look fantastic, and the animations are smooth and superb. Each colossus is well designed and terrifyingly beautiful. The landscapes are vast. Sometimes it's nice to take a break from traveling to the next enemy and just enjoy the view. The lighting is perfect. Best of all, there are no load times during gameplay! I can't really think of anything to complain about other than the occasional frame rate would slow-down during battles, but I didn't come across it too often. I would have really liked to see some concept artwork as an unlockable feature after completing the game.

Sound:
Another excellent quality that the game offers is a great array of natural sounds while exploring and an emotional orchestral score during battles. It perfectly stabilizes the peaceful nature of the landscape with the spirit and emotion of combat. Nothing flashy here, but a fantastic balance of mood.

Gameplay:
Overall, gameplay is generally pretty smooth. The learning curve is anywhere from thirty minutes to an hour. You will face a few obstacles on your way to the first battle, but small training scenario will help prepare you. After you face your first couple of the gigantic beasts, you should have the controls conquered. The camera can be a nuisance on occasion, and that's my only real complaint with the game.

Replay Value:
Unfortunately, is it possible to complete the game in 10 -- 15 hours. There is some moderate replay value in that you are offered a hard mode, time attack mode, and a hard time attack mode upon initially beating the game. You are awarded some pretty cool weapons for every two Colossi beaten in time attack to use in the normal game mode. Some other extras you can unlock are the option to change the color of Agro to white or brown, a secret garden, and a Reminiscence Mode.

Shadow of the Colossus is an absolute must have. If you don't feel like shelling out the measly $40 to purchase it, then at least rent it for a week. I bought the guide along the game, but it really isn't a necessity. If you have never played ICO (another excellent game developed by the team that made SotC) then you are missing out. Both of these games are amazing. We need to purchase and support these types of games to show publishers that there is a need and demand for more innovative ideas. Although Shadow of the Colossus might be lacking in the length and replay value department, the experience and overall design is unmatched.
Review Page Hits: 0 today (303 total)
mediahook