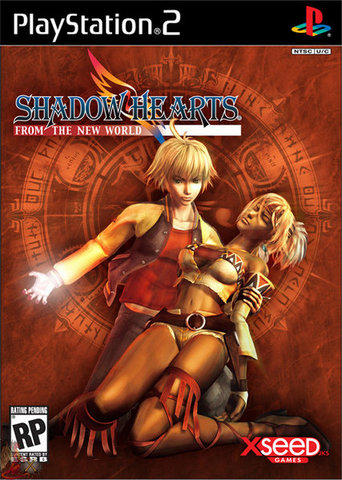 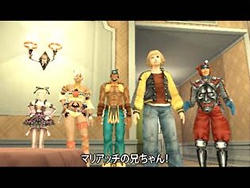 It is hard to believe that after three games, all for one system nonetheless, a game series is underrated -- obviously enough people are buying the games, thus making the release of this series a profitable release. But even so, I am constantly up against gamers unacquainted to the Shadow Hearts world. Which is a shame, because from promising albeit "ugly duckling" RPG beginnings (see Shadow Hearts, and to a lesser extent, Koudelka), the wonderful developers at Nautilus have been able to rear a beautiful flagship series that, starting with the first sequel, Shadow Hearts: Covenant, can stand proudly with any other RPG on the market.

But with a successful sequel comes higher expectations. Covenant was a colossally progressive step, a deep-cleansing facelift that addressed nearly all of my complaints (unattractive presentation, mediocre story-telling) about the first title, while still keeping in place its best features (the Judgment Ring battle system (think stopping a second hand on a clock face to attack, etc.), historical setting and off-kilter characters). Coming out of nowhere, Covenant was 2004's most pleasant surprise and easily took a place near the top of my all-time favorite RPG list. Could From the New World allow the series to one-up even itself, gracefully strutting into the upper echelon of gaming?

Not unlike main character Shania's outfit, there is just too much missing for you to constantly keep your attention centered on what is there.

Starting off in New York City in 1929 (roughly 11 years after Covenant's close in Europe), the story wasted no time putting together your motley crew and getting you out and about the Americas. You'll sight see in Chicago, a historically inaccurate Las Vegas, Mexico, and many more. All of the locales are rendered nicely, though graphically no more or less appealing than the above average Covenant, there is no town in From the New World (outside of New York -- though it's broken into multiple sections) that is more than a few screens big. These huge, bristling cities are reduced to mere blocks, constricting their presence and ability to draw the gamer in by their stature alone. With every single city feeling this tightly trimmed, this is no mere oversight -- this is a poor decision on the developers' part, for whatever reason. Non-linear folks will really feel the claustrophobic burn.

It's a shame that once you begin your travels outside of the U.S. you begin to realize that the corners cut on town maps were not the only ones cut. Though you spend time with Al Capone, your exploits really don't cross paths with any other peoples of historical significance. Nor do you explore too far into the U.S. Both of these are significant disappointments, and almost beg one to ask the question: why even bother to use real world locales in the first place?

To keep with the theme of disappointment, musically, much to my dismay, From the New World covers just about all your standard RPG fanfare. I was really hoping for some period or period-like pieces, though that isn't a need the series is known to indulge. It could have added even more depth to the towns if Chicago's streets were filled with jazz, or the Grand Canyon echoed with native songs. Alas, my wish goes unheard.

Now to buck the trend of nay-saying! One of the staples of the Shadow Hearts series is the Judgment Ring battle system and this series is no exception. Very little has changed since Covenant and that is completely acceptable. Even three games in, the Judgment Ring system remains one of the best RPG fighting systems to ever come around. Its ability to keep you from not dozing off during battles greatly increases the playability.

Combos also make the transition from Covenant, but instead of having to run next to a character to "link up" with them, you must first build up the new Strike meter. This Strike system, shared by both the enemies and you, allows for not only the aforementioned combos but also for a single character to double their actions for one turn. This system alone allows for almost every battle to end fatally out of your favor. Magic is now handled much like skills were in Final Fantasy X-2, using interchangeable charts. Here, your upgradeable charts have nodes that you fill with magic. This is the best system that the Shadow Hearts series has put together so far, very user-friendly yet can be tailored to a player's whims and preferences.

Character-specific skills, along with many of the game's best items, are almost exclusively picked up and/or learned through the extensive list of side quests (at least 10 hours worth), which unlike many other games which reserve the majority for the end of the game, can be pursued during the actual game. Filming movies at Purramount Studios (with a giant cat George Lucas) or hunting rare animals such as Bigfoot or tracking down a cat thief were all a blast to pursue and are only a small taste of what's out there. All these side quests add a much needed sense of non-linearity to what would be an otherwise linear game.

Now for the best part of the game, the characters and the storyline. The characters, both playable and otherwise, are really what draw you into the game, especially initially. Despite dipping a bit too much into the race cliché bucket (Natan and Ricardo are prime examples of this), the main characters have all been granted depth and detail that sets them apart from other RPGs. It's not everyday your party consists of a man named Frank the Ninja who draws from MacGyver when it comes to swords; or his master, a giant cat/mob bodyguard/movie actor named Mao (or as Johnny likes to says it, Master Meow). Though Johnny could probably easily be swapped out with any other effeminate male lead, unfortunately, the other characters look and feel specific to this game (or at least Americana). Character models are just as unique, sporting above average graphical detail wrapped in original garb (thank you for different art for each weapon!). The voice-acting is mostly acceptable, a bit awkward at times but never offensive (though the choice for Mao's voice actor brings up a question that left me quite confused). Without giving too much else away, just remember: quirky is the keyword here.

The storyline follows the same quirky route. 16-year-old rookie detective Johnny Garland starts up a detective agency after his father and sister die instead of running his late father's business. Through way of a case for scary midget Gilbert, Johnny meets up with Native Americans (of the tribe generic) Shania and Natan, two bounty hunters out to kill monsters in search of the woman who killed nearly all their of their tribe. But before you get accustomed to a rather dark beginning, Frank the Ninja is thrown your way with all his old white man ninja qualities. He says his master can help with information to find Gilbert so Johnny can report to on his case. This leads you to Al Capone-controlled Chicago, which is being watched over by the master of drunken fighting, movie acting and mob bodyguard, the aforementioned Mao. And that's just the first few hours!

One of the most endearing qualities of the first third to half of this game is its ability to keep the room light-hearted, even when dealing with heavy topics, not unlike a good comedian. Gabe, from Penny Arcade, laid it out best when he posted on PA.com: "Personally my favorite thing about the game is that it doesn't take itself too seriously. It's actually really refreshing to play a game that sort of recognizes how convoluted the RPG stories are and decides to make fun of the fact." It's hard to get too wrapped up into any one serious moment of this game when the only merchants in the game are the two homosexual bikers who run the on-wheels store, "Just Us Guys."

It's a shame those notorious cutting of corners did not spare even the storyline. The two antagonists, Killer and Lady, are dropped into our laps at the beginning of the game with little explanation as to who they are, where they came from and why we should care. As the story progresses, cut scenes try to let us in on their relationship and personalities, attempts to endear them to us, but that is near impossible when the same scenes are focused on progressing the storyline, not the characters within. Not only that, but during the same middle portion of the game, a portion normally reserved for adding further depth to existing party members, very little attention is paid to proper personality growth. And even when it is paid, it's done in a bumbling, amateurish way, quite unlike the beginning. This retards to near-irreconcilable terms the development of the relationship between the player and all the main characters. The game tries to address this towards the end of the game, with one excellently executed plot curveball, but by then the damage has already been done, the emotional pull minimized.

I wish I could make some sort of excuse for these negative marks, but Nautilus has no one to blame but themselves for trotting out what feels like an unfinished game, story-wise. At the end of the day though, I find it hard not to gush about the goofy characters and fun battle system. From the New World is not the step forward that Covenant was, but it's not more than two steps back.
Review Page Hits: 0 today (392 total)
mediahook