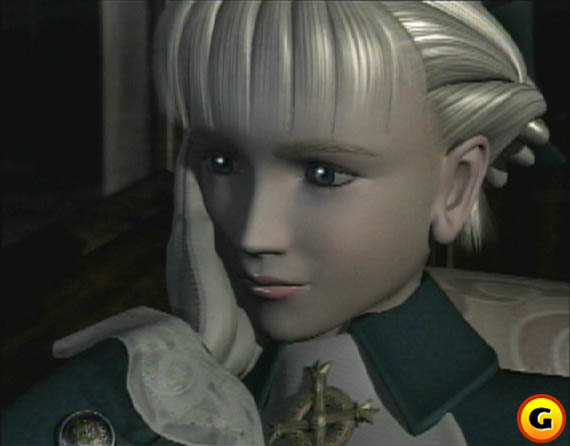 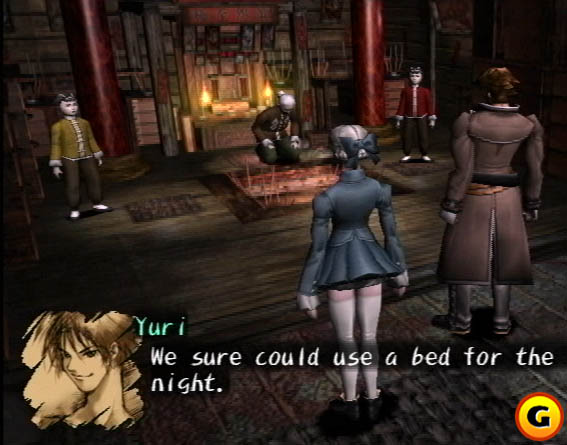 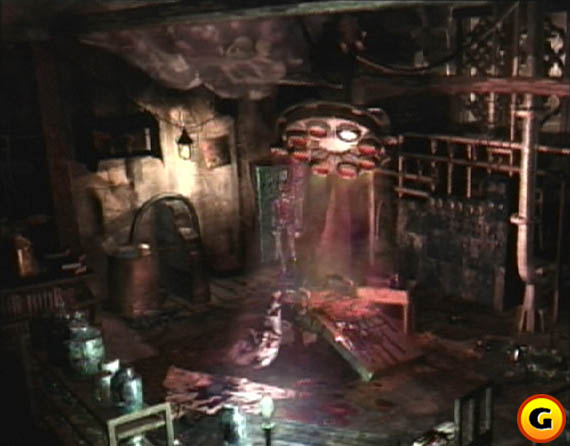 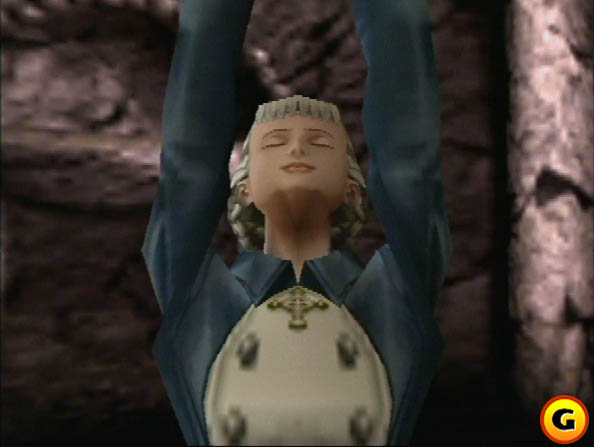 I originally wanted this game because of its connection with Koudelka, a PS1 horror type RPG. Although the main character from that game (Koudelka) has a small part here, Roger Bacon and the monastery from that other game are in this one as well; giving any fans of the Koudelka game a where they are now sort of thing. The game is just as short as Koudelka for an RPG but has enough good story and gameplay in it to make it enjoyable.

With extras and two different endings the game also has lots of replayability. And the series is definitely unique taking place on Earth's past in an alternate reality, rather than an unknown fantasy world; this gives it a small sense of familiarity.

Shadow Hearts has an easy to understand battle system and inventory screens which allow you to enjoy the game you're playing rather then trying to figure out how to.

As far as other RPG's go, there are none I would compare it to at the moment. Most RPG's are typical all the way back from Dragonstomper, to Crono Trigger, to you name it. Gain experience, level up, then save the day and get the girl. So it all boils down to story, atmosphere and gameplay; as far as I am concerned this game has done that well. Shadow Hearts does lack in the game movies department but it makes up for it in other areas which I think will be enjoyed by most players and with the game connection to a classic like Koudelka it is sure to be a hit with fans.

You start the game with your main character Yuri, after hearing a voice in his head telling him to rescue some girl. He finds her on a train and saves her from Roger Beacon (or is he?). Those of you who have played Koudelka will know if it's him or not as he's kind of hard not to notice. And this starts your questing through China and Europe.

All points considered this game gets a A- from me
With this said let me get to my ratings:

Gameplay
This game has some decent gameplay, with easy enough to understand puzzles, good story and atmosphere. A-

Graphics
The graphics are decent, but remember this is a PS2 game and quality of this caliber I have seen on the PS1. I am not saying they're bad, in fact they're quite good, but for a PS2 game there is room for improvement so this gets a B+.

Learning curve
This game is fairly simple to learn the controls and gameplay. However, it may be too easy, or maybe it's just me. B

Replay value
Definitely an A of some kind here because of the enjoyable gameplay and optional story as well as two endings you could definitely play it again. A-

Sound
This area of the game at first did not warrant a high mark from me but while playing the game with my speakers I noticed it more. It was blended into the game well and seemed to work great on the 5.1 surround. A