I really expected more from this game... 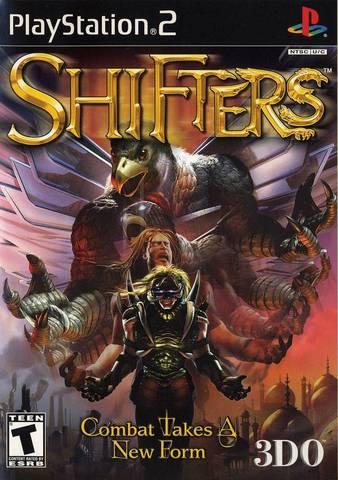 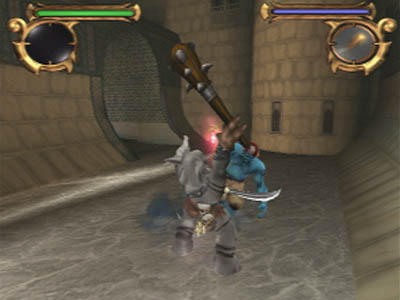 Where do I begin?
This game was made by 3DO; famous for the Army Men series (infamous is a better word) and well known for the Might and Magic series. I beat out Crusaders of Might and Magic for PSX and I played Warriors of Might and Magic a little for PSX, but Shifters... that's something different. I have to say that I enjoyed it. Warriors of Might and Magic: not as good as Crusaders in my opinion, but it wasn't bad. Shifters would have been an excellent game if it had been for Playstation instead; this game puts the processing power of the PS2 to shame. The gaming experience that Shifters presents leaves the player desiring something more. I know that at least in my case, Shifters felt shallow, and unfinished.

Graphics - 6.5
Decent or mediocre. The graphics are merely ok for being on the PS2. The main character's model is fairly detailed and so are most enemies, but the townspeople could have been done much better. Lighting effects in this game are very nicely done, with very realistic shadow; however, the camera can be quite hideous at times. More often than not, the player has to manually control the camera to get a usable view and in small rooms, you might as well close your eyes and press the button to pick items up. Overall, the graphics are fairly good, the FMVs are nicely done, and the camera does not make the game unplayable.

Story - 2.5
Because I never read the story in the instructions (I feel that a game these days should be able to present the story on its own), I'm not really too sure what the story is. As I understand it, the guy from Warriors of Might and Magic (I think his name is Alleron) becomes involved somehow in defending the kingdom of Bylandria. With his newly acquired shapeshifting ability, the king of Bylandria sends Alleron to some desert town (Muq'Abar?) and Alleron becomes everyone's *expletive deleted*, performing endless tasks for numerous people, eventually leading to the defeat of the ultimate villain. Not much for a story, that's all I have to say.

Sound - 7
Overall, not bad. Shifters has a few catchy tunes in stock, but they do get old after awhile. The most annoying part is the change between normal music and battle music because there is an annoying pause in between. Most of the sound effects, however, are not good. When Alleron hits something, there is a bizarre ''ploonk'' sound and the fire sounds like static. The voice acting in the FMVs is good, thankfully, and this helps save the sound experience.

Gameplay - 4.5
Although this is not the lowest score in the review, this was the most disappointing part of the game to me. The back of the box describes the game by claiming that your character is fully customizable and there are so many replay options. It's wrong. The gameplay is almost halfway decent, consisting of running, pressing the attack button, running again, pressing the attack button again, level up!, put a whole two points into your stats (of which their are only three to change), running, and waiting a horrendously long time for the next area to load. The only part of Shifters that keeps me playing is waiting to see what the next form looks like. The combat system could use some work, most quests are not necessary and uninvolving, and you really only have to fight key enemies (of which there aren't many). I reiterate, this is what disappointed me most.

Replay Value - What Replay Value?
This section will be short; there is none. The only reason that there may be to replay this game would be to try the other forms you passed up, but that's not necessary since each form is the same as an enemy in the game.

Additional Comments
Shifters could have been much better than it is. Like I said, Shifters has a rushed feeling with it. When will game developers learn? It's better to wait and perfect a game, than to get it out as soon as possible.