The best portable RPG on the PSP and maybe any handheld device... 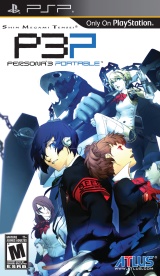 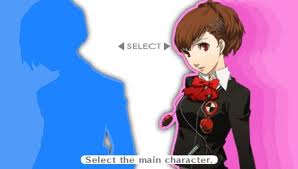 One thing that has become quite the fixture in my decision making for games is game length and lasting appeal. I enjoy a good story as much as anyone else, but, I also enjoy getting my HARD earned monies worth! After not being too impressed by the first PSP persona I gave this one a go round because of the reviews that P3 FES had garnered. I figured this game couldn't be too much different than that title. Boy was I wrong... It is better.

P3P has the same gameplay that its console cousins offer, minus 3D interactions. P3P also offers a female character which is quite different from the male storyline and easily adds another 80 or so hours to a game that already should net 100 or more! P3P has a GREAT story, EXTREMELY believable NPC's and side quests that add a bunch of meat to the story. I have actually found myself tilting my head at the interactions of some of my classmates when they struggle not only to deal with school relations, but how they are going to stay alive from day to day.

As the story goes... You are a transfer student at a new school that shows up during an hour where monsters have crossed over into the real world. Your peers, (those whom you fight the good fight with) notice you are special immediately as you have not turned into a coffin as all other normal people have. A few interactions later you are introduced to your peers and thrust into the life of a persona user.

Graphically, P3P is an astounding game. The game really takes the PSP to new levels in terms of what a game CAN look like. Despite not being rendered in 3D like its console counterparts, P3P manages to deliver a pretty sharp look and unique feel with the portable product. Colors are sharp, characters are beautiful and scenery is believable and creative.

Another area P3P shines is its use of what I feel is mood music. It seems most Atlus games have fantastic soundtracks and P3P is no different. The only beef I would have is that the soundtrack is rather repetitive as it seems one song is played in several different locations; but played in different BPM's and tones. Otherwise...Bravo!

P3P shines in the gameplay department and seems to have followed in the footsteps of P4 in terms of gameplay. P3P offers players much more control over their party and actions. Menus are not cluttered and easy to navigate. The game does have different challenge modes which cater to beginners and advanced players alike. Lots of replay value here as you are afforded the option of starting over as the opposite sex with all your gear and levels. Should one choose to go the more advanced route, a replay is available that does not carry over gear.

What I have found in P3P is a game that managed to grab me and still has not let go after 120 hours. This is the first game I have completed and immediately started again. Atlus' finest creation, (to me so far) has opened my eyes to the genius that the company employs. In all its simplicity Persona 3 is a complex and fantastic tale that shows what the power of friendship can help us accomplish.
Review Page Hits: 0 today (752 total)
mediahook