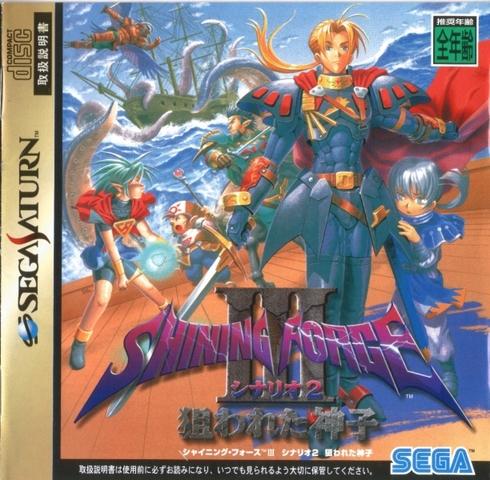 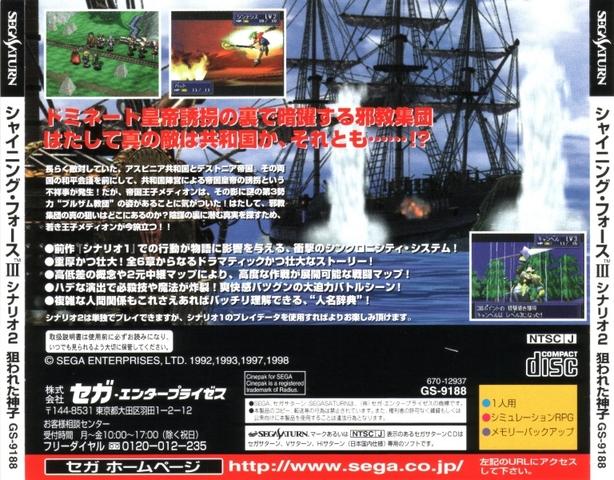 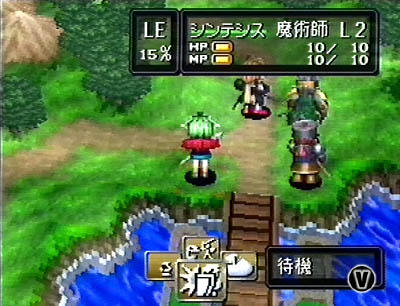 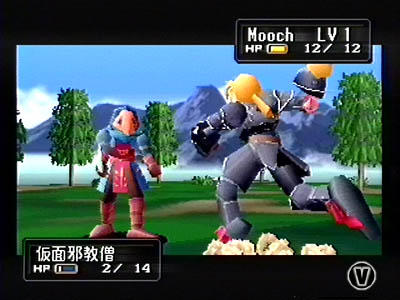 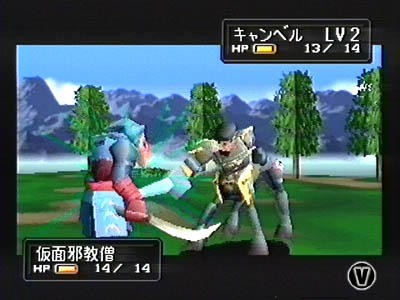 In Scenario 2, the designers corrected some of the problems with Scenario 1. Scenario 1 suffered from tactically closed maps that were more about brute force than finesse. The maps didn't take advantage of three-dimensional features, such as elevation. Scenario 1 also had a slow rate of advancement that forced the player to repeatedly grind the same map in order to gain enough experience to proceed.

Other weaknesses of Scenario 1 included extensive tombs that distracted from the main battle, as well as poor audio. Sadly, Scenario 2's audio is still the same, but the tombs were greatly reduced in significance, so they are much less of a distraction.

Prior to addressing the maps of Scenario 2, we should discuss how the scenarios are interleaved. Scenario 1 told the story of a young lord named Synbios who was forced to defend his Republic from a much stronger Empire. The current war was not wanted by the Republic, but rather provoked by a malignant third party. As Synbios scrambles to save his country, he is periodically assisted by Medion, a scrupulous prince of the Empire who recognizes that the war has little rationale other than imperialism. Scenario 1 tells a tragic story of unnecessary war, and at times, it's touching.

Scenario 2 views some of the same events from the perspective of Prince Medion. Medion is conflicted between his quest to foil the schemes of the third party and his loyalty to his imperial family. Hence, Medion behaves like a pragmatist that merely fights the enemy of the moment, without committing to any side. The resulting story fails to evoke any emotion for Medion, and is generally dull. However, the story sets the scene for a showdown with the malignant third party in Scenario 3.

Despite Scenario 2's lackluster story, it's more of a tactical RPG than Scenario 1. Nearly all of the maps in Scenario 2 are either wide open or offer several routes of approach. The open design allows more freedom to divide your Force into separate squads and exploit weaknesses in the enemy's formation.

Accompanying the open design are a few innovative maps that find new ways to challenge the player. Here are some examples.

There is a temple map that is surrounded by columns that shoot sparks in a series of patterns. The challenge is to keep your Force in areas that aren't set to be sparked this turn. If one of your members strays, he is sparked for damage. It's difficult to focus on attacking various enemies while staying within the correct tiles for the turn.

In another map, a large octopus monster flings various tentacles at you from all sides. This requires a combination of defense and offense.

There's also a ship battle that requires an exchange of cannon volleys.

Finally, there is a cave in which portions of the ground rise and fall each turn, denying you access to routes, based on elevation. Elevation plays more of a role in Scenario 2, which takes advantage of the three-dimensional perspective.

Complimenting the fine maps is a smooth rate of character advancement that lets you pay less attention to grinding levels. Your characters perform nicely, although it would be nice to see some more unique characters rather than the standard assortment. Scenario 3 features some odder individuals.

Scenario 2 is a fine step forward as the tactician's scenario of Shining Force III.