Sid Meyer's Civilization Revolution is an extremely addicting strategy based game. The idea is to build a civilization from a lonely little village to a world conquering power house. You will love this game! 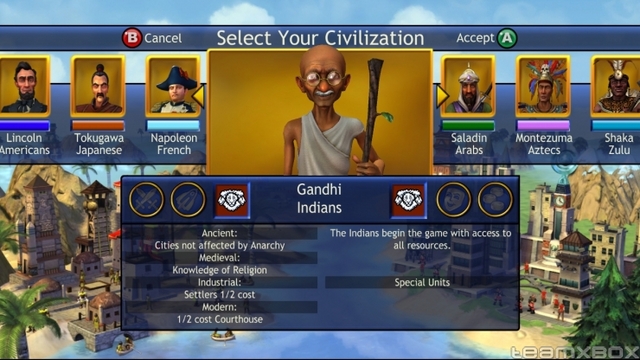 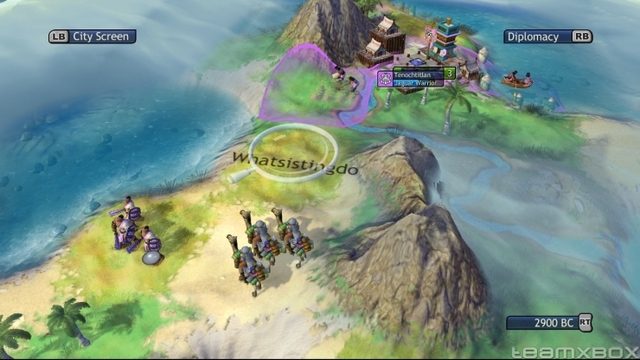 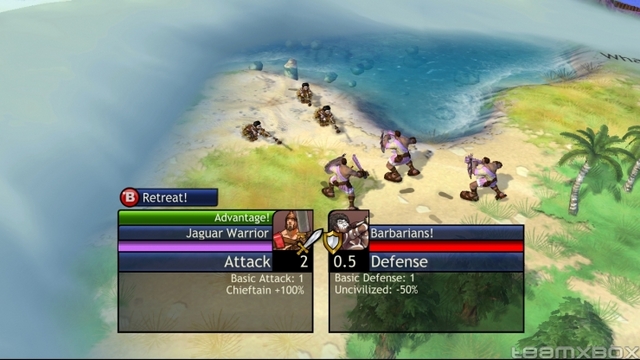 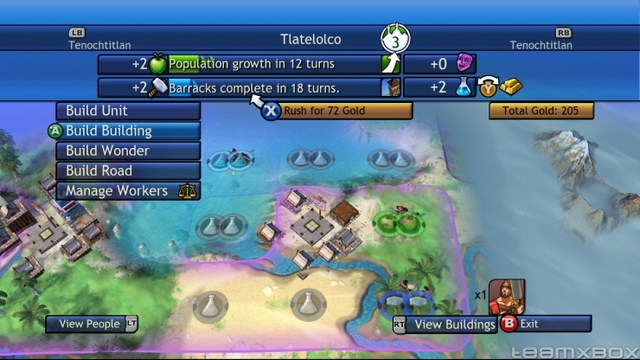 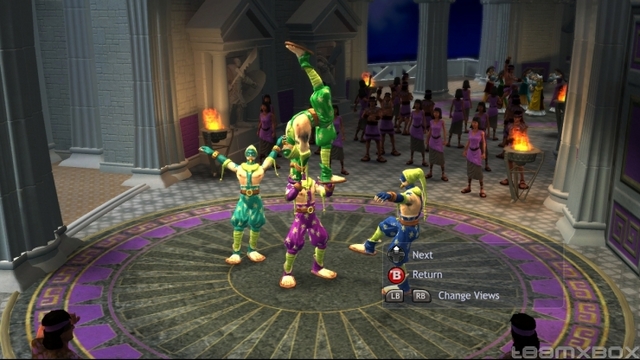 In Sid Meyer's Civilization Revolution, the world is a vast and wild place, filled with Barbarians, peaceful villages, crafty enemy civilizations, and wondrous artifacts with amazing powers. You start by choosing one of the 18 available countries to play as. You then create your first city and begin your quest for global domination. You will soon choose your first technology to study and decide where to send your armies. Depending on the actions you take you will progress towards one of four possible ways to claim a victory. Your armies and cities will grow and thrive as you build new buildings and wonders and wage war on other civilizations on your way to world domination.

The game also progresses through four eras in history - each with its own perks and benefits for each civilization to use. Some civilizations like the Americans or Germans will be military power houses, and others like the Greeks or Egyptians will focus their strengths on culture. Some like the Spanish or Romans focus on money, and others like the Chinese or Japanese use their advantages in technology to win. Completing wonders and acquiring great people will boost your civilization's progression. Be careful as to what you choose to study, because if you choose wrong you'll regret it down the road. You also send out troops and spies to explore the lands for artifacts or steal gold or great people and sabotage production in your enemies cities.

The different rulers to choose from and perks of each civilization make this game very addicting. The downloadable maps add to the already huge list of playable arenas. Online multiplayer is also very addicting. You play again as up to four other human players and one AI player. It is very fun to form alliances and take out each other strategically with help from your partner if you choose to take one. You also can bribe other civilizations into going to war for you against an enemy country by paying them money. You can buy technology from other civilizations for a hefty fee, and they may call upon you to trade off technology too. Some wonders like the Great Wall will ensure that you have allies instead of enemies, and others like the Great Pyramids will give your cities culture. Make sure to use the Civilopedia to get the proper info on what you are trying to build to see if its got the benefits you need most.

The control system is very easy to learn. The buttons are basically A for yes and B for no. Triggers are the zoom camera controls and Y brings up the "Civlopedia." The controls are very user friendly and almost perfectly done. The gameplay is very easy to learn and adapt to. It features five different difficulty settings ranging from Chieftan for the beginner to Deity for the extreme challenge. Graphically, its almost cartoony, but still good as far as detail goes. It has a very colorful environment filled with rivers, woods, mountains, grasslands, and even deserts. The sound isn't the best, though. The battles have gunshot or sword noise, but when your advisers come to tell you info they mumble nonsense and you have to read it. Sometimes when playing and you're initiating a battle with another city or army the game will have some lagging as it tries to catch up with your commands. This doesn't happen often, but unfortunately, it does happen.

I think this game has a very high replay factor, since there are 18 rulers to choose from and five different difficulty settings for each with four different ways to win for each. Endless ways to play and tons of different maps to play so you always see a different adventure every time you play. If you have ever played any of the previous Civilization games released then you will surely love this one. I give it a final rating of 9.5.
Review Page Hits: 1 today (223 total)
mediahook