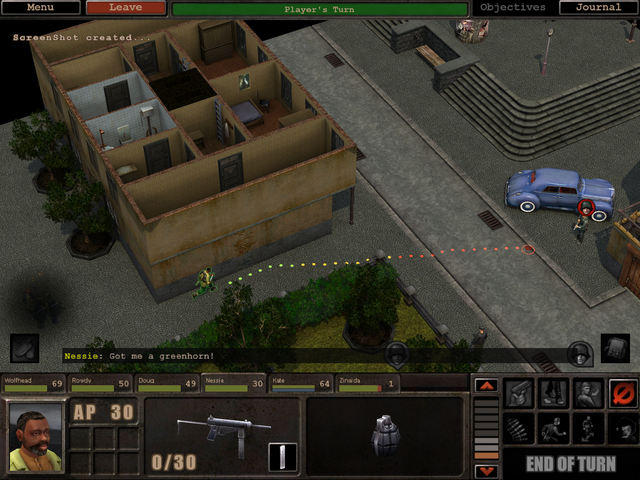 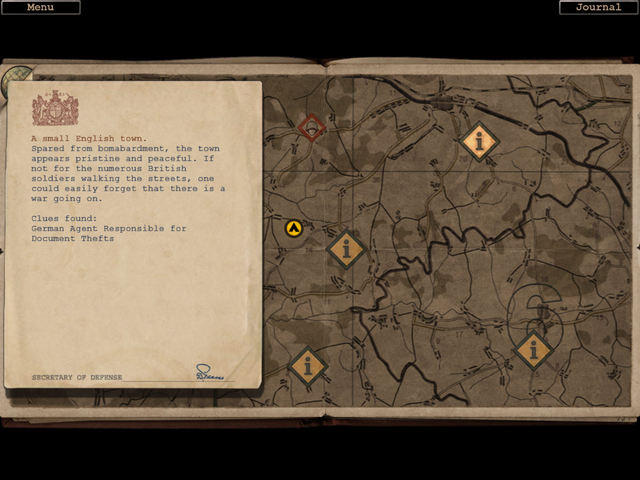 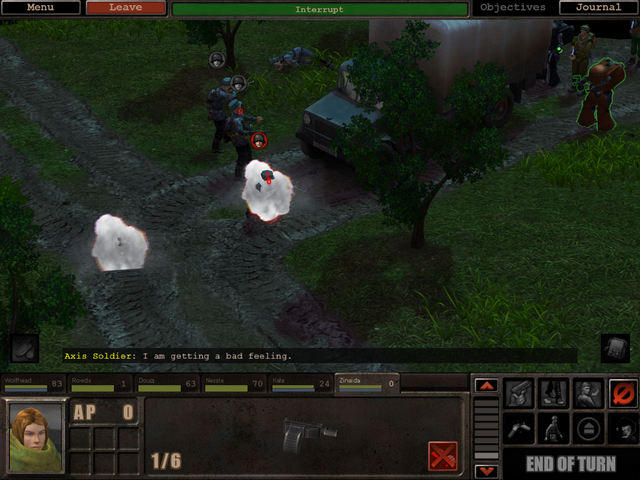 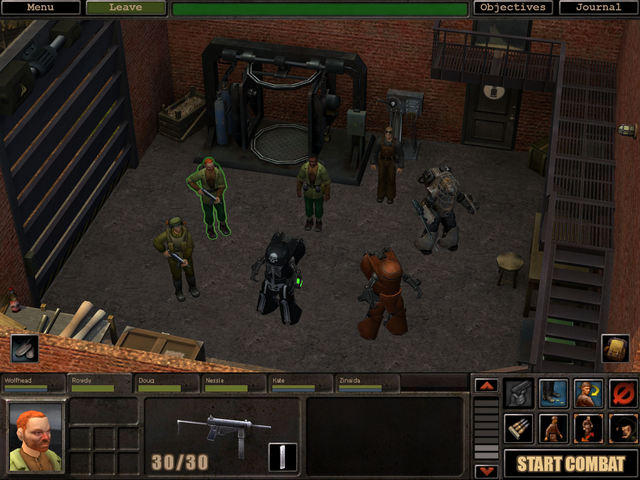 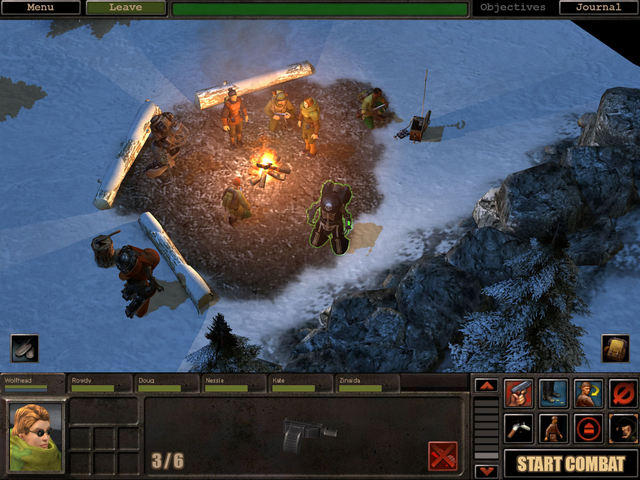 
GAMEPLAY
General
Silent Storm is a turn based RPG where you control a party of up to six characters. You create your customized character when you begin a game, and then pick up to five more off a roster of 30 or so available soldiers. A soldier's abilities such as movement range, chance of staying hidden, and shooting accuracy, are controlled by their stats. Therefore, each battle map can be played in a tremendous number of different ways depending on the abilities and style of the party you've assembled. Your party travels between locations on a 2D map of Europe and, depending on what clues you retrieve during a mission, new locations become available. Throughout the game, random battles will appear on the 'world map' and you can choose to join them for extra experience and items or avoid them.

Combat
Strategic combat is what this game is all about, and that is where Silent Storm excels. It's filled with aspects that keep battles feeling authentic and well rounded, yet it doesn't suffer from excessive micro-management like some strategy games. Units have a number of action points available each turn (based on their stats) and you spend them to fire weapons, run, reload, change stance and such. Among the excellent aspects of the battle system are completely destructible environments, the ability to shoot through walls with high powered weapons, the ability to booby-trap doors, line of sight restrictions, decreased hit odds from partial cover, the ability to hear enemies you can't see, a massive selection of weapons, and much more. The interface gives you important information before you commit to actions (odds of hitting etc) so it works well to take a strategic approach to battles, and you can rarely win by running in with guns blazing. One notable 'omission' to Silent Storm's nearly spotless design is that a weapon's rate of fire and base accuracy are not reflected in its info blurp, but those can easily be figured with a quick test.

Missions
Missions objectives vary quite a bit and there's a lot of room to complete them in your own way- stealth, direct attack or whatever combination you choose. In general, you'll be sneaking or fighting your way through areas to collect intelligence reports or capture key enemies. In addition to the main missions, there are a lot of optional encounters to build experience or collect powerful weapons. Missions take place in square or rectangular play areas which vary in size from small to medium sized multi-level maps. You explore in real-time until a battle begins, then gameplay switches to turn based.

COMPATABILITY and STABILITY
It runs great on my nVidia 9800GTXOC+, Win XP, dual-core PC. It doesn't support wide-screen resolutions but things don't look excessively 'squished' on wide-screen monitors. I had a couple crashes while moving in stealth mode during play, but applying the latest patch (v1.2) seems to have fixed the problem.

SUMMARY
I think that anyone who enjoys turn based strategy games will like Silent Storm. It excels in quite a few areas and doesn't have any serious flaws. Combat is well balanced, intuitive and encourages strategic play over charging in and killing anything that moves. Definitely a gem in the PC's turn-based strategy RPG genre.
Review Page Hits: 0 today (189 total)
mediahook