One of the greatest RPGs of all time 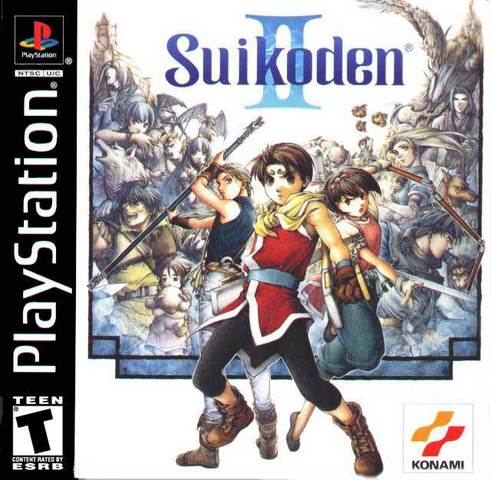 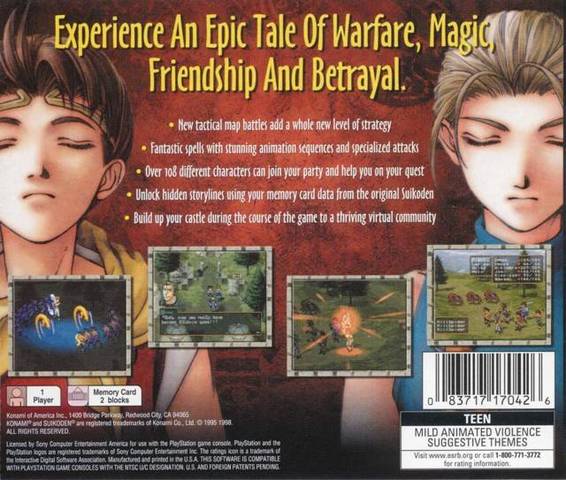 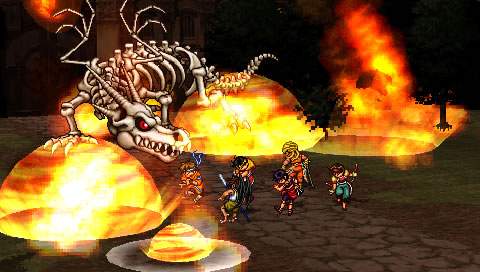 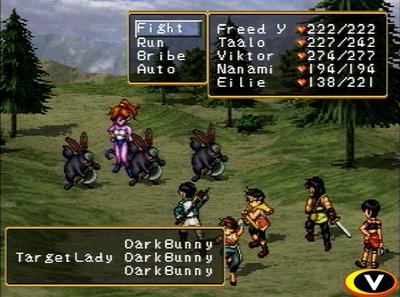 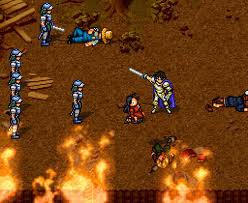 If anyone has talked to me enough on this site, they would know what a huge Suikoden fan I am. I cannot say how much I love the series, and I can't reiterate how much Suikoden II means to me as a game.

The story in Suikoden II (S2) is one of the most well developed, enthralling, emotionally wrenching at times, and overall epic stories I've seen in a game. The story follows two characters, Riou and Jowy and their slow, but fateful, involvement in a war between two countries. The way the two develop throughout the entire game is so exciting and sometimes, hard to watch.

Along the way, the two run into hundreds of characters. As a staple for the Suikoden series, you acquire a castle that is used as a headquarters for your army and slowly upgrades over time and as you recruit more allies. Throughout the story, you can recruit "Stars of Destiny', some being automatic recruits while others may require side-quests or tasks to be finished first. There are a total of 108 main characters and a couple extras you can recruit. These characters range from a private detective (who can tell you more about others you've recruited), to merchants, cooks, and even a vampire.

The cast of characters is what has always made the Suikoden series unique to other series and Suikoden II set the highest standards for the series. With one of the best villains to date, in Luca Blight, an evil crown-prince who wants to slaughter everyone who gets in his way, Suikoden II rivals, if not beats, FF7's Sephiroth. The fact that it takes 18 characters and then a one-on-one duel to beat him shows how strong he is.

The battle system is simple, yet great. It's turned based and each character can equip Runes to use a variety of magic. There are attacks called "Unite Attacks", where certain character pairings can unlock special attacks only those characters can do.

There are also full war battles, that play out like a strategy RPG, where you move from square to square in hopes of defeating an enemy or defending a base. Each unit is made up of all the characters you recruit, and some can actually die on the battlefield, preventing you from getting any special ending with all 108 stars.

There are also one-on-one duels that play out like rock-paper-scissors where you decide to either attack, super attack, or defend, based on what your enemy says. Sometimes this can be a lot trickier while others are much easier.

The games graphics are far superior to the series first installment, as the character models have been improved as well as their avatar artworks. With good ol' fashion 2D graphics, Suikoden II looks great for a PS1 game and throughout the game, emotion is surprisingly expressed well in all of those pixels. The few and not-so-often cutscenes are not all fully animated as much as a bunch of pictures and graphics strung together for movement. The cities and towns are well designed and very detailed. The couple of locations that you can return to from the first Suikoden also show major improvements in their color, design and detail.

The sound in the game is great. In my opinion, Suikoden II has one of the best soundtracks to date in an RPG and I personally have bought the CD collection. The pivotal moments in the story are made even more emotional with epic music. The main theme for the two main characters is a ridiculously sad piano theme that strikes a chord every time you hear it throughout. The sound effects are also great, for in battles and in mini-games and match the animations very well. Each town has its own recognizable theme that after playing it for as long as I have, you would know what town you were in just by the music alone.

This review really does not tell how much I love the series as much as watching me play it, or talking about it in conversation. To date, I have beaten the game nearly 15 times; each time I was able to play differently, using different characters than before. The replay value, I believe, is very high because of the size of the game, and how much there is to miss with just one play through. Without a guide, getting all 108 stars your first time would be pretty hard.

The rarity of this game will prevent a lot of you from playing it, as I've seen it as much as over $100 on ebay. I wish more people could play it, and I hoped it would have gotten a chance to shine if it hadn't been released right after Final Fantasy VIII.

The plus to the series is that there are 7 games to play to learn more about the Suikoden world as well as dozens of manga and such. Suikoden is fairly big in Japan, but Konami, sadly has no news on another installment.
Review Page Hits: 3 today (1,170 total)
mediahook