A few Stars short of a complete Destiny List. 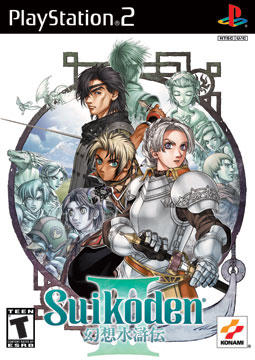 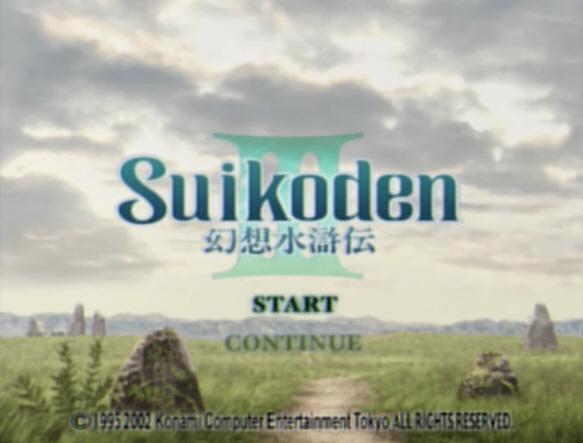 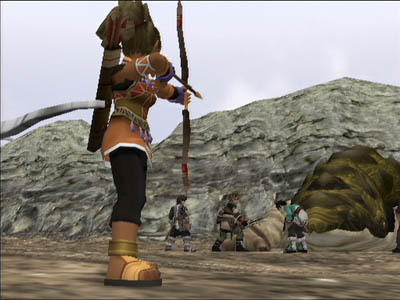 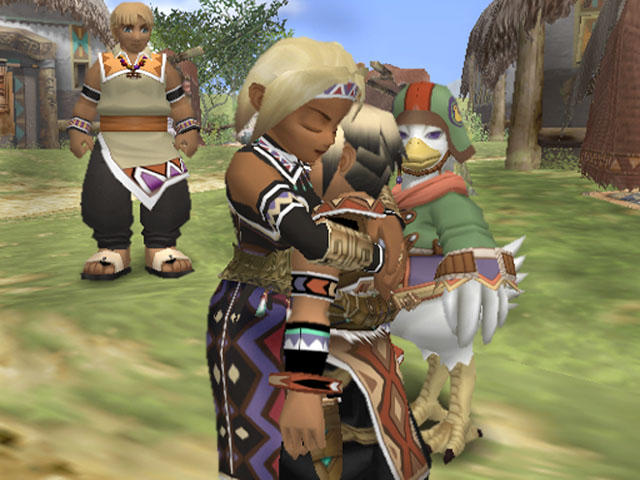 Suikoden I and II are two of my top favorite games for the original Playstation. I have played them numerous times and they are part of my permanent game collection. Therefore, I had high hopes for the third part of this series on the PS2. Unfortunately, I was very disappointed with Suikoden III. In fact, before I start an in depth review of this game, let me say this: If you are not a fan of the previous Suikoden games or an avid RPG gamer, I would avoid this game altogether.

Gamplay: 8/10
Suikoden III has a lot to offer. The main focus of the game centers on a "Trinity Sight System", in which players can experience events from the viewpoints of three lead characters and three additional characters that can be unlocked later in Gameplay. The game has three styles of combat: party battles (normal RPG turn-based fighting), one-on-one duels (basically, Rock-Paper-Scissors except with Deathblow-Attack-Defend as your options), and strategic group combat (similar to playing the Board-game Risk). Similar to other RPG's, you can increase your odds of winning these battles by collecting items, weapons, runes, and by increasing your character's stats, levels, skills, and weapon levels. Additionally, the game has a castle building mode, mini-games (Horseback riding and various forms of gambling), theater performances, treasure bosses (re-spawning monsters that guard all of the few treasure chests in the game), collecting missions (finding books, recipes, bath items, etc), and the 108 Stars of Destiny (collecting 108 different party members). Overall, expect a minimum of forty hours of Gameplay just to complete the storyline. Add more time if you plan on fully experiencing all of the Gameplay that Suikoden III has to offer. My first play-through totaled about 80 hours.

The Gameplay really saved this title. Overall, the game probably deserved a lower score, but the Gameplay is addicting. The reason that Suikoden III did not receive a perfect score for Gameplay is that most of the party and strategy battles do not mean anything. I spent a good deal of time leveling up characters and fighting treasure bosses to find out that it does not affect the story's outcome. Most of the major battles can not be won. Even if you wipe the floor with the boss (kill him on the first turn and not loose any health) you still get the same result if he kills you on the first turn. In some cases, if you achieve a "Complete Victory" by not loosing any party members, the boss will leave an item on the Battlefield. All of the items obtained in this method can usually be purchased from shop or obtained easily from a treasure chest, so there seemed to be very little incentive for having a strong party.

Learning Curve: 6.5/10
The game does not have a tutorial mode. Normally, games that do not have tutorial mode are pretty self explanatory. However, Suikoden III has a lot going on to master in a short period of time. Learning how to and which characters can attach certain armors, items, and runes can be frustrating. Managing a castle filled with 108 characters can be overwhelming. The difficulty of the learning curve is further compounded by the extremely small font used by the game. The descriptions, stats, and values of most of the items in the game are difficult to read. I do not have a large television, but I do not think you should not be required to sit three feet from a 15"X19" screen to find out how much money your Main Character has accumulated from a fight. Basically, before learning anything new, you will want to save the game and save often (fortunately, the number of saves is only limited by the size of your memory card). Therefore, if things do not turn out to your satisfaction, you can reset and learn from your mistakes.

Music/Sound: 6/10
The music and sound-effects are nothing special. Despite the sound quality available on the PS2, the game's soundtrack and sound-effects are very outdated. The sound quality of the game is very similar to RPG games seen on classic gaming systems like the SNES. To add insult, the game does not have voice acting. You have to read subtitles for all of the dialogue and there are a lot of subtitles to read.

Graphics: 6.5/10
The Starting Screen for the game shows numerous, beautifully drawn 2-D animations. However, none of them are seen in the actual game. Instead, the game relies on 3-D graphics for all of the Gameplay, action sequences, and cutscenes. My main complaint with the 3-D graphics is that all of the characters faces are expressionless, flat, and appear to be pasted onto their oddly proportioned bodies. Some of the backgrounds and battle scenes are nicely rendered. However, you are unable to fully enjoy them, because the camera-angels are locked and can not be adjusted. Even worse, most of the camera-angles are from a third person perspective in front of the protagonist. This means, you are unable to see where the character is heading for the majority of the game.

Storyline/Plot: 6.5/10
Dull, emotionless, and repetitive. Being able to view events from five different characters sounds interesting and entertaining. The NES provided gamers with an amazing story/plot when they had four different characters (with seemingly, completely different stories) converge in Dragon Warrior IV. However, Suikoden III shows the exact same events with the same, emotionless dialogue from five different perspectives. Besides seeing it from another character's camera-angle, nothing changes. This means that you have to level-up (to about level 42) a minimum of three characters (starting from scratch) and sit through their three chapters (nine total) of identical plot development to advance the story to Chapter Four. This quickly makes the story feel redundant and tedious. Once you have reached Chapter Four and Five (the last chapter), the plot does not really improve. The dialogue is so flat and emotionless that you develop very little attachment to the characters. Additionally, the very few and limited cutscenes and action sequences do not advance the plot at all, because they are heavily burdened with the horrible aforementioned conversation.

Replay Value: 6.5/10
Once you have reached Chapter Four, you select one of the three Leads to be the Main Character (this character can not be removed from the party's roster) for the last two Chapters. Theoretically, you could use one of your save spots to save this point of the game. This save spot would allow you to see Chapters Four and Five from three different perspectives. Yes, this would allow you to see a few different dialogue scenes, but the majority of things remain the same (especially when you get to Chapter Five). Since there is not a way to skip or fast-forward through the game's dialogue, if you want to see these few additional scenes, you would have to sit through about ten hours of repeated, identical scenes. Personally, one play-through was enough for me.
Review Page Hits: 5 today (313 total)
mediahook