A great game, but slightly overrated. 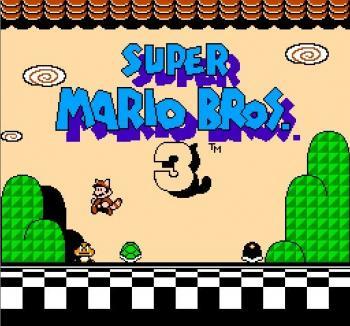 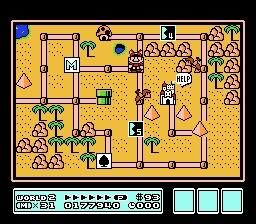 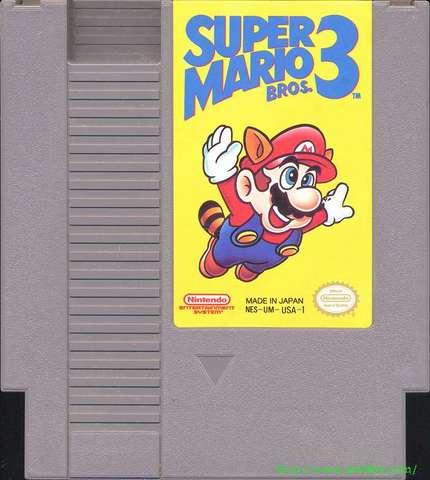 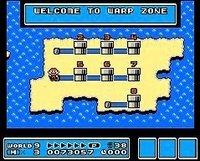 The final big title released for the NES, Super Mario Bros. 3 first got exposure in the film The Wizard, an awful movie (although I thought it was good back then). After a departure from the usual in SMB2, this one brings Mario back to his platforming roots with many of the same enemies from the original Super Mario Bros. Additions to this game include improved graphics, navigational map, several power granting suits that Mario (or Luigi) can wear by picking up certain items, more hidden warp zones, and the ability to collect various power ups for later use. Another addition to this game is that in the two player mode, if you want to either steal the other players' card(s) or make that person do the next level instead of you, you can challenge them to a game of the original Mario Bros. and the loser has to do the level.

Although many consider this their favorite Mario game, I am among the dissenters. All of the things that I like about the second of the Super Mario Bros. games is what is absent from this game. Despite the new bells and whistles, I can't help but feeling a sense of deja vu when playing this game. By bringing Mario "back to his roots," I feel that it is too much like the original SMB.

The lack of a save function on this version of the game can test even the hardest of hard core gamers because it can take forever to beat if you don't use a warp zone.

This is not a bad game, it is a very good game. But I always felt it lacked the freshness of the previous 2 titles. So I've been wondering for 17 years what all the fuss was about.
Review Page Hits: 0 today (118 total)
mediahook