Better then the first! 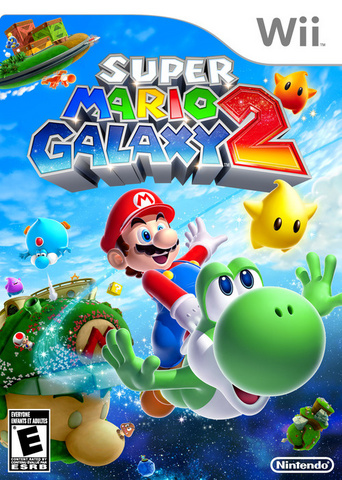 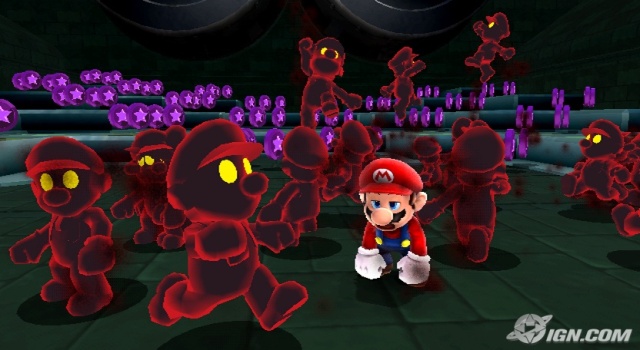 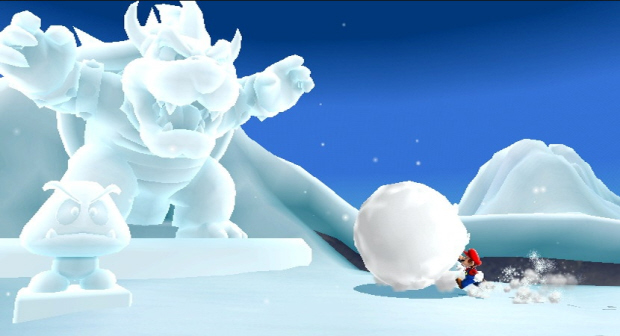 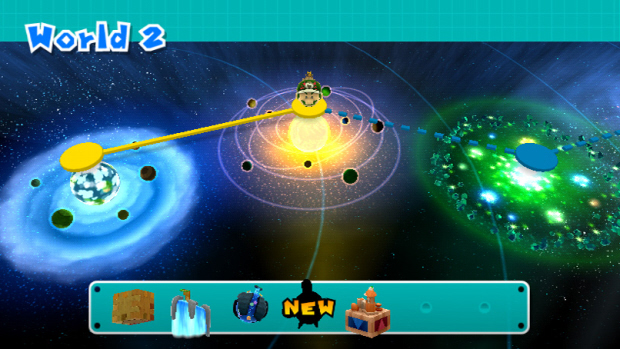 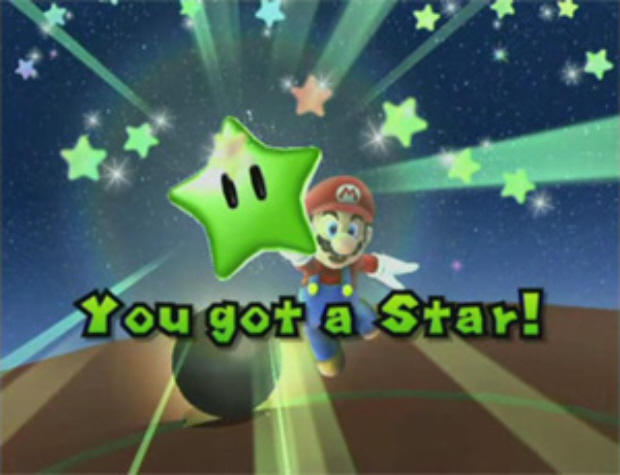 Story Line
Princess Peach invites our favorite plumber to the Star Festival, a time when star bits rain down from the skies over the Mushroom Kingdom. On his way he finds a Luma who jumps in his hat giving him the ability to spin. Once Mario reaches the Mushroom Kingdom he notices a gigantic sized Bowser carrying away Princess Peach. Mario follows him along and takes control of a ship formerly owned by Lubba. Mario, Lubba, and all the other characters that join Starship Mario set off following Bowser, world by world, to save the Princess. Something many fans were hoping for was a short storyline. Nintendo listened to their fans and gave them just that. Although the story in Super Mario Galaxy was somewhat interesting to watch and read, it's not the end of the world, or in this case galaxy, loosing it.

Gameplay
for the most part, The game plays exactly like the first one did. Use the nunchuck to move and the Wii remote for your actions. SMG2 is a platforming adventure game. You travel from planet to planet collecting star after star. Along your journey you'll come across some powerups.Making a return from the first game you can find the Bee mushroom (which turns you into a bee that can fly for a limited time.

Boo mushroom that turns you into a ghost who can fly and go through walls. Fireflower, which lets you throw flameballs for a limited amount of time. Super Star, which makes you invincible for a limited amount of time. And finally Spring Mushrooms, which turn you into a spring that can jump up to great distances. The new powerups include the cloud flower that lets you place a cloud platform anywhere in midair three times. The drill, that allows you to drill into the ground, often time leading to items, or other areas unreachable any other way. And the Rock Mushroom, which allows you you to turn into a boulder that can smash down platforms, destroy giant rocks, and run over enemies. In addition to new powerups another new feature, and possibly the most anticipated, is Yoshi! Using Yoshi you can eat enemies, pull platforms, and access areas, unreachable by Mario alone, using Yoshi's tongue, flutter jump, and other various items that give you temporary abilities Another new gameplay element is the new two player co-op mode. In co-op mode player one controls Mario, as usual, however player two controls a Luma who picks up items for player one, and also throws star bits. Not much fun for player two, but it is still very helpful to player one, as long as player two doesn't waste all the star bits. My personal favorite new gameplay style is the Side Scrolling platformers. Like previous Mario games, you play in a 2D environment jumping on enemies, smashing blocks, and getting to the other end of the level, or advancing to 3D environments. The way Nintendo was able to pull off 3D and 2D platforming working side by side in certain levels is fantastic and really enjoyable and unique.

Imagine New Super Mario Bros Wii combined with Super Mario Galaxy. That is what these parts of the game feel like to me

Sound Effects
The sound effects and music in this game are fantastic. There is tons of new music, returning music from the first Super Mario Galaxy, and remixes of classic Mario music. The remixes are fantastically done and sounds great. I believe all the music in the game is done by an orchestra. It really sounds good. The sound effects are very fitting to their roles in the game, making the game much more enjoyable to not only play, but listen too. The lack of dialog is a bummer, but not a big deal.


Overall
Well, overall Super Mario Galaxy 2 is a great game filled with so much content that you'll be playing for hours and hours.I've currently beaten most of the game and it is highly likely you'll want to play again shortly after beating it.