The greatest Mario adventure yet. 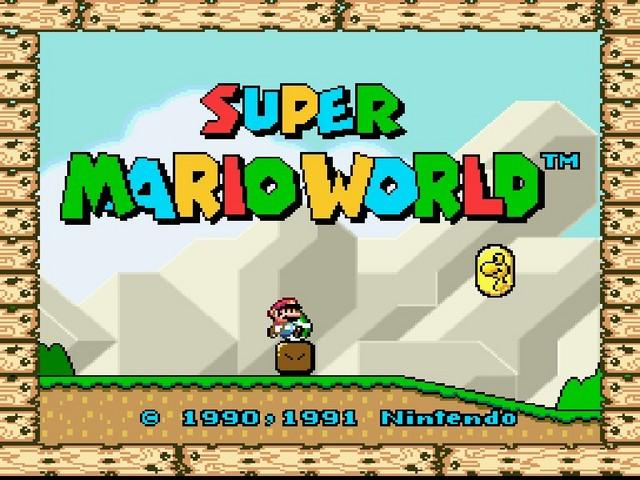 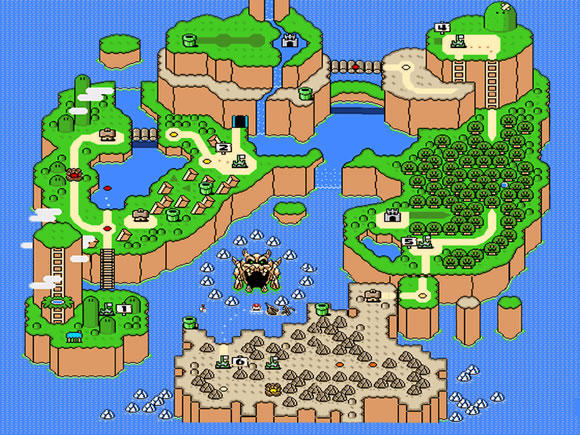 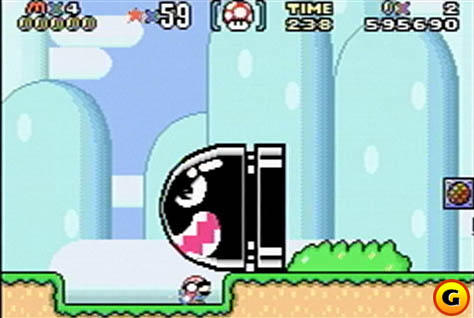 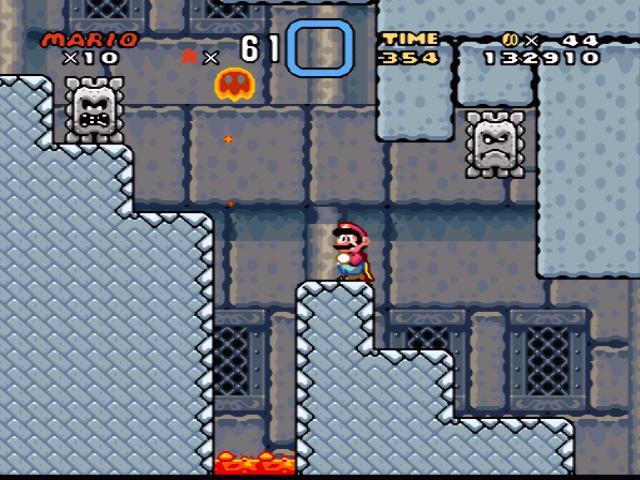 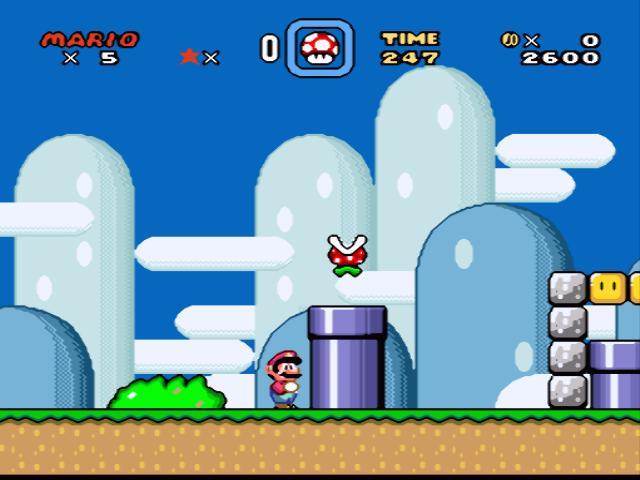 As far as gaming goes, I'm a bit of a late bloomer.

Being born in the golden age of gaming, one would think that by the time the Super Nintendo launched, I would've been primed and ready for pure gaming bliss. This, however, was not the case. In 1991 I was engrossed in the world of outside play and paid no attention to what was going on in the virtual world of videogaming. My friend from across the street had Excitebike which we played from time to time, but it did not really interest me all that much. Little did I know at the time, things were soon to change...

Of all of my presents from the Christmas of 93', my new SNES surprised me the most. First of all, I didn't even ask for the dang thing, so it came as a complete shock when I unwrapped the aptly titled "Super Set." For the first couple of weeks I actually didn't even play the lone title that came in the package, allowing my dad to do the dirty work of discovering how to play our new device. But, my initial reservations soon wore off and started playing one of my favorite games of all time, Super Mario World.

From the title screen on, SMW is packed full of action, adventure, and everything else you could ask for in a videogame. To describe it as revolutionary is simply an understatement. SMW's open-ended stages, multiple paths, numerous worlds and overall massive scope can only be described as (nearly) perfect.

Following up one the greatest games of all time, Super Mario Bros 3, was a momentous challenge for Nintendo no doubt. I, for one, think that they succeeded in creating a deeper, more cohesive world, a larger quest, and an overall better package in SMW. All taking place in Donut Land, SMW follows Mario, Luigi, and their dinosaur pal Yoshi through the wide open Donut Plains, the dark caves of the Vanilla Dome, further into the tricky Forest of Illusion, and concluding in Bowsers' Keep. Although one could choose to go the linear route, there are countless other worlds in which Mario can visit that extend his journey all the way to the stars...

Although it was the first game on the SNES, SMW stuns with its production values and graphics. In general terms, SMW looks awesome. Although simplistic in design, the graphics are a sight to behold and perfectly fit the overall theme of the game. Every character stands out and makes his or her presence known. From the eight Kooplings, to Yoshi, Bowser, and even the lowly Goombas, every creature packs a visual punch. Also, each world has its own theme which separates it from the others, in the end making each different area a new experience.

Musically, SMW pleases with its catchy tunes and upbeat melodies. To this day I can hum a large percentage of the games' music. Although not quite as widely known as the classic Super Mario Bros first stage and cave music nor the Super Mario Bros 2 grass stage ditty, SMW has a lot of its own awesome tuneage. Very rarely does the music fail to stand up with the other parts of the game in terms of overall quality. As is the standard for Mario games, the sound effects are top-notch across the board. Thankfully, SMW was released before Mario received his "voice," so the player is treated with the timeless beeps and boops of the Mario of yesteryear.

As is the standard for most Super Mario releases, Mario handles wonderfully. I would wager to say that if someone who had never played a platformer before could pick of SMW in a matter of a half to a full hour at most. Mario can turn on a dime, jump in countless directions, and fly anywhere the gamer sees fit. Overall, Mario is a joy to control.

No game is perfect and although SMW is close, it does have one problem. The game is just plain easy. Although it could take hours for one to fully realize every stage, Yoshi Coin, and secret world in SMW, very rarely does the difficultly ramp up enough to force the player to worry about dying too often. There are a couple of stages here and there that may cause some hassle, but for the most part Mario can skate though each level with relative ease. Across the board, however, Mario games have not been recognized as a hard series, so SMW kind of follows the trend in that respect.

In conclusion, if you have not played this game in any form, (at this point it has been released on the SNES, Gameboy Advance, and on the Wii Virtual Console) I urge you to give it a shot; you will not be disappointed.