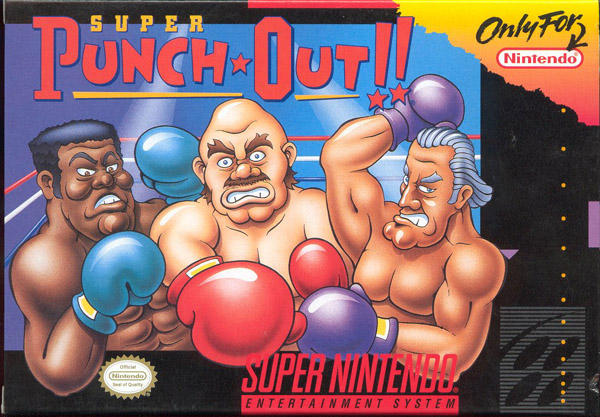 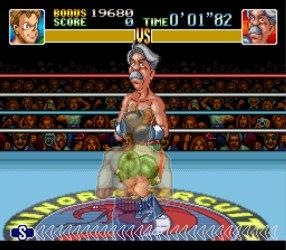 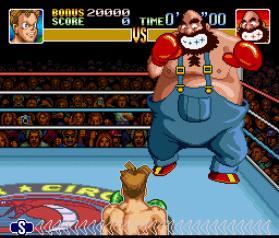 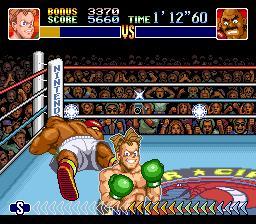 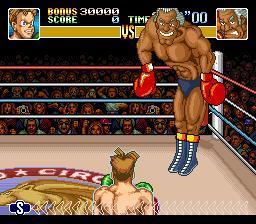 History has treated Super Punch-Out!! unfairly. When released in 94', the sequel to Punch-Out!! was a hit for Nintendo. Filled with classic opponents, bright, colorful graphics, and rock-solid gameplay, Super Punch-Out!! provided gamers with a diversion from some of the more time-consuming titles of the era as well as an entertaining afternoon of pugilism. Over time, however, the SNES title has been brushed aside as inferior to its prequel. I feel as though the excessive love for the original Punch-Out!! comes from the nostalgia of it being an older game and the fact that Super failed to have the indomitable and infamous Mike Tyson on the cover. With Mr. Tyson's lack of support notwithstanding, Super Punch-Out!! is every bit as classic as the original and arguably just as fun to play; in the end making the SNES entry just as essential of a play as it's precursor.

From a technical standpoint, Super Punch-Out!! is just as remarkable as it's prequel in the gameplay category. From the moment the first fight begins, the game is as pick-up-and-play as they come. Your character, who is a mere unnamed brawler, is stationed in the middle of the screen and it is up to the player to duck, dodge, and punch your way to victory against the various opponents throughout the four circuits. Unlike Punch-Out!! which featured a round system much like real boxing, Super strips it down to a single, three minute round in which you either beat your opponent, be beaten yourself, or run out of time. Although the lack of rounds strips the game of the strategic (and taunt-filled) interludes, Super Punch-Out!! is nonetheless a blast to play. As far as button responsiveness is concerned, Super is flawless. Dodging and attacking is a piece of cake and although you may take a beating at first, the controls are not to blame.

Graphically, Super Punch-Out!! went above and beyond what was considered the "standard" for sports game graphics when it was released. Staying true to the simplistic nature of the game, Super Punch-Out!! is by no means a technical showcase. Yet, featuring vibrant and expressive characters, lively ring-sides, and crisp graphical motion, Super Punch-Out!! delivers in spades. Time has done little to dull Super's visual punch as the graphics can stand up to any two-dimensional game on the Game Boy Advance or the DS.

For the most part, sports games are rarely known for their music. In the modern generation, soundtracks are filled with licensed music by the popular bands of the time-period. In the older eras, however, developers were forced to come up with background ditties that maintained a lively atmosphere yet did not intrude with the gameplay. With music playing such a diminished role, generally the soundtracks featured generic, uptempo songs that felt un-apologetically cashed-in. Super Punch-Out!!, however, features some refreshingly pleasing music that can really be appreciated on its own merits. Although nothing earth-shattering, the soundtrack in Super is quite catchy and really adds to the boxing atmosphere.

In terms of replayability, Super provides endless pugilism for those who are interested. In the "fight for the title" story mode, your character must challenge four boxers in each of the four circuits (Minor, Major, World, and Special Circuits), totaling to 16 unique opponents in the end. Each time a circuit is beaten, the next one is unlocked, although the Special Circuit can only be accessed after beating the first three circuits without defeat. After the first circuit is complete, a simple "Time Attack" mode is unlocked wherein you are allowed to fight any of the combatant's which you defeated in story mode as many times as your heart desires. Although seemingly uninspiring initially, Time Attack is where you will spend most of your time after all of the circuits are beaten and the reason becomes quite obvious after a couple of go-rounds: defeat times. Every combatant in Super Punch-Out!! has a rigid, unchanging series of attacks that once discovered can lead to some very brief bouts. Therein lies the challenge, however, as the player has to memorize the opponent's routines as well as pull off well-timed counter punches and defensive tactics to a tee in order to attain the coveted lowest time. Hours, upon hours, upon hours, can be spent toiling to hone your times down the smallest of split-seconds.

In the end, based on it's own terms, Super Punch-Out!! is a great game. Featuring vibrant graphics, tight gameplay, limitless replayability, and an enjoyable soundtrack; Super does it all. Although Punch-Out!! tends to receive more praise and popularity, I do not feel as though the SNES entry deserves any less praise. Conclusively, regardless of it's notoriety or lack thereof in comparison to it's prequel, Super Punch-Out!! is an excellent title in a genre that has a severe shortage of quality entries and is one that will assuredly win your heart.