Sadistically difficult at points, but don't overlook this first Turtles installment on the NES 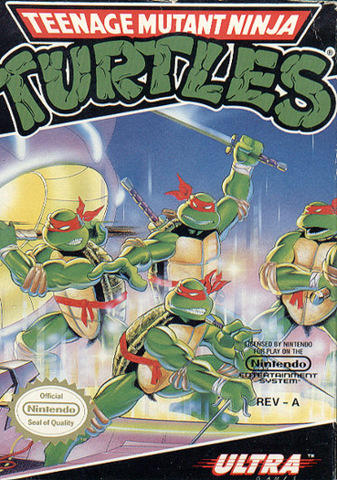 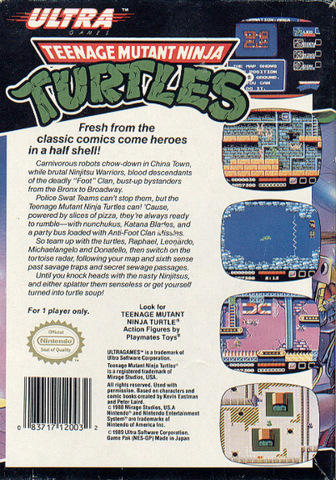 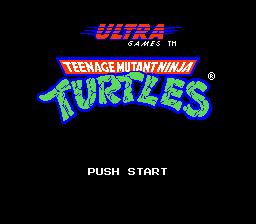 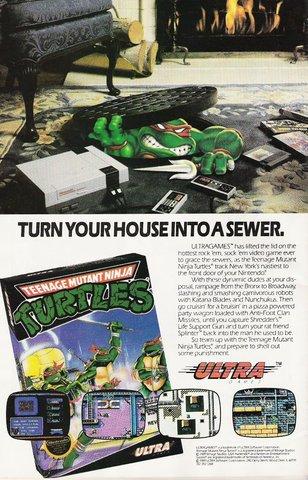 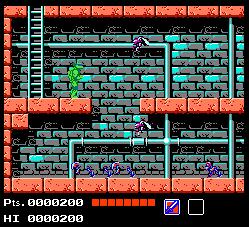 I recently watched the video of The Angry Nintendo Nerd's scathing review of the first installment of TMNT's trilogy for the NES, and it prompted me to give this game a serious try again. I figured the inital difficulty of this game was due to the target market being pre-adolescent, and what I found was that I was only partially right. While this time around I was able to make it past the 2nd level, I don't think I will ever be able to make it to the final boss without my trusty Game Genie.

The producer of the game, Ultra (one of Konami's subsidiaries) should have realized they made the game too difficult for its target market. Enemies are too plentiful (as well as abstract... people of fire that throw other little people on fire and the various insectoid baddies really don't make any logical sense) and will often reappear if you decide to backtrack. Some of the platform jumping (especially in the first 3 levels) is sadistic, at best. I honestly haven't thrown my controller this much since the original Ninja Gaiden!

That's not to say Ultra didn't get anything right. There still is Splinter and April O'Neil helping you along the way, and bosses include Bebop, Rocksteady, The Technodrome, a giant Mouser, and ending with big bad Shredder himself. And just like every TMNT game after this one, Shredder does utilize that ray attack that turns you into a baby turtle, causing you to lose a life. However, since you only have the four Turtles (one each that you can swap in and out by hitting START and selecting from a list), a single ray shot will cause the game to start the boss battle over, further increasing the difficulty.

If you watched the TV show back in the 90's, you remember this game. Either you or one of your friends had it, and it was generally too hard to be any fun. But I suggest that you give it another shot now, as has gotten a little easier now that we're all older. Given that a TMNT cart goes for next to nothing on eBay currently, it's a dirt-cheap way to kill an afternoon as well.
Review Page Hits: 1 today (1,181 total)
mediahook