The Temple of Elemental Evil (PC)

A classic Dungeons & Dragons module made into a game. While it could have been a great RPG, you get a bug-filled adventure instead. 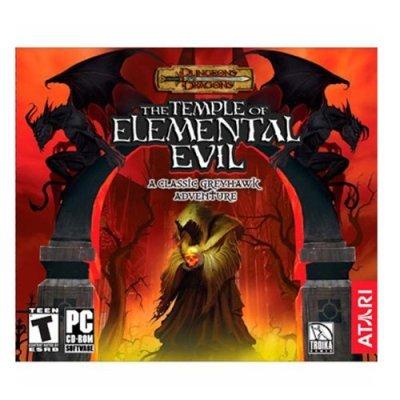 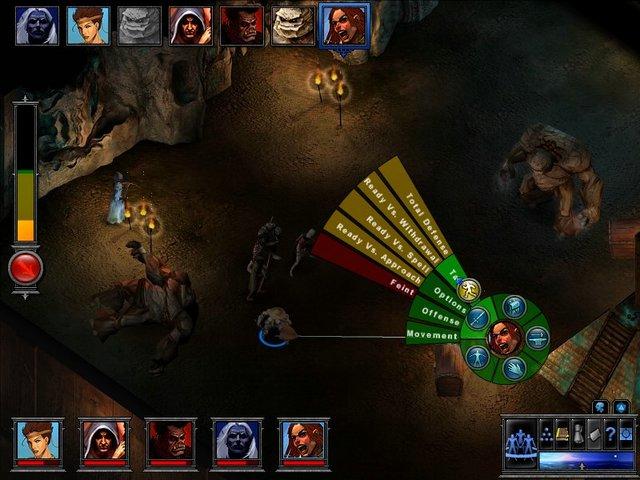 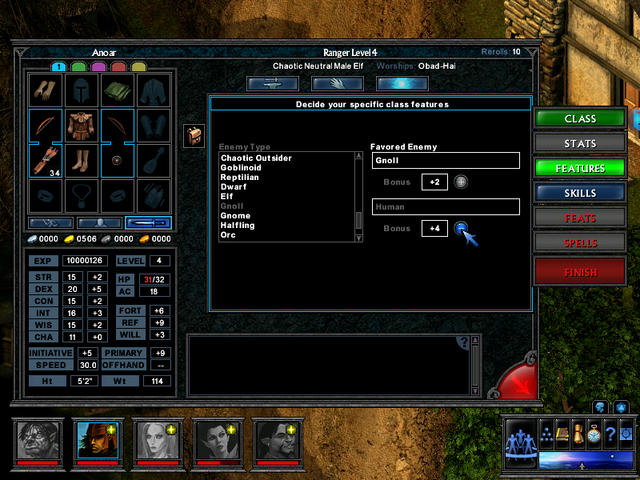 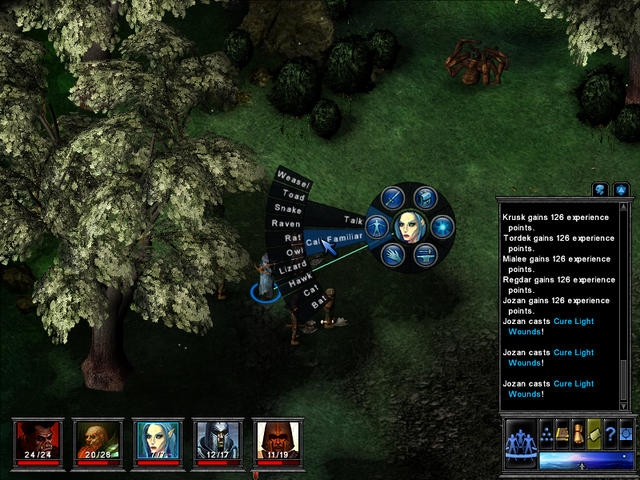 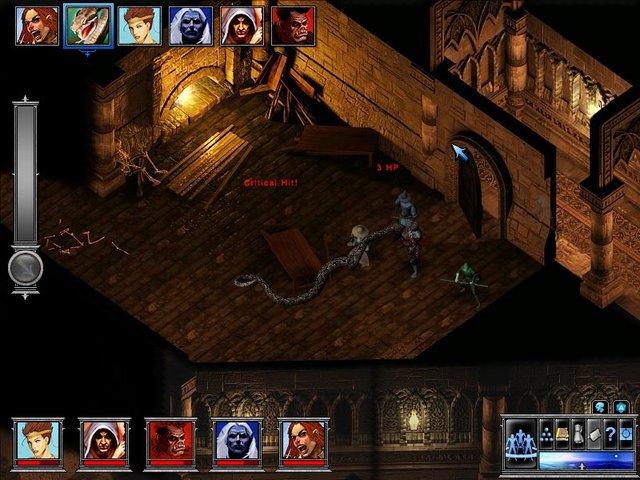 The Temple of Elemental Evil is a very popular Dungeons & Dragons (D&D) module, but unfortunately Atari did not do a good job of creating a computer game out of it. Of course, this is just my opinion, or you can look up all the problems associated with it to see the evidence as well.

First, the main plot of the game is that an ancient temple has been over-run by evil creatures, wizards, and everything else you could imagine. In fact, the temple has been divided into the four known elements (Earth, Wind, Fire, and Water), and each one has a section of the temple all to their own, to do as they please. You and your party of adventurers seem to be the only hope of stopping this horde of evil from spreading to the surrounding villages.

Gameplay
As you can already surmise from my rating, this game did not impress me, because most of the problems seem to be associated with the gameplay. The first, and the most annoying, thing that came to mind was the extremely slow scrolling through screens, and the slowness of bringing up the radial menu. Normally I would blame this on my old computer system, but when I looked up information on this game, I found that this was, in fact, a normal occurrence on any computer system. Anytime you tried to move your party to a new section of the gaming screen, it takes forever. Your party of adventurers can be up to eight characters strong, five of which are created at the beginning of the game before you begin to go on quests or battle evil monsters. The other three can be hired during the game and require a certain amount of your treasure to retain their services.

Another issue that I personally found somewhat unbalanced was that most quests, and even the initial party creation, favored towards an evil-aligned party. In fact, during the initial party creation, if you had any good aligned character, like a paladin, then most of the pre-generated pool of characters would be unavailable. This problem really became a nuisance once you made it to the temple, because you could not take on a single quest without losing some of your class abilities. So really the only thing you could do was wipe out the entire temple, which is virtual suicide. Speaking of quests, that was yet another issue. There were some quests that would not count as being completed, even if you found the needed orb, gem or whatever item was asked to be fetched.

I also seemed to constantly have a problem with encumbrance. I understand how this works in most RPGs, and I even see how it adds to the gaming experience. But what was confusing with this game was that over-encumbrance occurred before my characters even had a load that was over their maximum weight limit. Some times it would even occur before my character had reached less than half his/her weight limit. Also, I would have liked more safe areas to rest. The villages did have taverns and inns that you could rest in, but the real problem came once outside of town.

Most of the time you tried to rest outside of town, your party was interrupted by a group of nasty creatures. Granted, the game would have been too easy if you could rest anywhere and restore your health points, but having a slight chance of an un-eventful rest is always much better than barely any chance at all. One last gripe, and that is the turn-based combat.

For the most part, I have no problem with this style of combat, but I do not think it belongs in a fantasy RPG like this. There are patches available that would solve many of the game's problems, but I still think that Atari could have done a better job of putting out a game that does not need several patches to fix a large list of bugs. Regardless of all these problems, I did find one gem in the gameplay, and that was the incorporation of multiple endings. Many times during the game, you had to make a choice as to whether your actions would be viewed as evil or good. This really became a deciding factor when you entered the temple, because you basically could either join the temple and become a Grand Master, or try to take out as many of the inhabitants as possible.

Graphics
The graphics were the highlight of this game. The towns, dungeons and surrounding countryside all looked very nice and were well rendered. Spell effects were done nicely, with missile spells actually being able to hit more than one target, traveling all over the room. Also, the appearance of your characters changed whenever you equipped them with new armor or weapons.

Sound
This was a fairly decent aspect of this game. The background music was foreboding, and the dungeons came complete with eerie noises. Some NPC's (Non Playing Characters) had voices to them, but sometimes there would just be text. You get to assign a voice track to each member of the initial party of five, but really the only time you hear those voices is when you give them move commands or some other kind of action.

Learning Curve
There was a tutorial section on the main menu, and it covered some of the mechanics of the game. But I felt that this game's tutorial could have been much more thorough. It covered movement, lockpicking, combat, spell usage, and dialogue, but when you get into the game itself, you find that there really is much more to it than what the tutorial touched on. The tutorial's only saving grace, in this regard, was that on the bottom right hand corner of the gaming screen, there was a helpful pop-up screen that could be accessed anytime during the game.

Replay Value
As you can see from my rating, I don't expect to play this game again anytime soon. If they ever put out another version that has all the patches included, then I might reconsider. I know that one of the reasons that I was so hard on this game was because I have played all the Baldur Gates, Icewind Dales, and Neverwinter Nights. When you have played all those titles, it is very hard to find another fantasy RPG game that even comes close to matching the same in-depth gaming experience that those titles have to offer. I know these are some high standards to live up too, but when you can't even make it as the bastard step-child, then that's pitiful.