Return to Sin City for intense, tactical warfare - though you may get that deja vu feeling the entire time. 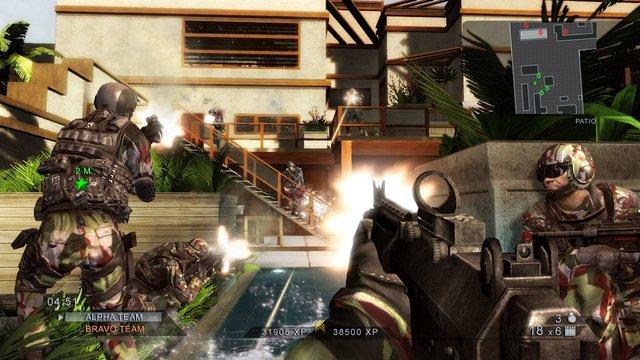 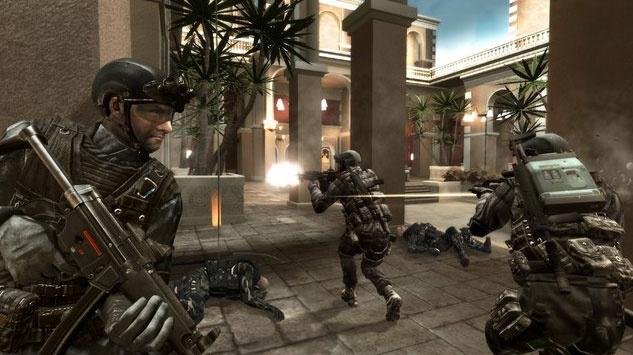 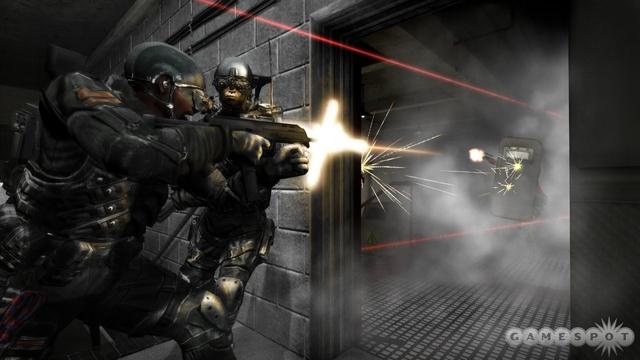 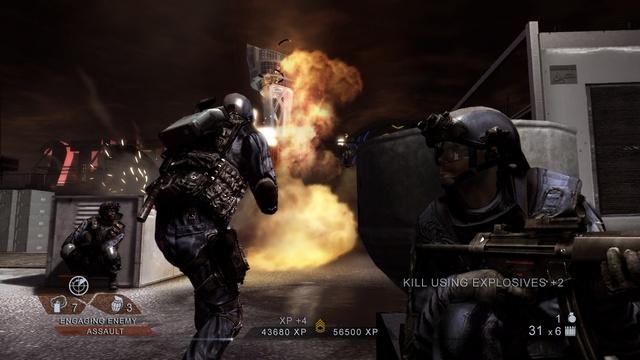 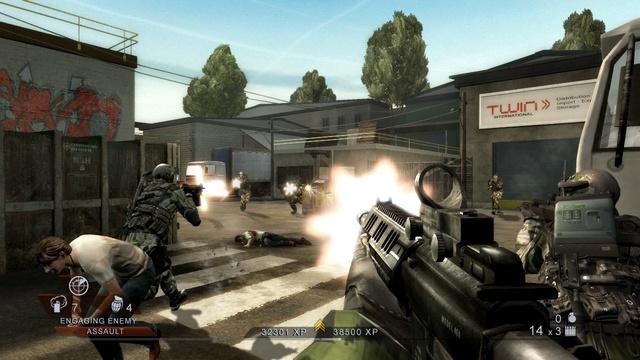 The first Rainbow Six: Vegas put new life in the series, adding a new cover mechanic (press and hold the L Trigger to snap your back up against a wall and put you in the 3rd person view), a more enjoyable locale to shoot up, and a great multiplayer mode. The sequel to perhaps on of the best shooters of yester-year is, without a doubt, more of the same. In this case, though, that isn't exactly a bad thing.

The first thing you will do when popping in the game is to create your own virtual character. He will be the man you control through both the single and multiplayer segments of the game, though you can go back and change him around at any time. You can choose your weapon sets for both single and multiplayer, which you will be doing a lot of as each level can be played out multiple times with different loadouts.

With the CoD4 style of earning new weapons a big hit, Vegas 2 has decided to expand upon the formula a little bit. Instead of simply earning XP for multiplayer kills, which earns your points in a system called A.C.E.S. (which basically splits up your kills into 3 categories which are in charge of what new weapons you unlock), you can now earn XP in the single player campaign. This is a nice addition, as it rewards new players who go through the campaign before jumping online, and TRIES to put them on the same playing field as those who simply play multiplayer (more on this later).

New features now include a sprint button (the L Bumper). While you wouldn't think this would make much of a difference, it speeds up the gameplay a lot. Instead of being forced to saunter from cover to cover as you push up against the enemy, now you can dash across the open areas. It also makes getting around the multiplayer maps much easier.

The single player story takes place mostly before the first game, with the last two levels or so continuing the fight from the first game's cliffhanger ending. The first level is more of a tutorial mission, and takes place a few years before you are scaling the skyscrapers in Vegas. It tries to set the scene for the game, and attempts to kind of rope you in.

Unfortunately, you spend more time going from scene to scene to see what new fight situation you manage to get yourself into, rather than what happens next in the story. The ending in particular tries to get emotional, though its comes off as uninspired and forced (and if you are playing on Realistic, an absolute nightmare to get through).

One thing not forced, though, is the graphics. The first Vegas was a benchmark for the Xbox 360, a hard thing to do as it was released near Gears of War. While the graphics now won't make your jaw drop as much as it did before, but the new bullet effects, gear hanging off your SWAT team, and environmental effects are pleasing.

Sounds are good too, from the chattering of machine gun fire blasting apart window panes to the thunks and tinks of bullets playing off your cover. The voices in the game are fairly well, though the script having some better work done on it would definately have helped.

One slightly disappointing aspect is the environmental damage, which is still not to scale as games like Call of Duty. Blasting a computer monitor with my M4 on automatic should do more than just make a bullet hole, it should blast it apart, or at least move it across the desk a measly inch. I guess the computers in Vegas as made of steel and concrete.

Now onto multiplayer, which is still as great as before.

Some maps return, and there are a good bit of new ones. Modes are still the same, and you can still run through the entire story in co-op (though it has been scaled back to 2 players from 4, but the host player can now control two NPCs).

The one gripe new players will have with mutliplayer is the skill levels of other players. Vegas was an immensely popular multiplayer game, and if you are picking up the series for the time or coming from a more arcade game-type like CoD4 or Halo 3, you WILL be dying a lot. And I mean a whole lot. It sometimes feels like I am the only person in the room who hasn't been playing Rainbow Six for the last year straight before this sequel came out.

So, looking back, this game is a great game. As sequels go, it doesn't disappoint. It's got the great graphics, awesome gameplay, and deep character customization to have you playing it for the next few months, but unfortunately you will go through the game just feeling like you have done this all before. Except now this time the last level will make you cry in frustration.
Review Page Hits: 0 today (403 total)
mediahook